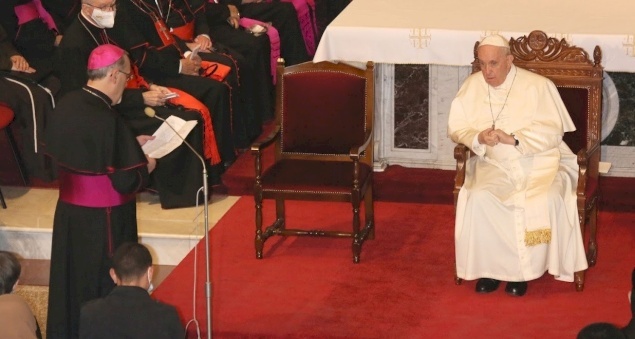 Cyprus: Speech of Patriarch Pizzaballa during meeting with Migrants Available in the following languages:

Meeting with Migrants in Cyprus

In the past two days you have met many different, beautiful realities of Cyprus, the life of the civil society, the life of our Church, you have also experienced the warm welcome of the Orthodox Church and of many other notable initiatives. This morning your Holiness has met the joyful Catholic community present on the island.

Now you turn your gaze to the painful and difficult reality that exists on this island, in which the daily dramas of the Mediterranean are symbolically presented. First of all that of the thousands of families of refugees and migrants, coming from different parts of the world, especially from the tormented Middle East, which our island faces. Cyprus, in fact, is first among the islands of the Mediterranean to experience the tragedy of thousands of migrants, fleeing war and misery and who stop here, with no way out and who have no clear prospect for their future. Later you will listen to some testimonies, which will present this reality in a certainly more effective way, because they are direct, personal and come from personal experience.

It is a reality that is not spoken of, except for some particularly dramatic moments; it is hidden from the eyes of the majority of the population. But no matter how much you want to keep silent about it, it strikes the eyes of anyone who is attentive to what is happening around them. We are speaking about thousands of people, who cannot remain invisible.

The drama of these people reminds us that the phenomenon of migration is not a local phenomenon, it does not concern any nation independently: neither Cyprus, nor the Middle East, nor North Africa, Greece, Turkey, Italy, Poland. It is a global phenomenon, that is present everywhere and which requires global responses, and about which the international community cannot fail to question itself. History teaches us that erecting barriers is never the solution, because barriers represent fear, erase any promise of the future and highlight our lack of vision. It is this vision that is badly needed both here and in the rest of the world. The countries of the first world cannot ignore that their future also depends on the response to this serious problem. The future of Europe is decided in the Mediterranean, where not only the sources of energy and wealth pass, but also human resources, people and populations, which we must confront and without which there will be no development, no future.

Holy Father, you have rightly and repeatedly stated, our social, economic and development models necessarily require rethinking. They produce wealth for some and poverty for many, they are causing an increasing problem of pollution and migration of thousands - perhaps millions - of people, behind each of which there are enormous family and personal dramas, which do not make the news, but which leave a profound mark on their lives.

Our Church obviously is unable to influence these enormous processes, but it can listen to the voice of these people, give them a face and a name. This is our mission: to restore dignity and identity to people who perhaps many would prefer not to see or meet, but who exist, are real and await our response. It is the Lord himself, through them, who knocks on our door, who turns his gaze towards us, who questions our conscience. We cannot ignore this, we cannot be silent.

I would like to take this opportunity of thanking the many volunteers, laypeople and religious, Cypriots and those coming from all over the world, who dedicate themselves here to supporting migrants on this island. Thanks to you, they find a place to be heard and be supported.

We accompany you with our prayers, with our gratitude for this brief, but intense visit, for the words you have transmitted to us and for the path that you have indicated to us. 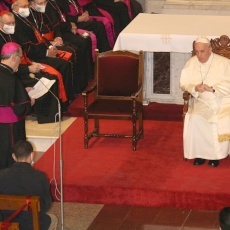 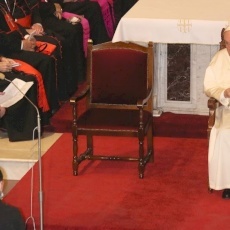 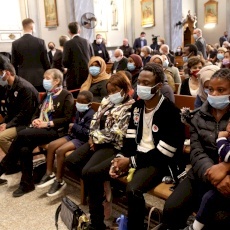 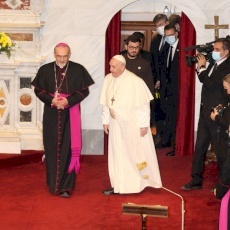 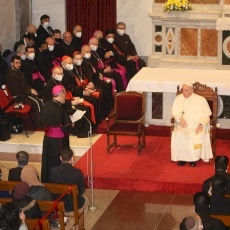 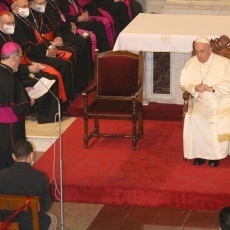 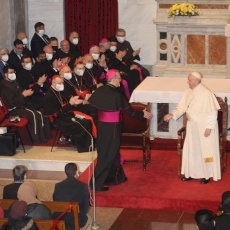 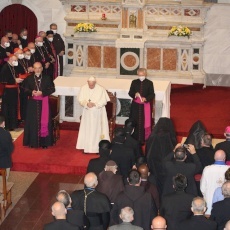 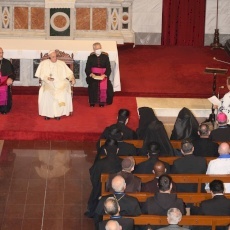 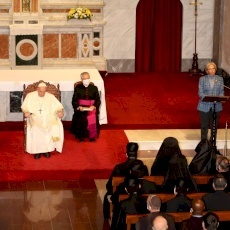 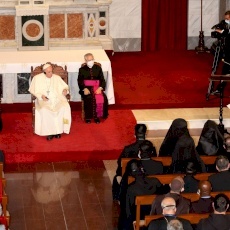 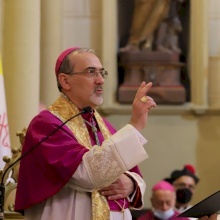 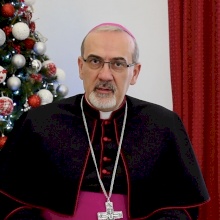 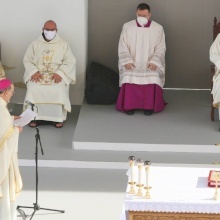