Homily of Archbishop Pierbattista Pizzaballa for the funeral Mass of Br. Yohanan Elichai 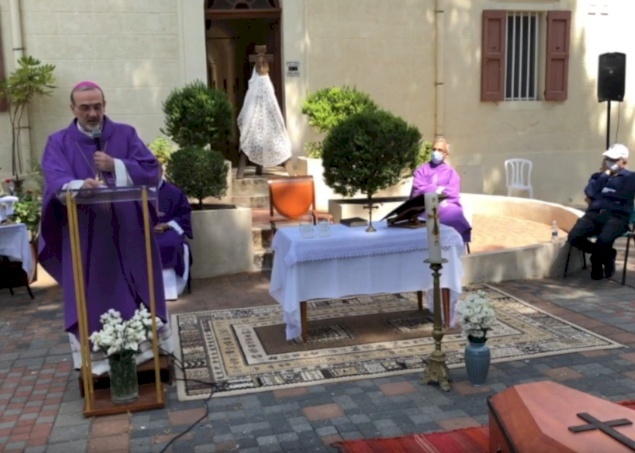 Homily of Archbishop Pierbattista Pizzaballa for the funeral Mass of Br. Yohanan Elichai Available in the following languages:

Our brother Yohanan is no more with us!

It is hard to imagine the Hebrew-speaking Catholic communities without Yohanan. He was here from the beginning, not just as a presence but as a thinking mind, a beating heart, an accompanying soul - and of course with the gift of defining in precise Hebrew our calling as Jesus’ witnesses in the Jewish society in Israel, and giving us the Hebrew words to express it. I will add: not just how to say it, but how to sing, to praise and give thanks… a man of the Hebrew language and of Israeli song. Since the 1950’s, he accompanied the kehillot as a midwife. He encouraged and supported, opposed and criticized, pushed and pulled, and at each step he had something to say. It is hard to realize that he is now no more.

His love for this land and all its inhabitants, his loyalty to the Jewish people and his deep bond with the Hebrew and Arabic languages shaped the life of the man who also remained faithful to the end to the Messiah and his Church. Three characteristics of his personality come to mind when I remember him sitting before me, with his penetrating gaze:

Yohanan was a man of love. His life was given to the call to leave his homeland, to take root in this land, to penetrate the depths of its soul and to adopt a people and a country with whom he would identify until the end of his life. He first came to the Middle East in 1946, and so began the journey that would continue until his last day. In that year, he crossed Israel by a train which took him from Egypt to Lebanon (it is hard to believe that just a few decades ago such a thing was possible and that someone of our own time could have done it, as today it seems impossible), and returned a year later as a pilgrim. After two more visits when he had become a member of the Little Brothers of Jesus, he came to stay in 1956. However, his life in Israel, which was to continue for 64 years, began spiritually long before then. He often told that the turning point in his life came when he looked at the pictures hanging outside the American embassy in Paris after the liberation from the Nazi occupation, pictures of the horrors of the Shoah. He was then eighteen. He always explained: “Why am I here? Because of that.” The 18-year old had an experience there of the burning bush, and there he answered “here I am”.

Yohanan saw the developing reality in this country, and out of his deep love for the Jewish people could also be critical, especially during the last years when events in the painful and ongoing conflict here greatly weighed on him. He dedicated himself to building bridges through his impressive project for teaching Arabic to Hebrew speakers and his documentation of the Palestinian dialect of the Arabic language. So far, he has not succeeded in bringing peace (and there is no doubt that he will continue his efforts from where he is now), but as a man of love he did not abandon his love even when the defects of the beloved became apparent and caused him great pain.

Yohanan was a faithful man. Frequently faithfulness is revealed in moments of pain and disappointment. There were many such moments over Yohanan’s long life. Anyone who loves much will also know much pain. First of all, the discovery of the horrors of the Shoah raised many questions about the Christian heritage on which he was raised. Yohanan did much to increase awareness of the Church’s responsibility in her complicated history with the Jewish people. Despite the criticism and the struggle to bring about change, Yohanan was faithful to the Church until his dying day. The two of us spoke a great deal on the topic. He was patient with me. It was hard for me at first, as a man who comes from a decidedly Catholic culture, to understand what was long clear to Yohanan: our responsibility as Christians in what happened. He did not only insist on teaching me about the painful history and our responsibility, but also about the change in the Church that began in the 1950’s, and overwhelmed me with documents from a number of bishops in the Church… He was full of hope (and sometimes disappointment) when various documents on the topic of the Shoah or Jewish-Christian relations were published.

Even among the Hebrew-speaking Catholic community he did not always feel he was understood. The vision he spread out before his listeners was not met by enthusiasm from all of them, and over the last years he frequently expressed his fatigue and disappointment, yet this never prevented him from coming on Sundays and holidays to Mass in the Jerusalem community, to participate in the Eucharist and express his affection and encouragement to the members of the community.

Yohanan was a man of the Beatitudes. We heard the reading from St Matthew’s Gospel that is frequently heard at funerals. The words of the Beatitudes are very familiar to us. The verses of course describe Jesus himself, poor in spirit, mourning, humble, hungry and thirsty for justice, merciful, pure in heart, peacemaker. One who believes in Jesus knows that he/she must internalize these characteristics as the rule of life according to Jesus’ teaching – and form him/herself in accordance with the figure of Jesus as he is revealed by the verses of the Sermon on the Mount. I know that Yohanan contemplated his Master and Lord revealed on the mountain, the man to whom he entrusted his life as a disciple Yet for us who knew him and learned from him, Yohanan was also a messenger of his Master. It is not easy to live by this rule, and there is no doubt that it was also difficult for Yohanan, yet I am sure that for us today I can say that we have lost a living witness of the Beatitudes, an image of a loving and faithful disciple… and we have gained another person who prays for our communities in heaven, for the whole Church, for the people and the land of Israel.

One more word about his “dream”. Those who were close to Yohanan know that he was a man who had a “dream”, from his youth to his final days. He never ceased to dream. In this, he was a man of his generation. The generation that witnessed the catastrophe of the Second World War and the Shoah, but also the period following the war. And what characterized that period was an urge, a desire for change. They wanted to change society and to build a new and different world, in order that what happened should never happen again. The world of the Church shared the same urge: to change the face of the Church (and ten years later we would see the Second Vatican Council). As I said in the beginning, Yohanan wanted to identify with the Jewish people, but he also identified with these movements.

He arrived in Israel with that hope and that urge: to change and to build. And with that hope he began, together with other members, the Hebrew-speaking Catholic communities. He wanted a Church with its roots among the Jewish people, speaking Hebrew. Not merely a Church that would express its Christian faith in Hebrew words (and most of the Christian terms we use today he invented, such as the word for “Communion”), but also a Church that would express Christian concepts in a manner understandable and acceptable to the Jewish people. That was his way of expressing his identification, proximity and love for the Jewish people.

What is left of his “dream”? I do not know. History will tell us. But he leaves us a precious heritage. I do not know if the content of his dream will come to be sooner or later, but I know that we must learn from him to dream. Dreams are the basis for all hope, all urge to build, for looking ahead….

I ask myself if we today are able to dream, if we have the same urge and desire that characterized his generation.

This is Yohanan’s heritage. Perhaps we will not be able to identify completely with his dream, for we live in completely different times. Yet we must commit ourselves to continue to dream.

Yes Yohanan, continue to nudge us so that we do not settle down, so that we always have the urge, the hope, the will to change, to build with the same faithfulness and love you showed us throughout your fruitful life.

May your memory be a source of blessing! 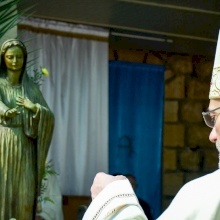 Homily of Patriarch Pizzaballa: Solemnity of Mary, Queen of Palestine and... 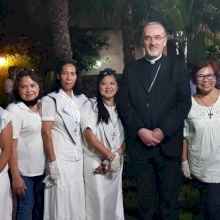 Homily of Patriarch Pizzaballa: 500 Years of Christianization of the Phil... 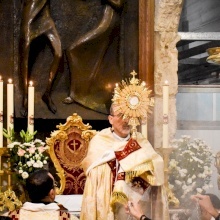