Meditation of Archbishop Pizzaballa: Third Sunday of Easter, Year A 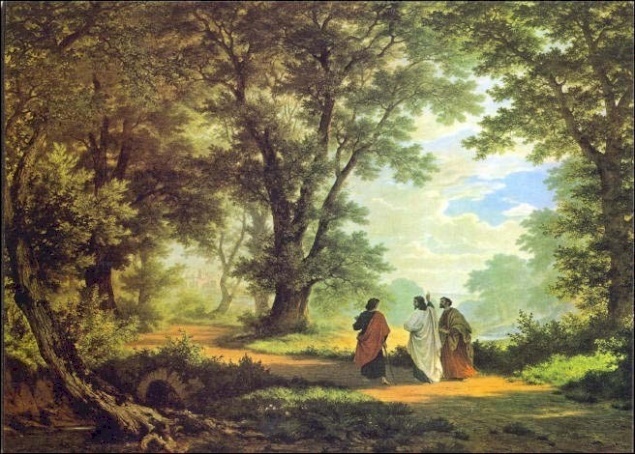 Meditation of Archbishop Pizzaballa: Third Sunday of Easter, Year A, 2020 Available in the following languages:

In the days following His resurrection from the dead, Jesus makes himself present in the life of His disciples and finds them all unable to meet him. The Gospels emphasize their incredulity.

Last week we saw that of Thomas, but it is like this for everyone: even for those who had shared with Jesus more closely the public years of His life, the encounter with Jesus, with the Risen Lord, is never a given (cf. Mk 16:11, 13; Mt 28:17).

For this reason, He puts in place with them a type of “strategy” that makes them able to recognize Him and, therefore, able to enter again into a relationship with Him; or rather, we could say, that He makes them capable of a new relationship with Him. The resurrection is fully accomplished, not only when Jesus comes out alive from the tomb, but when, alive, He re-enters the life of His disciples, when, in a definitive way He is again the heart of the life of the individual believers and their communities.

In the passage of the Gospel of the disciples of Emmaus (Lk 24,13-35), which we hear today, we see that Jesus gives His people a new look, a new ability to see.

In verses 15-16 we read that Jesus approaches them while they are on the way, but that they do not recognize him, because their eyes were “obstructed”. They were hindered, because the evangelist Luke stresses that their gaze is sad (“They stopped, with a sad face” v.17), and it is sad because their story, their understanding of the things that happened reaches only to death, incapable of going further. They no longer expect anything and think nothing more can happen.

It is true, they relate, there are signs of something that goes beyond death: the women went to the grave, they no longer found the body, they had a vision of angels (Lk 24,22-23), but ... There is it is a “but”, which shuts down every possible continuation of history.

Jesus does nothing except restore memory to the two disciples which they had lost, the memory of Scripture. It is this memory that makes it possible to re-read the same events with a new light, a light that restores the link between the events and the history of salvation, the plan of God. It is not an intellectual operation, but it is something that awakens in the heart, like a mist that slowly fades away, and restores space to light and warmth.

Then it happens that the disciples open, they want something again. They want to continue listening to a story so told, in a new way, which they, alone, could not have done.

The recognition of the Risen One is gradual, and, in this case, it does not happen without the disciples desiring it, asking for it.

When the mysterious wayfarer, in fact, shows that he wants to go on his way, shows that he wants to leave them, they sense that the relationship with this wayfarer must not end. They still haven’t recognized him, but they have opened their hearts to the meeting, they have opened themselves to something other than their story, their perspective. And they insist: “stay with us” (Lk 24,29).

It is only when Jesus makes a familiar gesture for them, that of breaking the bread, that, then, they finally open their eyes (Lk 24:30-31).

We would expect that a meeting, a dialogue, followed the recognition. But no.

As soon as they recognize Him, Jesus disappears from their sight (Lk 24:31). We could say that Jesus has achieved His purpose, that of giving His people a new look, capable of seeing Him within life, within history.

Now, therefore, His ‘physical’ presence is no longer necessary, and He can leave them. When Jesus disappears, the community reappears: the two from Emmaus make a quick return to Jerusalem, to the community of the disciples, which is re-established starting from the common experience of having met the One who is truly alive, and Who is present in the life of his disciples.