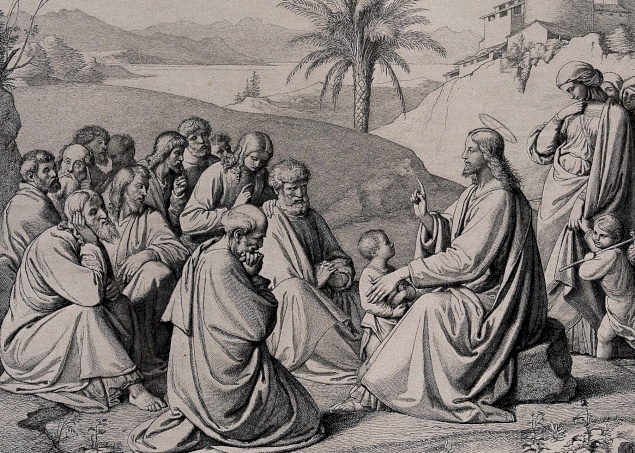 Meditation of Archbishop Pizzaballa: XXIII Sunday in Ordinary Time, Year A, 2020 Available in the following languages:

The passage of the Word of God today (Mt 18:15-20) forms part of the fourth discourse of Jesus reported in the Gospel of Matthew. This discourse, as we know, is called “ecclesial” because it concerns Church life, the style of community life whose call is to live the Gospel, in the footsteps of Jesus.

Before entering the actual passage, let us start with a few notes.

The ecclesial discourse of the eighteenth chapter is the first of the speeches that Jesus gives after having announced the event of the cross to His disciples, as we heard on the previous Sundays. We could say that Matthew nestles it between these announcements, two of which (Mt 16:21; 17:22-23) precede it while one follows it (Mt 20:17-19).

Then we could say that this fourth discourse applies to those who live by following the Lord Jesus and share His style of love, of free self-giving, those who pay with their life the price of love to the end. For those who are in this way, for those who live the Beatitudes, Jesus proposes a model of community, one form of life together, that reflects in its various aspects the beauty of relationships in which the other is a valued brother, to whom to give one’s self.

The second remark comes to us from a look at this chapter eighteen, which does not begin with the theme of fraternal correction. Jesus’ evangelical proposal for His disciples’ community does not bring us, in the first place, to reflect on how to correct others, those who are near us. It begins someplace else: first, there are three passages.

From that which Jesus places at the center of the community (Mt 18:2), the first passage comes to us. A child gives it: the greatest, the most important, is not the one who presides, who has responsibility, but the one who needs more, who struggles more, the small one.

The second passage, which precedes fraternal correction, concerns scandal (Mt 18:6-7), and Jesus speaks it to affirm that we can all, potentially, be an occasion of scandal for someone of our brothers. It is not a question of beginning to look at what is lacking in others, but on what is us needs transformation and conversion.

And the third passage, important, concerns precisely this. Before correcting others, one must dare to take one’s life in one’s hands, to see what is lacking, or what is too much: in verses 8-9, Jesus takes into consideration those parts of the body that are double in us, namely feet, hands, eyes. And he invites you to cut one, at the time when that is an occasion of scandal.

What does it mean?

We could say that there where duplicity also becomes double-speak, then it is necessary to cut, to rediscover the unification of the heart and life.

The only “double” organs that Jesus does not ask us to do surgery on are, significantly, the ears, perhaps because listening requires all possible potential and our disposition. It is just in starting with listening to the Word that it is possible to rediscover that unification of the heart that is so necessary to live new and fraternal relationships, to build communion. Those divided within themselves, those who have a “double” heart, can only create division around themselves.

Whoever, instead, has a unified heart will, on the other hand, know how to build communion.

Fraternal correction is placed there, in that context: only those who have been able to “cut” something on themselves know how painful this operation is and will be able to do it with tenderness, with solicitude. And only that person will be able to avoid cutting out the other that lives next to him.  He will do so precisely because he will have found in himself a large and welcoming space where to welcome the brothers, to pray for them, to gradually dissolve the knots that pain and fear have formed about their lives without being scandalized.