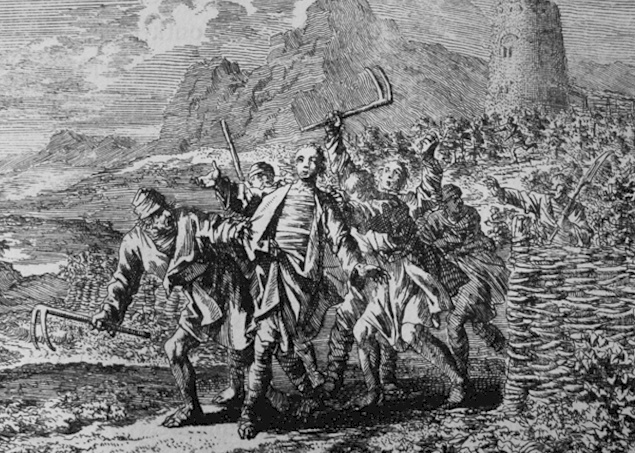 Meditation of Archbishop Pizzaballa: XXVI Sunday in Ordinary Time, Year A, 2020 Available in the following languages:

The context in which the Gospel passage of today’s Liturgy is found (Mt 21:28-32) is very different from that of the past Sundays. At the beginning of this chapter, Matthew recounts the entry of Jesus into Jerusalem, with everything that follows it: Jesus enters the Temple and drives away “all those who were selling and buying” (Mt 21:12), while the morning after, re-entering the city, He curses the fig tree on which He found no fruit, and the tree withered.

After those episodes, the Jewish authorities take care to ask with what authority Jesus performs these gestures. From here, a discussion begins, in which Jesus, initially, tells three parables: the first is what we hear today, the second is that of the vineyard homicides (Mt 21:33-44), the third is that of the guests who did not show up to the wedding banquet (Mt 22:1-14).

The context is essential to enter the passage because now we are at the end of Jesus’ mission. The rejection that the leaders, priests, and Pharisees have shown to Him is apparent.

The parables that Jesus tells them are an extreme attempt, a further offer that they too might let themselves welcome the good news of the Kingdom. That is impossible if one does not know their heart and what lives there.

What lives there? What is required to enter the Kingdom?

Well, to enter the Kingdom, the first step is to become aware of this ambivalence that lives there. It is to realize that in no one is there an unfailing fidelity, a faithful ‘yes.’

One does not enter the Kingdom by one’s fidelity; indeed, as we saw in last Sunday’s parable, working in the vineyard from the first hour does not guarantee a proper and definitive encounter with the Lord and with His salvation.

Then, what is the way?

The way is all and only in a word that Jesus repeats two times in the verses reported today, or preferably in the phrase “changed his mind” (Mt 21:29,32).

There is an initial ‘no’ with a trivial reason: I don’t feel like it. And it is a ‘no’ spoken to a father, who, like any father, can only ask because he first gave so much.

But the important thing is this changed of mind.

The parable does not say how it is born; it only says that it happened because, after all, this change of mind is a gift. And it is only in starting from this gift that one can take the next step, saying ‘yes,’ knowing that it is something for which our strength alone is not sufficient.

Interestingly, the two times in which the term “changes his mind” occurs, the first referred to the son who initially says no and then, indeed, changes his mind. The second, on the other hand, does not refer to the publicans and sinners, as logic would have it, as the listener to the parable would expect. It does not refer to them, who Jesus cites in verse 32, but to the very interlocutors of Jesus, the Pharisees, and the leaders of the people. To those who, at least in appearance, immediately said “yes” and who, therefore, would not need to change their minds.

It is as if to say that whatever is the starting point, a change of mind, conversion, is required for all.

But to change one’s mind about what?

It is not necessarily repenting of who knows what grave fault, but of coming back to have an experience of God as Mercy, of restoring the logic of the Beatitudes to the heart of one’s life, of surrendering to the gift of unconditional love.

It is to let that love, as the parable of last Sunday reminded us, be given to everyone, regardless of one’s merit.

And perhaps, then, all this does not happen only once in a lifetime and is never entirely excluded that we can never again say no, to change one’s mind anew.