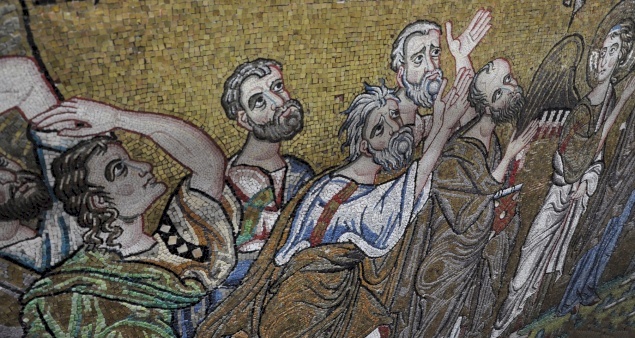 Meditation of Patriarch Pierbattista Pizzaballa: Ascension, Year B, 2021 Available in the following languages:

The Gospel according to Mark opens with a message of salvation, wherein it is announced to all that the Kingdom of God is at hand (Mk 1:14-15).

The rest of the Gospel then how, in Jesus, this announcement becomes life, becomes history: Jesus makes Himself close to all, He loves concretely, He enters the houses of the people, in the day-to-day life of people, He heals them from loneliness, rescues them from being away from God, He establishes a relationship.

Then, Jesus is handed over and put to death, but not even death succeeds in nullifying the hope turned on by the nearness of the Kingdom. On the contrary, the Risen One is still more presence, closeness, the possibility of a vast relationship forever, in space and in time.

The Gospel according to Mark concludes with the passage heard today (Mk 16:15-20). It is the farewell of Jesus to His own, His return to the Father. But then, how does one reconcile the beginning of the Gospel with this ending? In what way is the Kingdom of God at hand, at the time when the Lord leaves this earth and makes His return to glory? Is the Kingdom of God still near? How?

In reality, the Kingdom of God is fulfilled precisely at the moment when Jesus returns to the Father. Because then the Good newsagent is full, and it is the news that the return to the Father is also our destiny, our way.

Jesus did not come among us only to give a new way of living, but because this way of living rediscovers the purpose for which it was created in the beginning, that is, the return to the Father.

Consequently, the Ascension is not only the final mystery of Jesus’ life on this earth, but it is also the mystery of our life, the icon that tells the truth about us: we are made for this Ascension, for this return of ourselves to the Father. All creation groans solely for this, and humans are aware of this movement, of this offertory.

The return of Jesus to the Father, therefore, is the last teaching, His definitive offer of new life: we are not destined only for a beautiful life here below, for a new life, but, nevertheless, closed within the limits of time and space. We are called from now on to inhabit other spaces and other times, to be present in God and He in us.

The good news is that the earth became the way for this journey: no longer an obstacle to overcome or avoided, no longer a time to wait for what is true. The earth mysteriously becomes the womb of eternity, it’s possibility from now on. And there it is in the moment in which it passes from a withdrawal to itself to a movement of ascent and offertory, an offering of oneself to the Father. This is the ascension to which we are called. The Father puts His gaze on this offering and causes His Spirit to descend, Who makes life eternal.

But Jesus remains on earth also in another way: He remains in His disciples, in His Church, called to live and do exactly what He did, to be the Kingdom of God that is at hand.  For this reason, they must leave and go “into all the world” and proclaim the Gospel “to every creature” (Mk 16:15).

They only have to “believe” (Mk 16:17), and then they will see that their life will simply show the presence of the Lord: “the Lord worked together with them and confirmed the Word by accompanying signs” (Mk 16:20. They will not be the ones to give signs, but they will be the signs that will accompany their belief; they themselves will be a sign.

It is interesting that in the verses immediately preceding those read today, the text speaks a good three times of the incredulity of the disciples (Mk 16: 11, 13, 14): those who are sent to announce the Gospel to all the world (Mk 16:15), those on whom depends the salvation of so many people (Mk 16:16), are themselves first in unbelieving and hardness of heart (Mk 16:14).

The Kingdom of God is at hand not in the rock-like security of who have never known doubt, but in the meekness of gestures and words of those who let themselves change by the power of the Gospel. 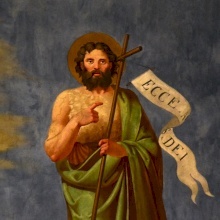 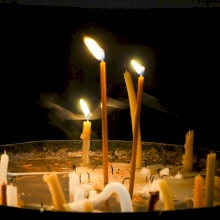 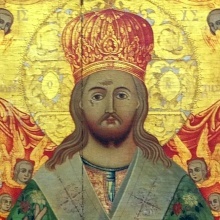