Meditation of Patriarch Pierbattista Pizzaballa: Solemnity of Christ King of the Universe, Year A, 2020 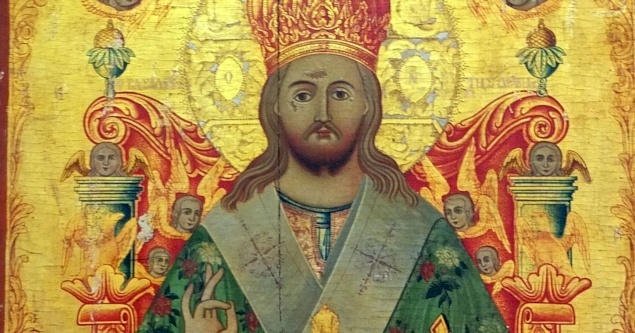 Meditation of Patriarch Pierbattista Pizzaballa: Solemnity of Christ King of the Universe, Year A Available in the following languages:

Solemnity of Christ King of the Universe, Year A

That is the question that comes up most in today’s Gospel, which speaks of the final moment of history when the Lord will return, and there will be the great judgment on everyone’s life. And it will happen that the Lord will reveal to each one his work. A work that, according to the parable, no one knows, neither those who have done it nor those who have omitted it.

But the greatest amazement will be in realizing that the concrete gesture, done to a specific person, was done to Christ (Mt 25:40). He identifies Himself entirely with the poor in need of care.

Of this Word, I would just like to highlight a peculiarity.

In the parable, we are told that whoever comes close to a man in his suffering and does so for no other reason other than that of common humanity does so, without knowing it, to the Lord Himself, Who is present in the suffering brother.

The parable tells us that, after all, by the very logic of the parable, we should not know, namely that every act of love done to anyone is done to Christ.

At first glance, it seems strange because we should love others for themselves. After all, the Kingdom of Heaven happens in this gratuity. We should love others without knowing that, in this way, we love Christ; instead, it is precisely what the parable tells us.

Well, perhaps here lies a crucial issue of our faith.

What is entirely hidden in this constant newness, in this revelation that is renewed every time: that right there, in the painful fragment of history where it seems to us that the Lord is absent, that He has abandoned the field, He reveals Himself there in the fulness of His mercy.

Faith is this amazement of eyes that are open to recognize the Lord precisely there, in that person, in that event, where we would never have thought possible to encounter Him.

So, the judgment of which the parable speaks is not something that happens only and above all at the end of time.

It is the judgment that puts in place a criterion of discernment for everyday life, and every Christian, called to love not to have a reward, not to fulfill a religious obligation but for an overflowing of the gift he first received. And then, within his profoundly human gesture, he recognizes the presence of the Other, and there he encounters the Lord, there he “sees” him (Cf Mt 25:37).

Like Francis of Assisi, who embraces and kisses the leper, “uses mercy” on him not driven by any religious motivation. After doing so, he recognizes how much the Lord was present in that event that changed his life.

The synoptic Gospels report, with some different nuances, the words of Jesus, according to which the Kingdom of God does not come in a way to attract attention. And if someone says, “here it is” or “there it is,” there is no need to give him credit (cf. Luke 17:22 ff and parallels).

Given what today’s parable says, it cannot be otherwise.

The Kingdom of God is not recognizable with the carnal eyes, with the world’s criteria. If so, it would be sought in the significant events of history, in the great characters, in the critical places.

The Kingdom of God exists, but we must seek it. We find it in life’s low places, in the last of history, the very ones that Jesus, at the beginning of his preaching, had declared “blessed” (Mt 5:1-12).

And life is all in this ever-new discovery.