Meditation of Patriarch Pizzaballa: 11th Sunday in Ordinary Time, Year B Available in the following languages:

We continue the reading of the Gospel of Mark, and we find ourselves today in Chapter 4, a chapter wherein the evangelist assembles a few parables: today we hear two of them, that of the seed cast on the ground (Mk 4:26-29) and that of the mustard seed which, once grown, becomes a big tree (Mk 4:30-32).

First of all, let us dwell on the first.

I would say that the three protagonists are: there is seed, there is soil and there is someone, “a man”, who casts the seed on the ground. And because there can be a good harvest, everyone must do their part.

The parable tells that the sower must have two other attitudes so that the seed can bear fruit. The first is waiting: the parable appears to give the rhythm of this waiting, where it marks the various stages of growth: “first the blade, then the ear, then the full grain in the ear” (4:28).

Here, waiting means basically trusting: trusting the seed first of all, and the power contained in it; the seed is God’s gift, and cannot but be unfruitful.

But the sower is also called to trust the soil: the very soil it seems to me the true protagonist of today’s parable, because it is the soil that spontaneously produces “first the blade, then the ear, then the full grain in the ear” (Mk 4:28).

The other attitude is related in these belief parables: “How, he Himself does not know” (4:27). Man does not know how this mystery of maturation and life happens. The seed sprouts and grows, but it does so without revealing the secret of its power, without showing anyone it’s slow but sure development.

Not only that, we must know how to wait, but we must wait accepting not to know, not to control, not to possess the fate of the seed.

In Mark’s Gospel there is another passage in which this not knowing has a certain importance: in chapter 13 (Mk 13:33-37), Jesus invites His disciples to watch and He invites them precisely because they “they do not know”: a man departs and leaves his house to servants, to each his duty, and orders each to watch, because they don’t know the hour when the master returns.

The two passages shed light on each other: the sower doesn’t know, he doesn’t the mystery of the rhythm of life, but the one thing he can do, he is called to do: He is called, like the servants in Mark 13, to watch, to pay attention, to watch with confidence the growth of the seed, because there will come a moment – which he doesn’t know – when the fruit will be ripe, and he must reap it.

He does not possess and can do nothing so the the seed may mature: but if he is not attentive when it ripens, he will not have the opportune time to reap, the entire process will have been useless.

The man has a great responsibility, which is knowing how to watch, knowing how to pay attention: this is of great importance in Mark, to the point that some exegetes speak of this Gospel a great parable of seeing: man, closed and folded in his own sin, is a man essentially incapable of seeing, of seeing that the Kingdom of God is at hand (Mk 1:14), and therefore of opening himself to salvation.

And is it not by chance that one of the most important and significant miracles in Mark is the healing of the blind man at Bethsaida (Mk 8:22-26), a miracle reported only in this Gospel. And it is a special miracle because Jesus has to impose His hands two times so that the healing is complete.

Finally,there is another protagonist in the story, and this protagonist is time. Time is an ally of the land, and it is a good ally: it is time that permits the seed to grow.

In reality, time is an good alliance not only for the soil, but also for the sower, because even he, like the blind man of Bethsaida, needs time; in fact, he needs two times , two stages, he also needs to grow and mature, so that he can learn to see that the soil is a good soil, which is able to produce fruit.

So, today’s Gospel makes us see this soil that we are, which is our life: makes us see it as a good soil made to host the seed of new life, of eternity, able to generate something that goes beyond itself and that it is not only for itself. And this only if we know how to wait with trust and without wanting to possess the life that is sown in us. 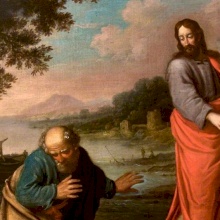 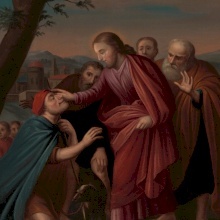 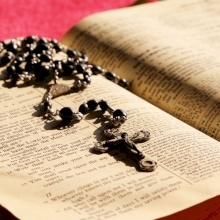