April 27, 2014 – Galilee: a wave of anti-Christian fanaticism and violence

April 27, 2014 – Galilee: a wave of anti-Christian fanaticism and violence Available in the following languages:

PRESS RELEASE – On Sunday 27 April 2014, Galilee witnessed a new series of anti-Christian acts of violence and vandalism from the side of Orthodox Jews.  A worrying situation as reported and denounced by the Catholic Ordinaries of the Holy Land in the statement below.

The Catholic Ordinaries of the Holy Land report and condemn with great concern three major acts of vandalism and profanation against Christian sites in Galilee on April 27, a day highly significant for the Universal and Local Church with the canonization of two Popes, and just a month prior to the visit of Pope Francis to the Holy Land.

1) At Tabgha Sanctuary, held by the Benedictine Fathers on the shores of the Lake of Tiberias, on Sunday 27 April 2014, around noontime, a group of some dozen youngsters, aged between 13 and 15 years, dressed as Orthodox Jews, and coming from the "source of Job", threw stones against the big cross situated beside the altar and against the altar's cross. A Lithuanian pilgrim, who was praying there, approached to ask them "why? The youngsters fled away towards the site where there is a big cross, made of huge stones dug in the soil. The youngsters took off two stones in order to dismantle the cross and threw them out violently into the lake. Then the youngsters walked farther towards the Benedictine Sisters Convent. They brutally took off the altar's cross and rubbed off the altar with mud. They overturned benches and chairs upside down on the seashore, after having engraved the Star of David here and there. Before fleeing away, the youngsters threw stones at a woman living in the convent; they spat at her and insulted her.

The Community Prior Fr. Elias, wonders if it is a "premeditated act". He contacted the Police of Tiberias, the Latin Patriarchate of Jerusalem and the Deutsche Society for the Holy Land, owner of the site. Latin Patriarchal Vicar for Galilee, Bishop Marcuzzo, went on an inspection visit to the site on Monday morning to express to the local Benedictine Communities the Patriarch's solidarity and that of the Assembly of Ordinaries, as well as their determination to follow up the matter with the Authorities.

2) This same Sunday 27 April, a threatening letter reached the Patriarchal Vicariate in Nazareth, signed by a rabbi of the region. The letter included references from the Torah and from the Halacha tradition: "against foreign work in the Land of Israel, which is the Holy Land", and "Christians are foreign workers". The letter further ordered the Church clerics and all Christians to "leave the Land of Israel", at the risk of serious reprisals. Following an inquiry, Nazareth Police Officer, confirmed that the suspected rabbi was at once arrested in Safed on the following day.

3) This same Sunday 27 April 2014, aggression against Al Bassah Orthodox Church, located in the North West of Israel, took place during a baptism ritual, as already reported in the local press. Together with the Assembly of Ordinaries, Christians of Galilee, feel deeply worried by such acts, and ask the Civil and Police authorities to forcefully react by arresting the suspected persons, in order to restore mutual religious respect. 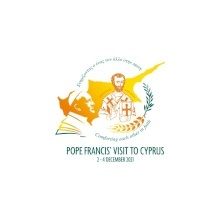