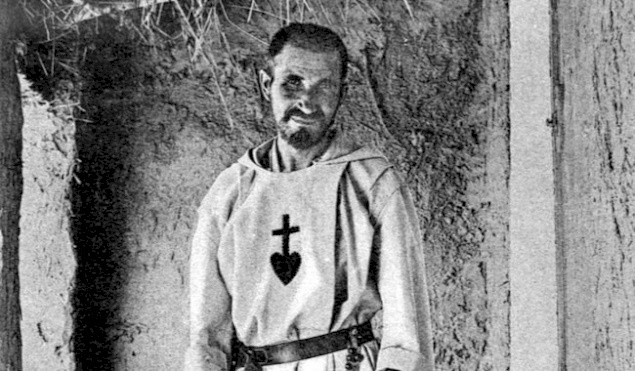 VATICAN - On Tuesday, May 26, the Holy See announced the imminent canonization of Blessed Charles de Foucauld. Pope Francis has given his agreement to the publication of eight decrees recognizing several miracles, including one attributed to the famous French hermit, a soldier in the cavalry who later converted to Catholicism before becoming a priest. The decision is an immense grace for many religious communities, priests, and laity who continue to draw inspiration from the spirit of this French consecrated religious.

Pope Francis "authorized [Tuesday 26 May] the publication of eight decrees" recognizing some new saints, communicated the Vatican press room on Wednesday 27 May. The second miracle that will allow Charles de Foucauld to be canonized soon was recognized.

Born in Strasbourg in 1858 into an aristocratic family, Charles de Foucauld entered the prestigious military school of Saint-Cyr at the age of 18, before attending the Cavalry School of Saumur in 1878. During his first years as an officer, he discovered Algeria, where he would return later to live for many years.

Tired of military life, he left the army in 1882 to devote himself to preparing for a trip to Morocco, a country he would travel for nearly a year and which would have a decisive impact on his life. Impressed by the faith of Muslims, he had a religious awakening. On his return to France, he met Father Huvelin in the church of Saint Augustin, Paris, in October 1886. It was there that his life changed, the young man then decided to surrender completely to God. “As soon as I believed that there was a God, I understood that I could not do otherwise than to live only for Him: my religious vocation dates from the same hour as I began to live by faith: God is so great. There is such a difference between God and everything that is not Him…” he writes.

After seven years of contemplative research (1890 - 1897) which led him to the Holy Land then to a Trappist monastery in Ardèche, he spent a period with the Poor Clares of Nazareth where he alternated manual work, long hours of worship and meditation on the Scriptures, thus maturing his vocation in depth. He was ordained a priest in 1901, at the age of 43, in the chapel of the Grand Seminary of Viviers.

Once again, feeling the call from the Maghreb, he returned to Algeria in 1905 to live as a hermit in the Sahara among the Tuaregs whom he would like to evangelize. He built three hermitages there and became a point of reference in the knowledge of these nomads, whose language he learned and with whom he weaved very strong ties.

Taken hostage by a Tuareg armed group, he died in 1916 in Tamanrasset in the Algerian desert, murdered by one of his captors who panicked by the arrival of two French soldiers.

What to remember from Charles de Foucauld through his unusual existence? First, his conversion. His experience with Muslims whom he saw praying to the one God led him to question and then reconnect with the faith of his childhood. His desire to help the poorest beyond his borders led him to North Africa where he led a life entirely serving others. Respectful and curious about his environment, he humbly enters the study of the culture of the other, whose language he learns and will write a “Tuareg-French dictionary, Ahaggar dialect” which remains an authoritative work today. He has always placed the Eucharist at the center of his life, in adoration and celebration, seeking Christ in the poor and the foreigner, and celebrating Mass wherever possible.

He leaves behind an important spiritual legacy: all over the world, he continues to inspire religious communities, priests, and laypeople who live by the "spirit of Nazareth", including Scout troops that still bear the name by Charles de Foucauld. 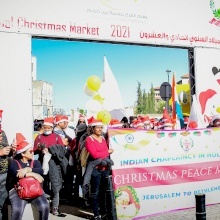 Walking in the Footsteps of Mary and Joseph with the Christmas Peace Marc... 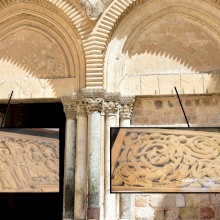 The Forgotten Lintels of the Holy Sepulchre