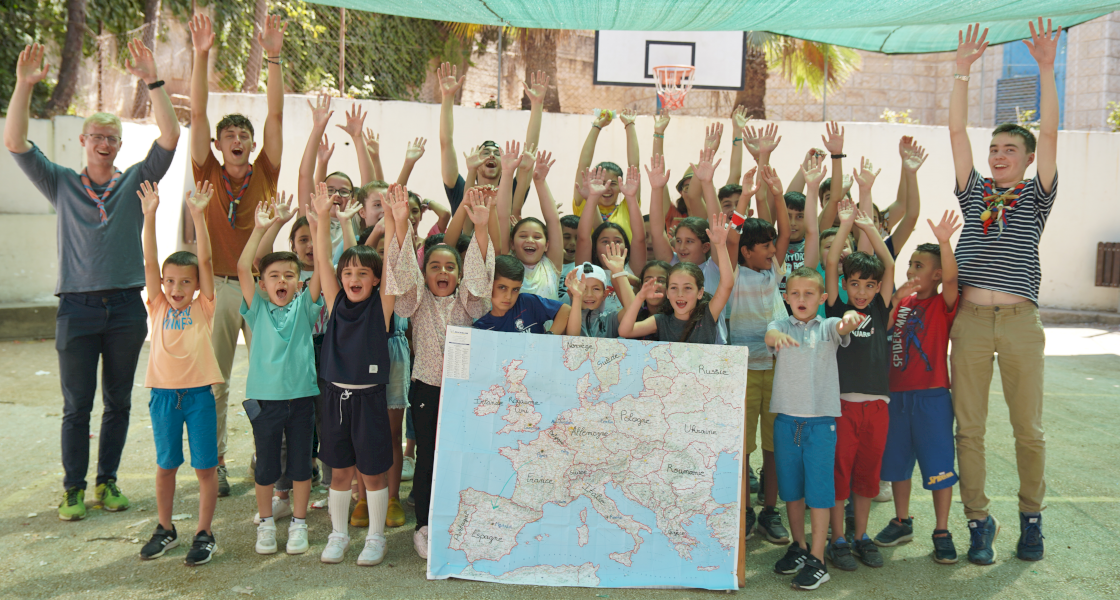 Aboud: partnership between the Réseau Barnabé and the Latin school

Aboud: partnership between the Réseau Barnabé and the Latin school Available in the following languages:

In Aboud (Palestine), the school of the Latin Patriarchate of Jerusalem set up a partnership with the Réseau Barnabé to offer French courses to the people of the village and the surrounding areas.

This partnership allows French scouts to come live in the parish and organize "French camps" open to all in the course of summer. This year, it is seven youth from Montigny-lès-Metz (Moselle, France), members of the Scouts et Guides de France, who came to teach the children of Aboud about the French language and culture. They are working hand in hand with Fr. Remon Haddad, parish priest of Aboud, Mrs. Niveen, director of the school, and Lana, the school's French teacher.

"Aboud hosted other French scouts before, and I think it's a good opportunity for us, to go abroad and to learn new things," said Sophia, one of the scouts. "Besides, the village also has scouts. Since we're here, we thought it would be a good idea to contact them, to share our experiences."

This project is far from being the only result of the partnership organized between the Latin school of Aboud and France. A connection was also established with a school in Paris, thanks to which Palestinian and French students exchange drawings and letters to learn about each other and get to know one another. 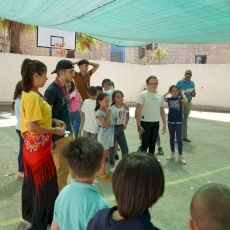 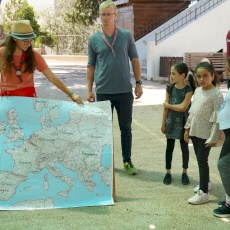 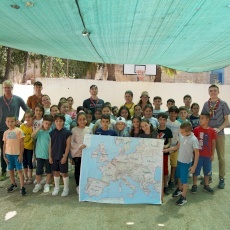 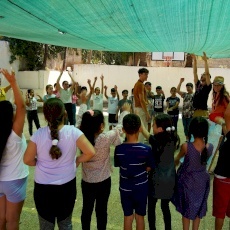 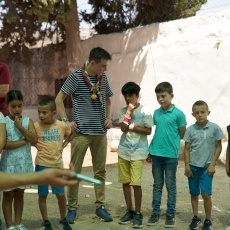 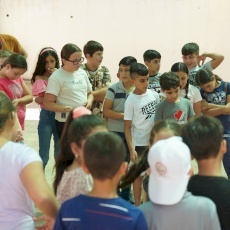