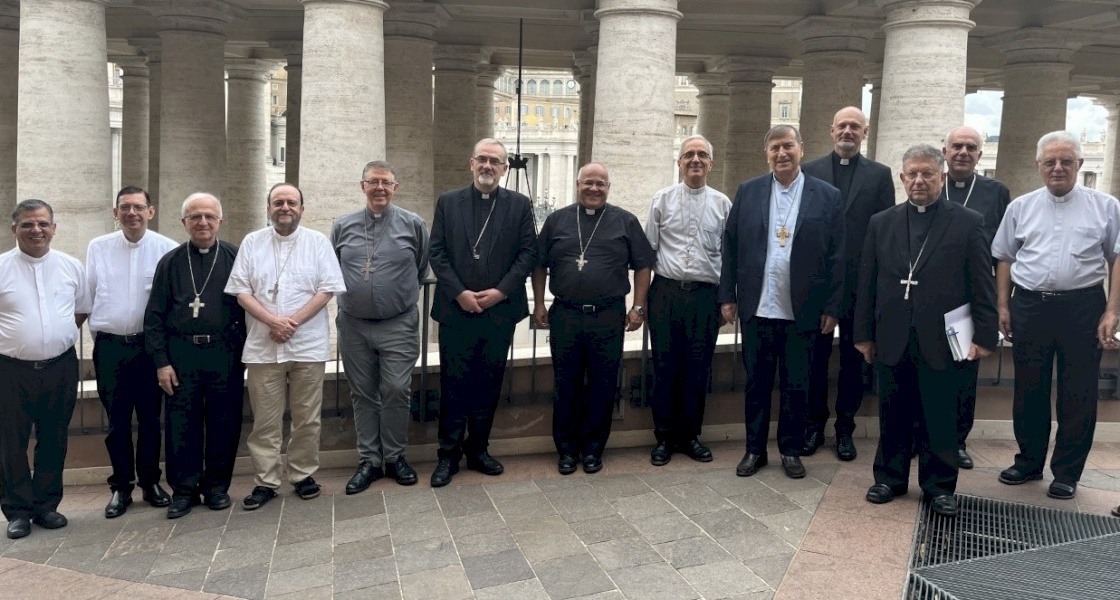 Annual Meeting of the Conference of Latin Bishops in the Arab Region Available in the following languages:

From August 29th to August 31st took place the annual meeting of the Conference of Latin Bishops in the Arab Region (CELRA), in Rome. The three-day meeting was presided over by His Beatitude Pierbattista Pizzaballa, Latin Patriarch of Jerusalem, and Mgr Cesar Essayan, Latin Apostolic Vicar of Lebanon. The Patriarchal Vicars for Jerusalem and Palestine, Israel, Jordan and Cyprus, as well as the Latin bishops of Iraq, Syria, Egypt, the Arabian Peninsula and Djibouti were also present.

During the meeting, each bishop presented the situation of his region and the work of the Church. In many countries, difficulties encountered by Christians have arisen due to economic and political conditions. The bishops and religious representatives also discussed the process of Synod; actions and initiatives of each region and future plans. They also spoke of the future election of a representative of the Synod of the Bishops, which will take place next October during the meeting of the Synod in Beirut.

Last but not least, many officials from the Vatican, especially from the Dicastery for the Eastern Churches met with the members of the CELRA during these three days. In the end, the date and venue of the next meeting, which will be in Beirut on February 9-12, 2023, was also agreed upon.

LPJ Media Office
"Opening of the Christmas season in Aboud"