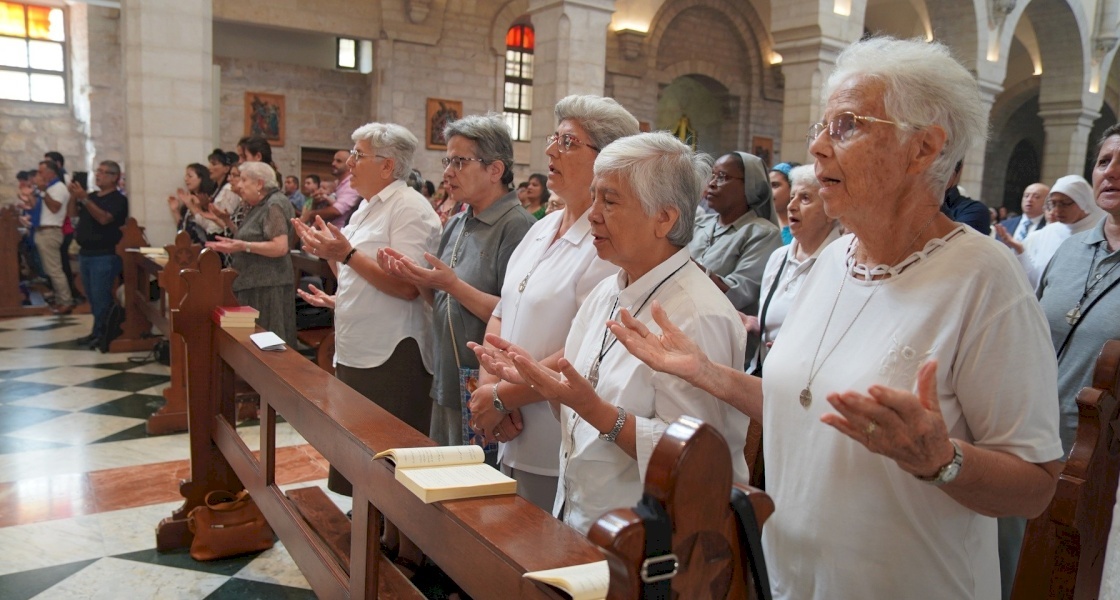 Farewell Mass for the Franciscan Missionaries of Mary

Farewell Mass for the Franciscan Missionaries of Mary Available in the following languages:

On September 26th, 2022, the people of Bethlehem officially said goodbye to the Franciscan Missionaries of Mary, who, due to a lack of vocation, will permanently close their community of the "Enfant Jesus" in Bethlehem. During the farewell Mass, His Beatitude Pierbattista Pizzaballa, Latin Patriarch of Jerusalem, who presided over the celebration, spoke in his homily (Luke 16:19-31) of how the rich man was unable to build relationships through his richness, because "what remains in our lives is not richness but what we build in love, in relations and in friendship." Addressing the Sisters, he said what they built during these years of service in Bethlehem "will continue to live on, even without your physical presence, because the legacy was built not on richness but on bonds of love and friendship."