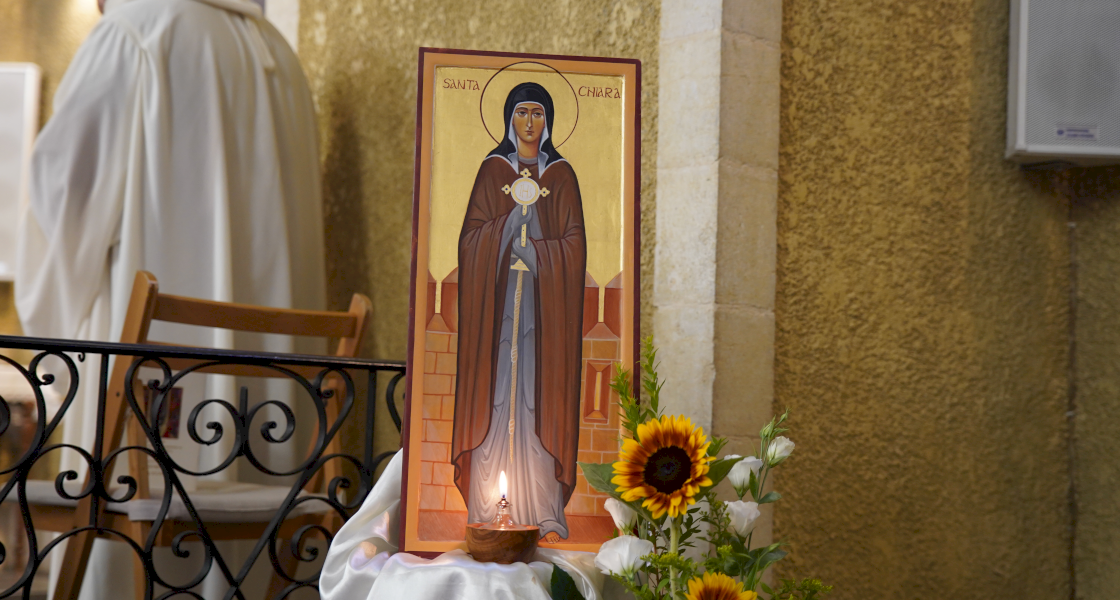 Feast of St Clare of Assisi: "Her testimony is a testimony of freedom and trust in God"

Feast of St Clare of Assisi: "Her testimony is a testimony of freedom and trust in God" Available in the following languages:

Born in 1194, in a Christian noble family, Saint Clare of Assisi was one of the main followers of St Francis and the first woman to ever write the rule of a religious order - her own. Very devoted to prayer, she decided to dedicate her life to God after hearing one of Saint Francis’ sermons during Lent, when she was still a teenager. Despite her father’s disapproval, she left her family and, with St Francis’ help, entered a convent of Benedictine nuns. After her sister Catarina joined her, they moved to a small house next to the church of San Damiano, which had previously been restored by St Francis. Soon, other women joined them, becoming known as the “Poor Ladies of San Damiano” due to their poverty and simplicity. Their life, based on the theology and rule of St. Francis, was not easily accepted by the Church, but Clare was able to convince it to accept it. She soon became abbess of the order and wrote its rule: after her death, it became the Order of St. Clare (or Poor Clares). Today, the Poor Clares are a contemplative order of nuns spread throughout the world.

Today, on Thursday, August 11th, to mark her feast day, His Beatitude Pierbattista Pizzaballa, Latin Patriarch of Jerusalem, presided over a Mass at the Poor Clares’ convent in Jerusalem, which was concelebrated by Fr. Piotr Zelazko, Patriarchal Vicar for the Saint James Vicariate. Because the St Clare Monastery is under French protectorate, the Mass was also attended by a representative of the French consulate. The same day, the Poor Clares of Nazareth also celebrated the feast day of their foundress, with a Mass presided over by Mgr Rafic Nahra, Patriarchal Vicar for Israel, and concelebrated by Mgr Giacinto-Boulos Marcuzzo, bishop emeritus.

To read the homily of the Patriarch, click here. 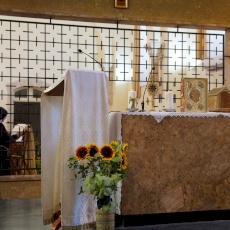 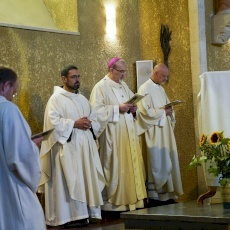 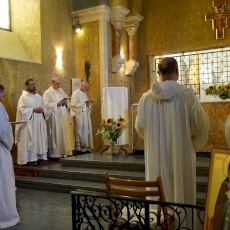 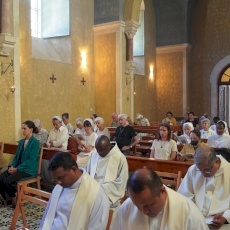 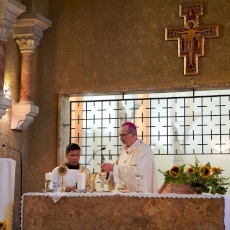 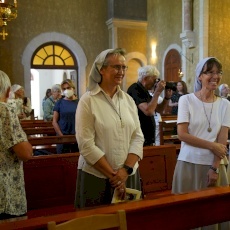 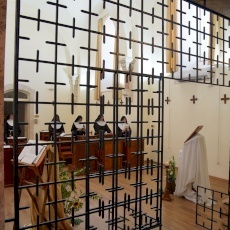 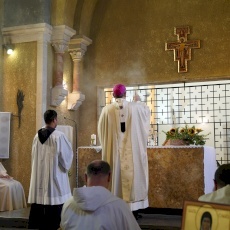 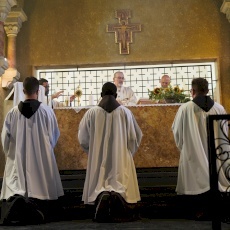 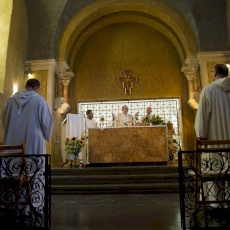 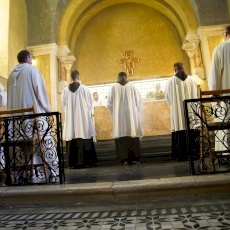 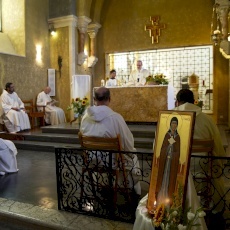 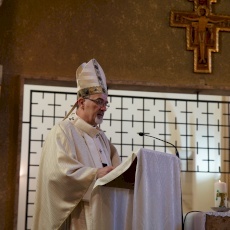 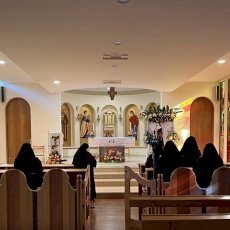 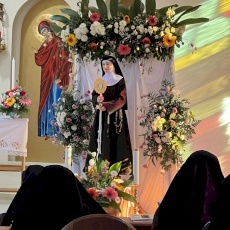 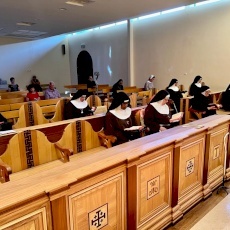 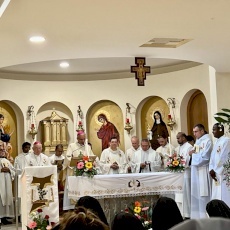 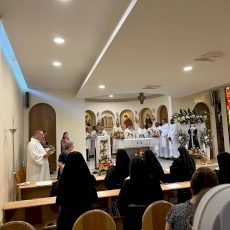