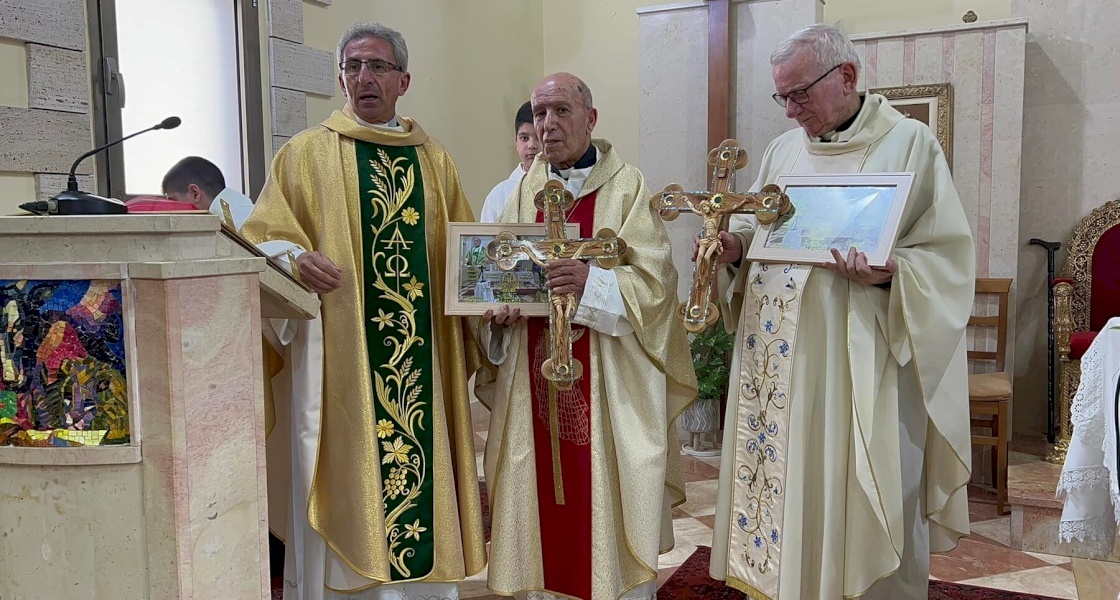 Golden Jubilee of Fr. Elias Odeh in Reineh Available in the following languages:

On Sunday, May 29, 2022, Fr. Elias Odeh, now retired to his home in Jifna, celebrated his golden jubilee as a priest in Reineh with the current parish priest, Fr. Raed Abusahliah. He was later joined by His Beatitude Mgr Pierbattista Pizzaballa, Latin Patriarch of Jerusalem, who came to congratulate him.

After being ordained a priest in 1970 by Patriarch Alberto Gori, Fr. Elias first served as an assistant vicar in Ramallah before joining the parish of Reineh, which he served for 45 years. There, he founded a scout movement, which was opened to Christians of all rites; expanded the school of Reineh by opening middle-school and high-school classes (before, there was only an elementary school); and was chaplain and head of the Catholic scout's movements in Israel for years. To thank him for his great service, the Greek Catholic bishop of the city even offered him the Archimandrite Cross - a mark of exceptional honor, especially as Fr. Elias is of the Latin rite.

In 2009, he was also invested as a Canon of the Holy Sepulchre in recognition of his services to the Church in the Holy Land.