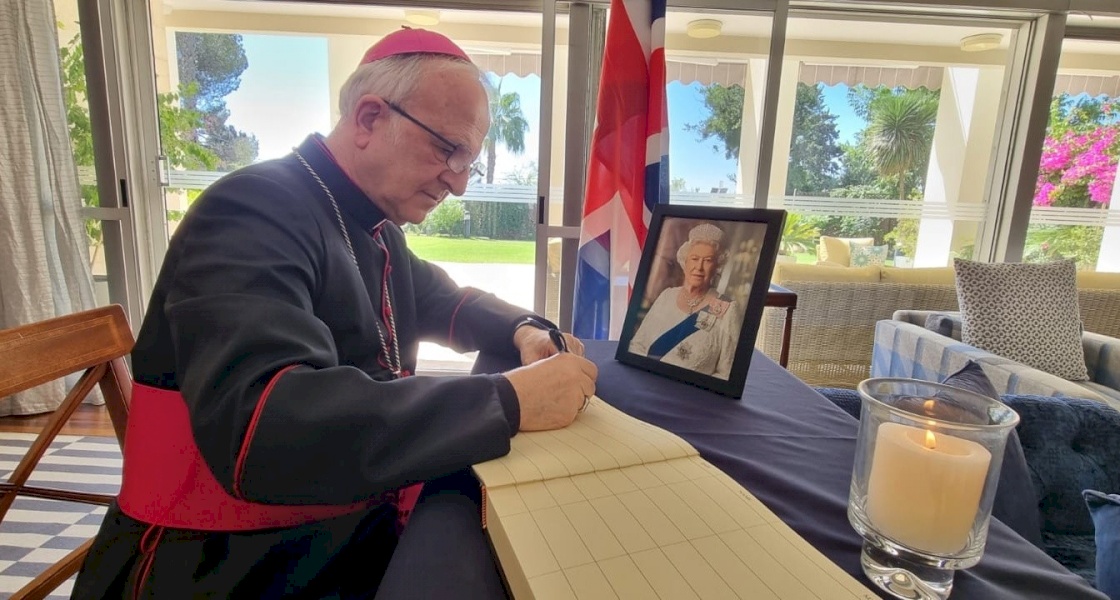 Latin Patriarchate of Jerusalem offers condolences to UK after the passing of Queen Elizabeth II Available in the following languages:

On behalf of His Beatitude Pierbattista Pizzaballa, Latin Patriarch of Jerusalem, and of the entire Latin Patriarchate, Mgr William Shomali, General and Patriarchal Vicar, visited today the British Consulate General in Jerusalem to offer his condolences after the death of Queen Elizabeth II, Queen of the United Kingdom. The Queen died peacefully on September 8th, 2022, and her son Charles was formally proclaimed King on Saturday, in London.

LPJ Media Office
"Opening of the Christmas season in Aboud"