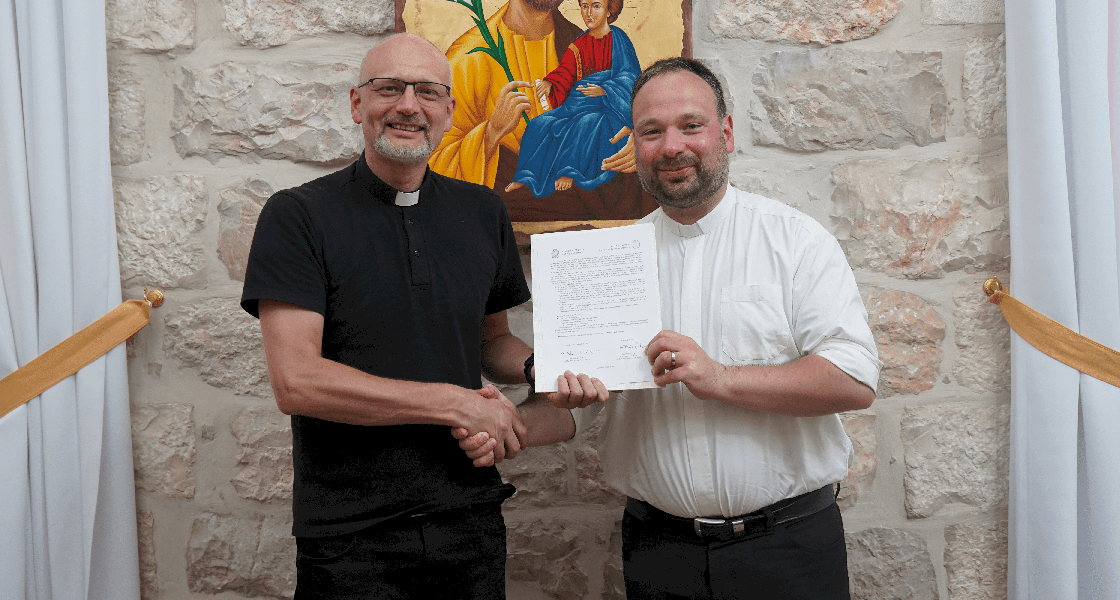 "I'm very thankful to have reached this point," said Fr. Nikodemus. "In our vicariates, we are dealing with children and migrant populations, who are vulnerable or who are sometimes in very vulnerable situations. I think it's crucial to grant them the attention they need. Sacred spaces should be safe spaces," he concluded.

The agreement, which was established conjointly between the two vicariates, states the creation of a "Joint Child Safeguarding Committee", whose mission will be to come up with concrete child safety measures to be implemented and properly promoted in the vicariates, to "unite their efforts to those of the entire Latin Patriarchate of Jerusalem for the protection of children and vulnerable people".

"We have a long tradition of protection of children, and here in the Holy Land, by collaborating with many international and professional institutions, we really are leading the way," says Fr. Piotr. "I hope that the creation of this committee will allow us to be better and more effective, because, as representatives of the Catholic Church, we should be really the ones to show the way on how to protect children effectively. There's still a lot to be done, but I'm glad that we are working together to achieve this goal."