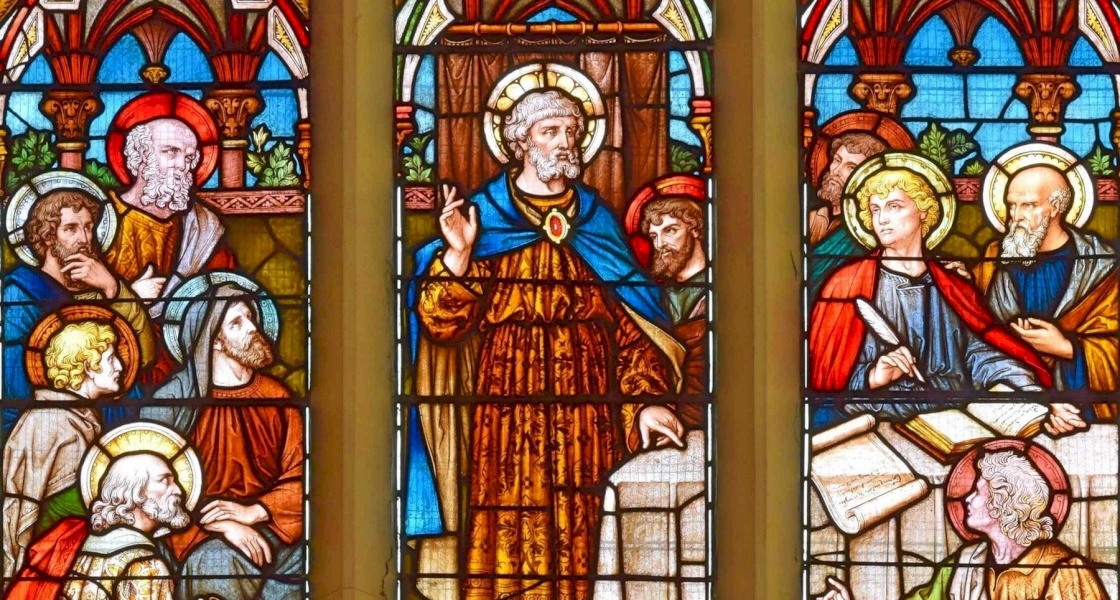 The Synodal Process: A Method from our Local Church to Care for Affairs of Believers who face Greatest Obstacles

It has been a common theme for the Holy Father, Pope Francis to highlight the importance of thinking together. He has often highlighted the importance of the synod in the ecclesiology of the Church. He said recently in fact, “synodality expresses the nature of the Church, its form, its style, its mission” (Address of Pope Francis to the Faithful of the Diocese of Rome on Saturday, September 18, 2021) For many it is hard to understand when the Holy Father wants to have a synod on synodality – but if we look at its meaning, the word synod can be best understood as "walking together". In this ninth year of his pontificate, the Holy Father wants the entire church to come together to express its wants, its needs and vision for the years to come. In that light, rather than working from the top-down, he proposed an ambitious three-year, three stage worldwide synodal process. We are just at the beginning the first of these three phases which will be allotted seven months beginning from October 2021. This first phase concerns the individual diocesan Churches, it does not propose the themes which will be considered, rather, is centered on listening to the faithful. This process of listening is not for the purpose of gathering opinions, the Holy Father says: “it is not a survey, but a matter of listening to the Holy Spirit, as we read in the book of Revelation: “Whoever has ears should listen to what the Spirit says to the churches” (2:7). To have ears, to listen, is the first thing we need to do. To hear God’s voice, to sense his presence, to witness his passage and his breath of life.” (Ibid.)

For us in Jerusalem, this process is not new, in fact it returns to the very essence and foundation of what we find in the book of Acts which the Holy Father notes is "the first and most import 'manual' of ecclesiology". There in the book of Acts, we find two wonderful examples of synodality: in Acts 6 we find the apostles responding to the complaints of the Hellenistic faithful community “because their widows were being overlooked in the daily distribution of food.” (v.1) Again we see synodality in Acts 15 where we read: “then some of the believers who belonged to the party of the Pharisees stood up and said, ‘The Gentiles must be circumcised and required to keep the law of Moses.’ The apostles and elders met to consider this question.” (vv.5-6)

We can say that synodality is the story of a voyage which began in Jerusalem and after a long and difficult journey, has now ended in Rome. In the journey, everyone who walks the path is what the Holy Father calls “a protagonist, no one can be considered a mere extra” (Sept. 18, Rome). But the meaning and importance of the synod was not only limited to the first century; many of you remember the synod of the year 2000 which took a total of 10 years and ended in the General Pastoral Plan for the church in Jerusalem. It was then, a project spearheaded by the visionaries of our local church, Patriarch Michel Sabbah and Father Rafiq Khoury.

The whole idea of a synod is to find common solutions to the real problems which the faithful face in the Church; as a result the Church seeks to adopt a common concern and to take it on as everyone’s initiative. To this end, the Holy Father quotes the Book of Acts in saying “to gather the assembly of disciples together and make the decision to appoint those seven men who would commit themselves full time to diakonia, the service of the tables”. This was a synodal initiative; it presented the problem, offered a “proposal which pleased the whole group” (v. 5) and in the end led to growth in Holiness.

At the initial diocesan phase, it is important that the Church begins by listening. When we in the Church are accustomed to asking others to listen, it is important for us to begin to listen ourselves. To hear the concerns of the baptized, is to overcome the oft rigid ecclesial structure; to proceed as brothers walking with each other to discover horizontality what his needs are, and then not to make light of them, rather to take them on as your own.

While to many this first part of the synodal process may seem like an ecclesiastical democracy, it is actually far from that. While a democracy is focused on the majority, synodality focuses on the few who face the biggest obstacles. It is rather what the Church refers to as the “sensus fidei” or the sense of the faith coming from the faithful. Allowing all the faithful to speak acknowledges the dignity of the prophetic function which they gained on the day of their baptism. To this extent the Holy Father notes, "the exercise of the sensus fidei cannot be reduced to the communication and comparison of opinions that we may have about this or that theme, that single aspect of doctrine, or that rule of discipline." He added, "Nor could the idea of distinguishing majorities and minorities prevail" (Sept. 18 – Rome).

The second stage of the process is what we would consider as “regional” where certain regions of the globe will come together to discover the common themes gathered at the diocesan level. The Vatican gave the directive that by April 10, 2022, after a process of “listening, prayer and reflection,” each local church will produce a document, that cannot exceed 10 pages, and they will send it to Rome. In September 2022 a working document called an Instrumentum Laboris will be published to guide continental and regional assemblies, allowing them to discuss further the contents of their report. The second phase of the Synodal process will take place before March 2023. The result of these regional assemblies again be sent to Rome to help guide the formation of a second Instrumentum Laboris for the actual assembly of the Synod of Bishops which will happen in October of 2023.

If we really think about it, this a very bold Initiative: at a time when the Universal Church seems to be fragmented and divided, this step may be what is necessary to help us overcome radical differences in the ecclesial and existential conditions of each local Church. It is also a bold initiative because it highlights the demand for a certain amount of religious freedom; something which is taken for granted in the west. Religious freedom is something currently non-existent for Catholics in many countries.

At this stage what is most important is that you are part of the ecclesial conversation. This is the invitation which many of you have wanted to make yourselves heard. It will also need a certain amount of discernment on the part of the bishops. In all reality, to stay away from the wants and needs of a few (possibly those who are most influential) the bishops will have to defend the synodal process from biases in the media and from donors and pressure groups who try to influence the Church with their money. More than that, they will have to make a commitment to stay true to the reality that the faithful live rather than seeking to appease all those who want more of the status quo.

They will then have another important role once the synod is over, in implementing and taking on the concerns expressed in the process, or else the whole process leads to just another book on the shelf. Priests will share in the responsibility; they have to be convinced that the process is worthwhile by getting the faithful involved, and they have to be willing to adapt their own ideas and initiatives at the end, being guided by the outcomes of the whole process.

While here in the Holy Land, we are fortunate to have many young people in our Churches, there are many obstacles to keeping the youth enthusiastic about the Church. This process should be an opportunity to show our youth that we are willing to listen to them. As Pope Francis noted in his letter to the youth four years ago: “St. Benedict urged the abbots to consult, even the young, before any important decision, because ‘the Lord often reveals to the younger what is best’.” (Rule of St. Benedict, III, 3)

We are often used to initiatives and letters by the Church in which they tell us everything we should know, but the reality is that those initiatives are not always a true reflection of what the faithful are living. This process will need a willingness to speak the truth, it will need a willingness to listen and some effort to understand and, in the end, it will need an even bigger audacity to try something new. But isn’t that what happened in the book of acts?

There are risks to this synodal process; it could reinforce the resentment of many Catholics against an institutional Church that continually invites people but never really lets them in. However, this is an unprecedented invitation coming from the pope, and it should be received with hope. No, this process is not new to us in the Church of Jerusalem, but if we want better results than the last time we had a synod, we have to be willing not to make light of the results of the process. Following through will mean our success or our failure – our failure will mean an increase in apathy, but our success will mean a growth in holiness for the entire people of God.

Henrique Abreu
"Return of the Pilgrimages: The spiritual pilgrimages to the Holy Land, looking down the road to recovery"

Fr. Bernard Poggi
"The Synodal Process: A Method from our Local Church to Care for Affairs of Believers who face Greatest Obstacles"
Tags