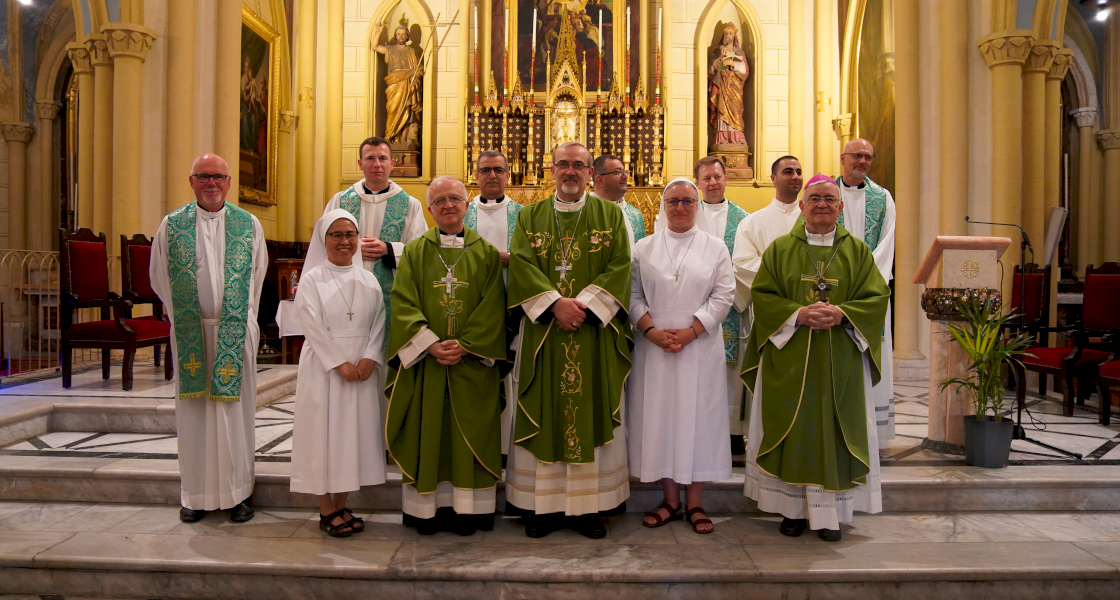 Thanksgiving Mass for the Sisters of the Patriarchate

Thanksgiving Mass for the Sisters of the Patriarchate Available in the following languages:

This Monday, July 18th, His Beatitude Pierbattista Pizzaballa, Latin Patriarch of Jerusalem, presided over a Thanksgiving Mass in the co-cathedral for the sisters of the Latin Patriarchate. After three years working there with the priests and the employees, Sr. Miriam and Sr. Concettina will be leaving the Holy Land at the end of July. During the celebration, the Patriarch and all the LPJ priests and staff, as well as members of other religious communities and lay people, expressed their gratitude to the sisters and thanked them for their years of service. All also welcomed the two new sisters coming to replace them, who both belong to a congregation in Mexico.

During his homily, the Patriarch also thanked Fr. Firas Aridah, who was appointed parish priest of Irbid in July. 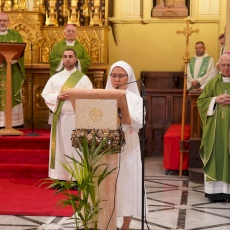 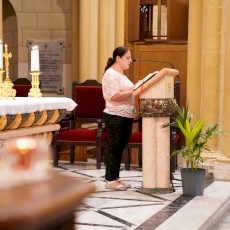 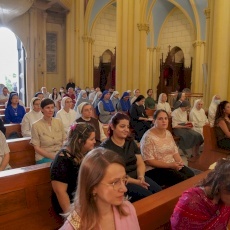 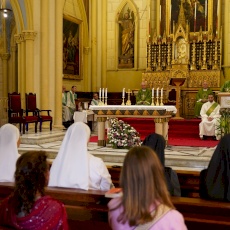 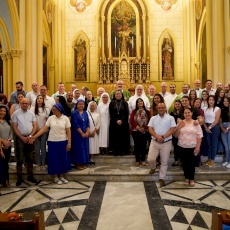 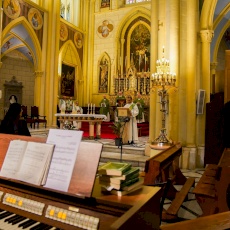 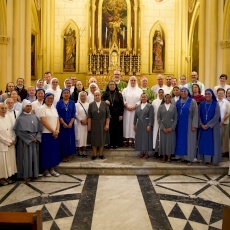 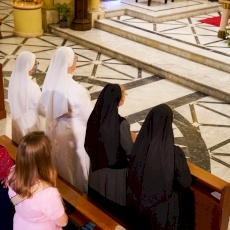 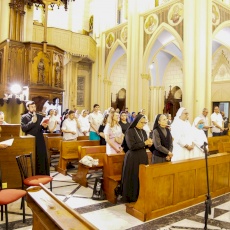 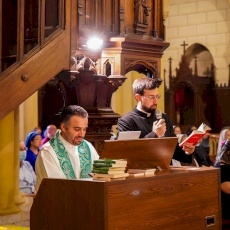 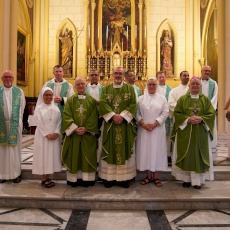 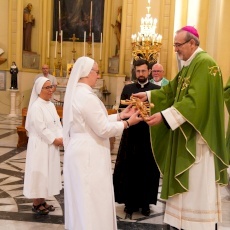 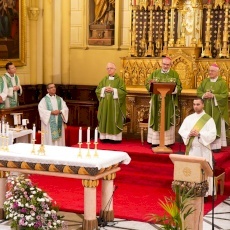 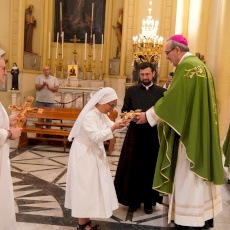 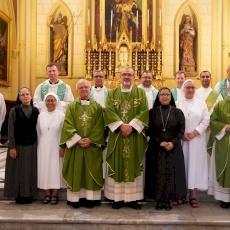 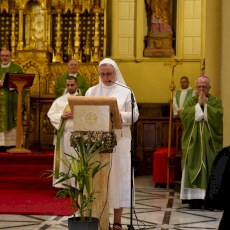 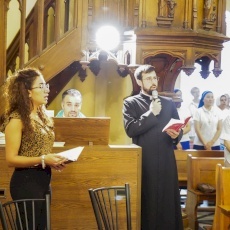 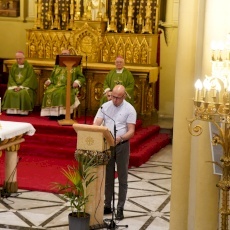