Competition in the Gospel of St. Luke 2007 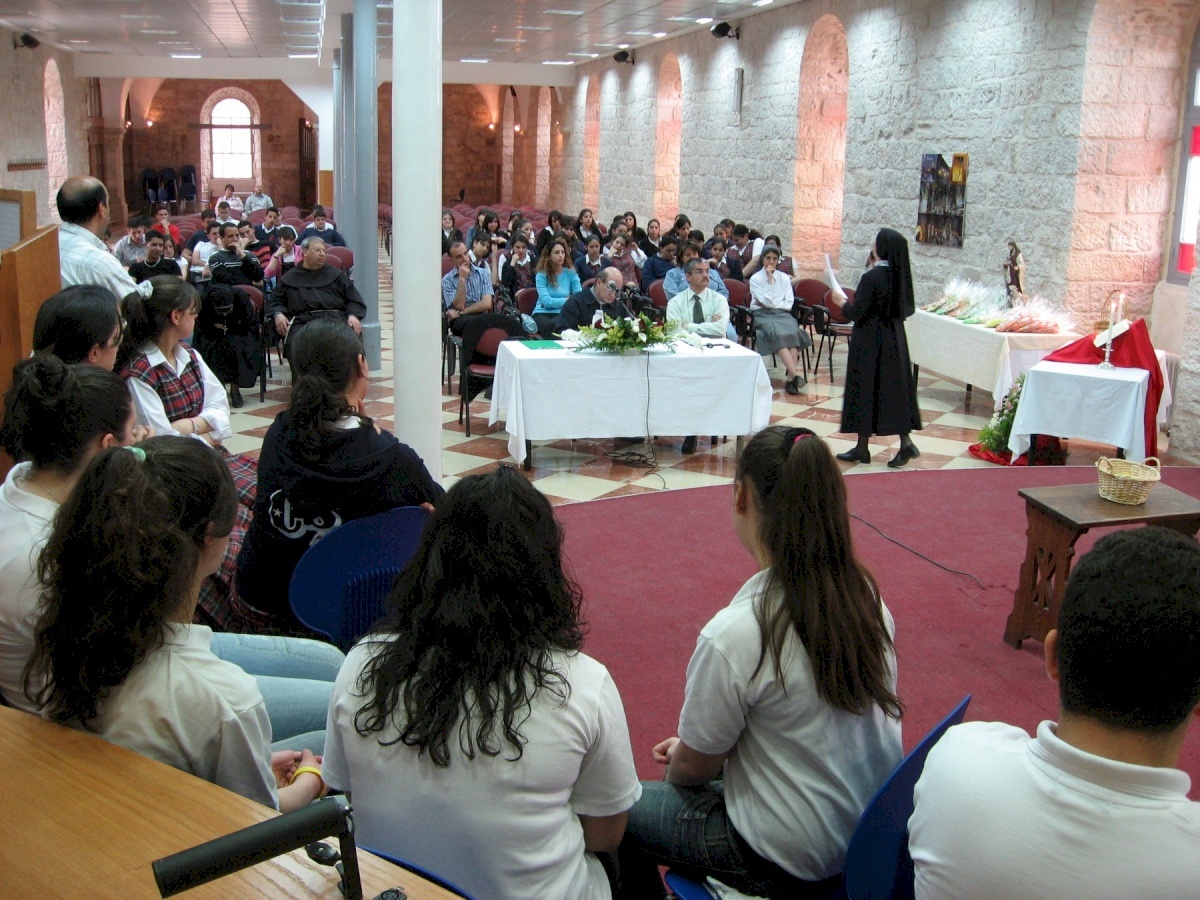 Competition in the Gospel of St. Luke

The competition took place on Thursday, May 3, 2007 in the Immaculate Conception Hall in the Monastery of the Savior of the Franciscan Fathers in Jerusalem with the participation of seven schools: Lasallian Brothers, Terra Santa for Boys and Girls, Sisters of St. Joseph, Sisters of the Rosary, St. George, Antonine (Coptic), and Mar Mitri (Orthodox).

The Competition opened with a prayer prepared by the Catechetical Office specifically for this occasion, and all schools present participated. Sister Virginie Habib, then, clarified the terms and laws of the competition for the participants and attendees and called on everyone to adhere to them.

Then the jury consisting of Father Rafic Khoury, Sister Virginie Habib, and Mr. Samir Hodaly began to ask the questions to the contestants, and the process of selecting the questions was done by the team of each school by lot.

At the end of the eighth round, the result was calculated, which was as follows:

The award was an olive wood shield that was designed and executed specifically for this competition in one of the olive woods workshops in Beit Sahour under the supervision and follow-up of the Christian Education Office.

As for the first-ranked school, in addition to this, Father Abdel-Masih gave them a “Good Shepherd” statue.

Finally, commemorative prizes, necklaces with a cross of olive wood, were distributed to all students present.

The participants in this competition were distinguished by a beautiful competitive spirit and in a fraternal spirit congratulated the winning school.

Finally, our hope that this competition will be an incentive for teachers and students to give the Bible greater importance in Christian education classes and for all grades. 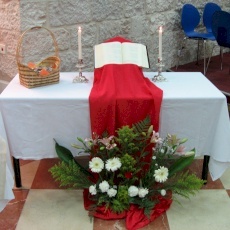 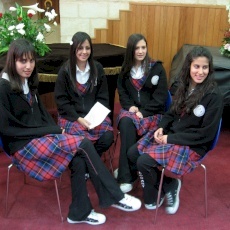 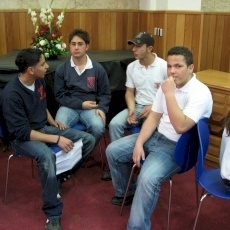 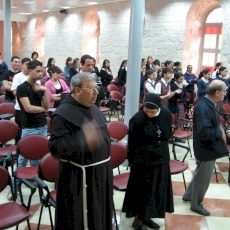 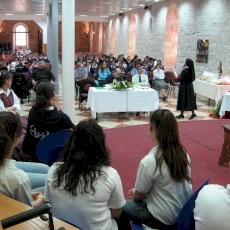 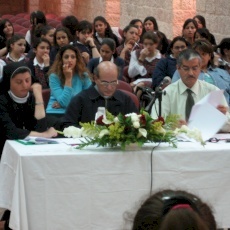 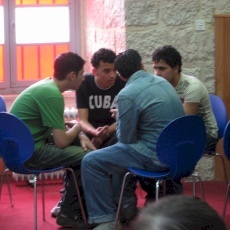 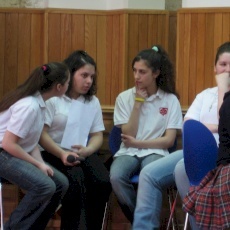 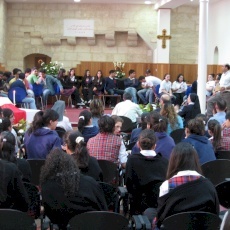 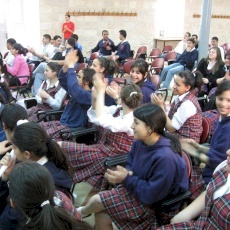 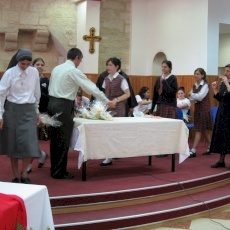 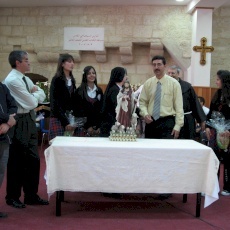