JERUSALEM – Please find below the Spring reflections of Mr. Sami El-Yousef, Chief Executive Officer of the Latin Patriarchate, in which he talks about the prevailing political and economic environment in the Holy Land and its effects on the work of the Diocese in the sectors of education, pastoral care and humanitarian support.

Spring Reflections from the Holy Land

Greetings from the Latin Patriarchate of Jerusalem where we just celebrated one of the most high holidays in Christianity being the culmination of the Holy Week and the symbolism of the dramatic events that have defined the lives of billions around the world! We who call Jerusalem home are in a strange way fortunate where we celebrate not only once, but twice and thus for those who follow the Julian calendar, this week is still holy week with Easter Sunday celebrated in a few days on April 28, 2019. In all instances, “Christ has Risen, He has indeed Risen!” is the most repeated phrase within our various Christian communities in the Holy Land these days.

The religious celebrations went very well starting with the Palm Sunday triumphant procession from Bethphage to the Old City where thousands upon thousands participated in a human line that was endless. Through the various efforts of the parish priests of the LPJ, 57 buses were rented out to bring the faithful from all over the West Bank to Jerusalem to participate, where this year, a record 3,000 faithful were able to participate from the local parishes. Jerusalem was shining that day and the traditional scout troupes parade through the streets of Jerusalem, which traditionally takes place after the religious procession, saw over a dozen marching bands participate, all in their shiny clothes, drums, and trumpets competing along the way and declaring that Jerusalem is just as Christian as it is Jewish and Muslim. The pride on the faces of these young people was simply contagious!

Over the past few months, I was privileged to follow up with various stakeholders the great work taking place within the Latin Patriarchate, especially as we focus our priorities in the three main sectors of education, pastoral care, and humanitarian support. From the schools, to the various parishes and service centers, one can only be proud of the over two thousand lay and religious who wake up every morning ready to head to their work to be of service in one of the highlighted sectors despite the setbacks and the very negative political landscape, let alone the worsening economic conditions. In Israel, the recent elections meant that an even more right-wing government is about to be formed that will probably solidify moves of the previous government moving towards an exclusive Jewish state where non-Jews will potentially become second class citizens, not to mention the new promises to annex the West Bank and kill any remaining hope for a two-state solution.

In Palestine, the division between the two main political parties culminating in a deeper separation between them and widening the gap between Gaza and the rest of the territories, let alone the eroding support from around the world spearheaded by the United States with its position to suspend all financial aid from the US government towards Palestine and towards UN agencies working with Palestinian refugees. This has led to a new wave of unemployment, especially within the young professional Christian community, let alone reduced services to those most in need.

In Jordan recent changes to the tax laws meant that middle to lower income people as well as those receiving pension funds are taxed higher leaving them a lower income amidst increases in prices on most basic commodities and services. In all, not a very promising picture in the three countries where we serve, and the sad part is that the picture does not look like it will improve anytime soon. Thus, our work will have to continue to take our realities into account as we try to plan ahead for a less-certain future.

Having said that, we keep asking ourselves what is new? The consolation is that during this period, we are reminded of the true meaning of the Easter season and the events of the Holy Week, the suffering, betrayal, savagery, and humiliation, and what good that has come out of it all that led to the creation of the Christian faith and the associated value system which has become our living doctrine. Visiting institutions of the Church only reinforces the importance of this individual and institutional Christian presence in the Holy Land which is the moderating voice in a very divided and polarized society. Whether it is school children, parishioners, elderly, broken families, persons with disabilities, migrants, refugees or people of all walks of life, the LPJ through its various programs and interventions is there to support those who are marginalized, weak, and needy.

The recently published humanitarian report of the LPJ highlights the activities of the various funds (education support, medicines, social assistance, medical emergencies, refugee support, or job creation), where hundreds of families have been supported giving them a dignified life and a new lease on life. The various pastoral care activities conducted in schools, parishes, youth and scout groups, families, Sunday school programs with plans under way for summer camps and spiritual retreats have taken a new meaning as more attention and resources are devoted to this important sector. Strengthening the faith is an essential element in keeping the hope alive.

Thus, as we renew our faith during this season, we certainly feel a breath of fresh air despite a very bleak political and economic environment. Tomorrow promises to be better than today and we continue to pray for the peace of Jerusalem. Happy Easter to all. Christ is Risen, He has indeed Risen. 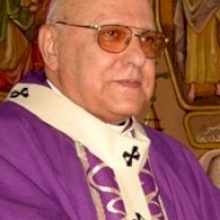 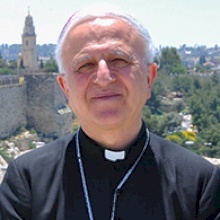 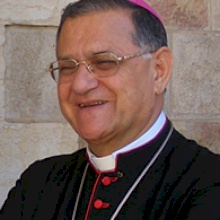