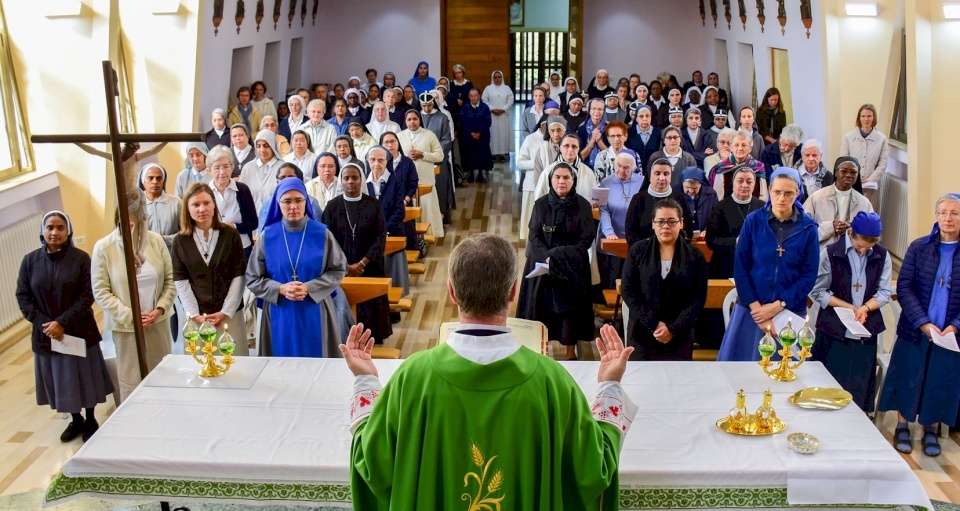 Who are the Religious Communities in the Jerusalem Diocese?

Which head of a congregation, which founder, which Abbott has not dreamed of starting a congregation in the Holy Land or in Jerusalem, to worship in the vicinity of the Holy Places, to protect and to uphold them?

The Catholic Church of the Holy Land is enriched by the presence of many Orders and Congregations who came to witness and serve the Mother Church of Jerusalem. According to their own charisms, they receive and fulfill missions of prayer, witness, charity, education and fraternity.

The first to arrive in the Holy Land, after the Muslim conquest at the onset of the millennium, are the Franciscans. The Custody of the Holy Land, founded in 1217, is the largest community present in the Holy Land. In addition to guarding most of the Holy Sites, they live scattered out over convents, running schools, training centers and parishes. They are also present in Cyprus in three over four parishes, and in Jordan, namely in Amman or on Mount Nebo.

There are nowadays 30 religious male orders and congregations holding convents scattered over the Holy Land. Coming from different origins, they run worshipping missions in monasteries, or support missions in schools, hospitals, universities, as well as social programs. Among the major congregations, there are the Salesians, the De La Salle Brothers, the Benedictines of the Dormition, the Dominicans at the Biblical School, the Trappists of Latroun, the Missionaries of the Verb Incarnate in Gaza, the Carmelites in Haifa (since 1631), and the White Fathers.

There are also 73 female orders and religious congregations in the Holy Land. The most noteworthy is the Congregation of the Sisters of Rosary, which was founded in 1880 by Saint Marie Alphonsine Ghattas. The Sisters run a number of schools and institutions and serve in certain Latin parishes as well.

The first congregation came to the Holy Land in 1848: they were the Sisters of St. Joseph of the Apparition. Until this day they run schools and hospitals, while upkeeping a presence in parishes and in an elderly home.

Let us also not forget the 20 or so institutes of Consecrated Life in the Holy Land.

For more information about the religious communities, please check the following links:

News about the Religious Communities

Institutes of Consecrated Life and Societies of Apostolic Life