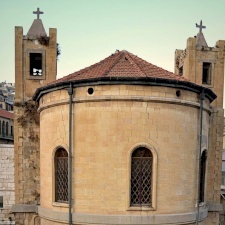 Salt is an ancient agricultural town and administrative center in west-central Jordan. It is on the old main highway leading from Amman to Jerusalem, located in the Balqa highland, about 790 -1100m above sea level. The town is built in the crook of three hills, close to the Jordan River Valley. One of the three hills (Jabal Al Qal’a) is the site of a 13th century ruined fortress. It is the capital of the Balqa Governorate. The Greater Salt Municipality has about 97,000 inhabitants. It is not known when the city was first inhabited, but it is believed that the Macedonian army built it during the reign of Alexander the Great.

Salt is the first parish (1866) that was established by the Latin Patriarchate in East Jordan. Father Moretain arrived in 1869 and built a house for the priest and opened a school. Father Joseph Gatti was appointed parish priest of As-Salt parish in 1871. He showed great concern for the school and asked the Latin Patriarchate to establish a school for girls. Later, Fr. Anton Abed Rabbo became parish priest in 1902, who built the present boys school during 1902 –1904. He also built the girls school and a convent for the sisters during 1910–1912. At a later date, the schools moved from one location to another according to the need. The old school buildings remain to the present day. Now, students usually travel to the town of Fuheis to continue their education. The first church, which is now the crypt of the new church, has yet to be renovated. 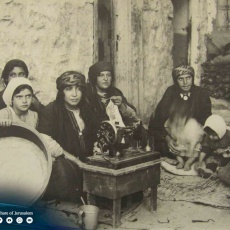 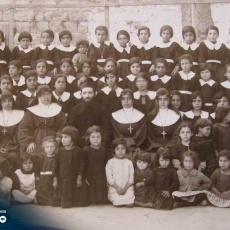 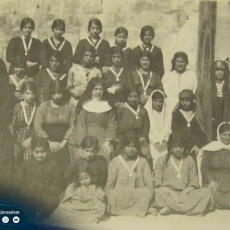 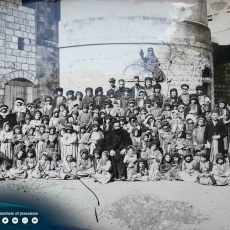