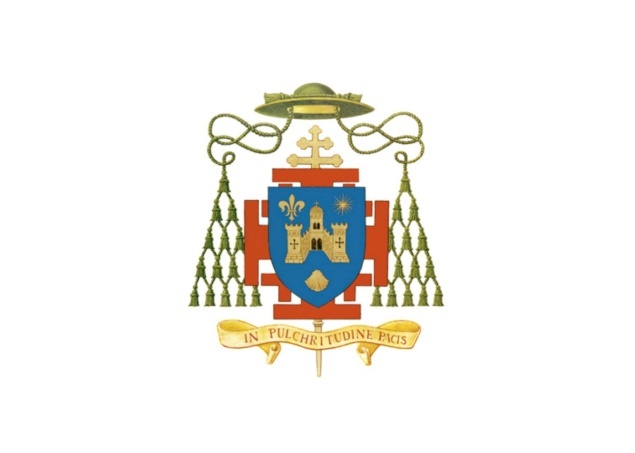 My dear Brothers and Sisters, beloved Sons in the Lord,

We come to the close of a year of prayer, supplication, veneration of the Blessed Virgin, meditation on her mystery and her important part in the faith because of her intimate participation in the plan of salvation.

I put this letter, the whole of my work as a pastor, and the whole diocese, under the protection of this model of virtue, of beauty and of humanity, made perfect by God Himself. She remains the model at which each faithful looks continuously, so that he may be guided by her beauty and strength towards the First Model, at the image of which all men have been created: “God created man in the image of Himself” (Gen 1:27).

INDICATIONS ALONG THE WAY

THE WILL OF GOD

Because of our fidelity to this view of things, we can transmit the faith which was given to us, in order to be lived and to be handed down.

After a few reflections on the principal theme of the faith, I would like to make a few points with regard to the situation in which we live: peace, dialogue, the “small lock” or the condition of the minority, religious as the bearers of the Gospel message in the Holy Land.

THE FAITH THAT HAS BEEN HANDED DOWN TO US

THE FAITH, GIVEN AND RECEIVED

In the light of our Faith we know that man is created after God’s image: his dignity is based on this divine resemblance. God then has exalted man and ennobled him through the Incarnation, the Redemption and the Resurrection, which is the victory over death. In this way the new man is born.

FAITH HAS TO BEAR FRUIT

Therefore, we now stop at these following points:

Therefore, in spite of his divine Transcendence, Jesus has invited man to look up to God, to make Him the object of his contemplation, to find in Him the model to imitate: “You must therefore be perfect just as your heavenly Father is perfect.” (Mt 5:48). It is then man’s destiny to be near God, to participate in His perfection. In this consists his existence and the meaning of his life. Far from God, he keeps looking for Him as one who tries to find truth and knowledge without being able to reach them. But when God manifests Himself to man in faith, and when man tries to reach the perfection which is God’s, then his life becomes meaningful.

The service of faith has to embrace all levels of human life. The person has to start by being himself a believer, making f1Jlitful each spiritual or material gift which he has received from God for the service of his fellow-man, who is created after God’s image and subject of His first commandment: “You shall love your neighbour”.

THE BELIEVER AND THE CITIZEN

PART OF THE CHURCH

WHAT CAN THE CHURCH DO?

The Church appeals to each man to be conscious of his own dignity and to take up his part in society, whatever the situation, be it one of peace or one of struggle.

Dialogue means “to see the other one”, such as he is, with the whole of his identity and personality, individually and socially, with the whole of his religious and cultural context. The first condition for each dialogue is respect for the personality of the other in his totality. A second condition consists in trying to know the other one such as he knows himself and judges himself, not by prejudices and historical or individual “a priori”, linked to past positions or resulting from the’ whole of present interests.

DIALOGUE: A NECESSITY IN OUR COUNTRY

THE DUTY TO EDUCATE ONSELF

In spite of all efforts already made we are faced with superficiality and a grave ignorance regarding the faith in a rather large number of our faithful. They have no real knowledge of their faith; they ignore their identity and their real place in Church and society. They have no roots and lack the feeling of belonging to the Church. Therefore, they easily give up the fight (exactly then when life becomes a real struggle) emigrating, or remaining as mere spectators, hoping for salvation from something indefinite and distant or foreign.

MISSION OF THE MINORITY

THE HOLY LAND, A DIFFICULT LIFE

The number of religious institutions is – thank God – ¬very high. Some of them have been here for a very long time, like the Venerable Custody of the Holy Land. Others have come later and have been welcomed in the diocese to participate in the mission in the Land of Jesus.

Workers in the same harvest, workers for God and for man, we have to know one another, to pray together, to remain together before God, our one Father, with serenity and strong in the love of our Saviour, who unites us all as brothers and sisters.

AT THE SERVICE OF THE BELIEVER

The Church universal owes to this man as to his land a particular service, on a spiritual and human level, so that he himself may realize his dignity and as a believer, may continue to bring the faith to his land, to all its guests, residents or pilgrims passing through it, who have come to study and to pray.

I call on each one, that he may take up his responsibility: the lay-people to deepen their Christian identity and to fulfill their part in society, because their salvation is to be found there, in a total integration in the situation and in their service of liberation as founded on their faith to which they give their assent and which they live well; the clergy, the religious from their side have to support the lay-people in the realization of their Christian personality, and to contribute more light and more hope in the difficult situation which we live, by their own reflection and their various services. 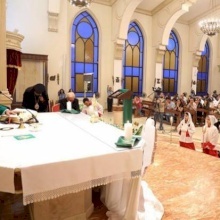