The road to Emmaus 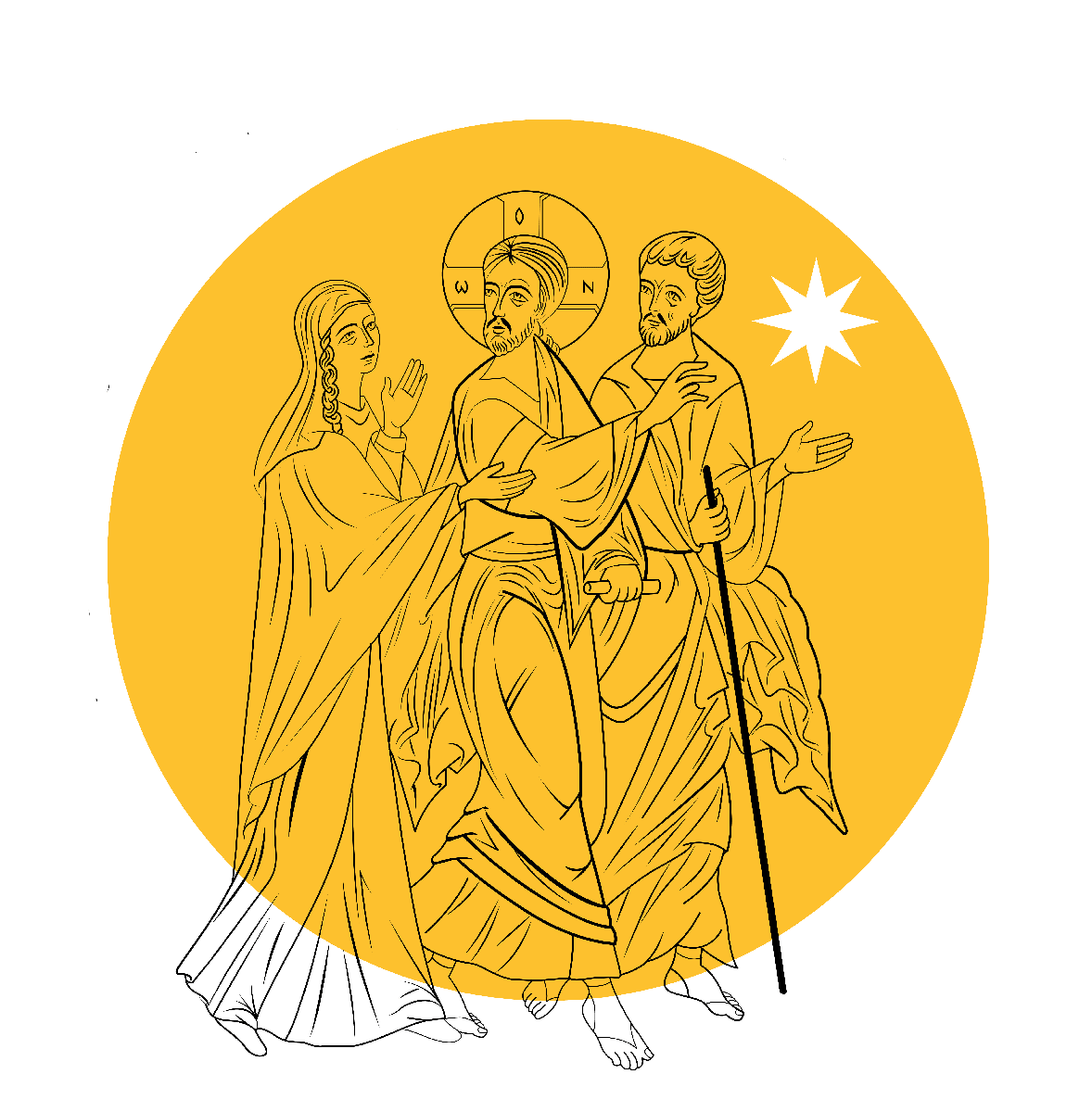 The road to Emmaus

Our image for the Synod

The image of Jesus and the two disciples (representing our communities) is explained by the words “He talked to us on the way” (Lk 24:32).

1. On the way (two of them were going to a village called Emmaus (Lk. 24:13): The two disciples are walking away from Jerusalem. Leaving Jerusalem, they take away their presence, their gifts, their hopes and their dreams. They are downcast and confused. They had hoped that Jesus was the Messiah and now he is dead! What has happened in the world has cruelly suffocated their dream of salvation, liberation and joy. Downcast, they share their pain.

2. He comes among them (while they were talking and discussing, Jesus himself came near and went with them (Lk. 24:15): At first, they do not recognize him. Their eyes are shut by tears, despair, loss of vision, distraction. Because they can no longer dream, their hearts have closed off the possibility to see beyond their difficult conditions.

3. He listens to them (he said to them, what are you discussing with each other while you walk along? (Lk. 24:17): They share with him their despair and their sense of tragic loss. They pour out their hearts, sharing with him how abandoned and lonely they feel. He listens to them closely.

4. He talks to them (Then he said to them (Lk. 24:25): As they walk on the way, he insists that perhaps they have not understood, that a sad heart does not allow eyes to see. Their hearts are burdened with fear and anxiety, blocking out God’s plan for them. Gently he tries to shake them out of their despair. He begins to reread with them the Scriptures, the Word of God. Are they listening as he points out that he is present everywhere in the words that God has addressed to them and their ancestors? He explains who the Messiah is and he might not correspond to their own ideas, interests and plans.

5. They listen together (he interpreted to them the things about himself in all the scriptures (Lk. 24:27): They listen together to the words he speaks. Something is happening as they look at one another and start to realize that this stranger who speaks to them with such tenderness, such concern, seems familiar after all. He proclaims to them as a history of salvation not something abstract but something that touches them in the depths of their being. Their hearts begin to burn with the same enthusiasm, the same hope, the same dream that animated them when Jesus was among them.

6. They reach their destination (Stay with us, because it is almost evening and the day is now nearly over (Lk. 24:29): They invite him in to join them. They want him to stay with them. This desire gives them the power to invite Jesus into their lives. At table, he breaks bread and gives it to them. They are famished after the long journey but their souls are even more hungry for his words and his presence with them. As they partake of what he gives them, their eyes are opened. The fire that had slowly consumed their hearts on the way has burnt away the gloom that covered their eyes. They now see him clearly and are amazed: he is Jesus, their beloved teacher and companion. In their eucharist (giving thanks), they now understand what they could not have understood until now.

7. Jesus vanishes but is rooted in their hearts (Then they told what had happened on the road, and how he had been made known to them in the breaking of the bread. (Lk. 24:35): Whereas he vanishes before their eyes, he is now firmly rooted in their hearts. He is present especially to their spiritual ears in the reading from the Scriptures and to their spiritual eyes in the sacraments. They know that he is with them on the way always. They get up to return to Jerusalem, full of zeal and energy, full of joy and enthusiasm to share the Good News. He is risen indeed.