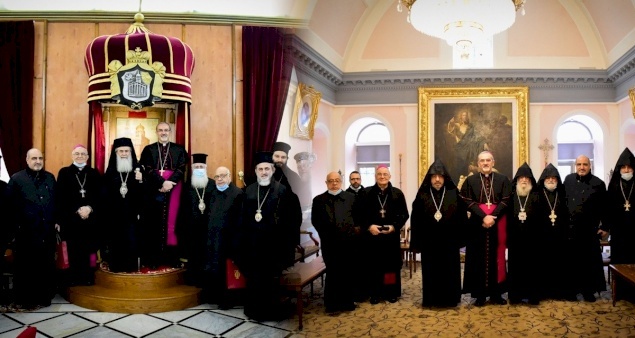 JERUSALEM - On Saturday, January 30, 2021, His Beatitude Patriarch Pierbattista Pizzaballa, accompanied by Bishop Boulos Marcuzzo and some Latin Patriarchate priests, visited the Greek Orthodox and Armenian Patriarchs for the first time since his appointment as Latin Patriarch of Jerusalem.

“The cooperation continues to help us deal with the common issue that we are facing in defending the Christian presence in the Holy Land, and safeguarding the integrity of the Holy places for the whole world,” said Patriarch Theophilos III. He also accentuated the need for continuous mutual respect and cooperation especially in times of COVID-19, which further complicated the mission of the Church.

Patriarch Pizzaballa reminded everyone of the Churches’ common responsibility and their roles to bear witness to their relations among each other, and the importance of the Christian community. “I’m sure that we will continue to work together for the sake of all Christian communities here that need our cooperation and are looking up to us,” concluded the Latin Patriarch.

The next stop was the Armenian Patriarchate where Patriarch Pizzaballa was welcomed by His Beatitude Nourhan Manougian. Both Patriarchs discussed the recent Christmas celebrations in Bethlehem and the difficult health and economical situation that the world is living in as a result of COVID-19. 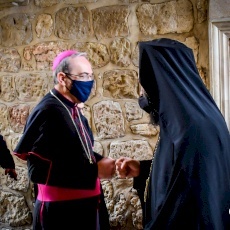 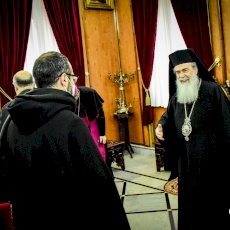 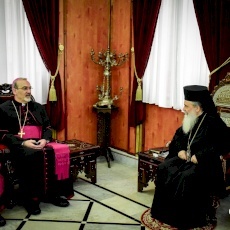 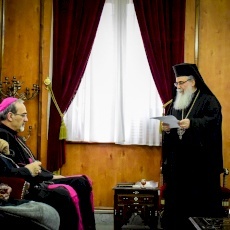 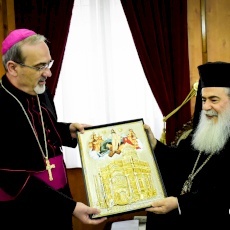 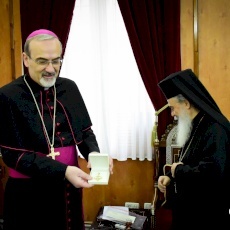 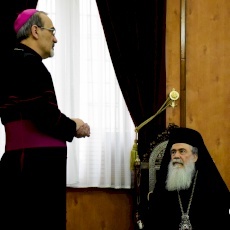 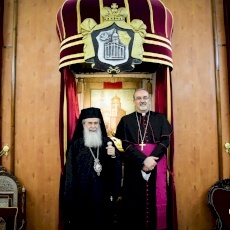 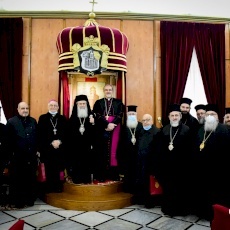 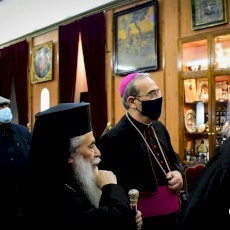 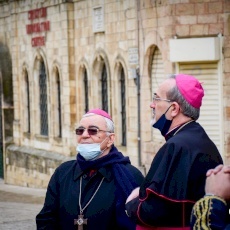 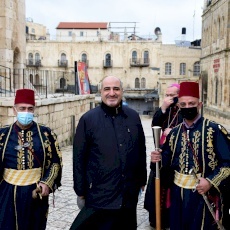 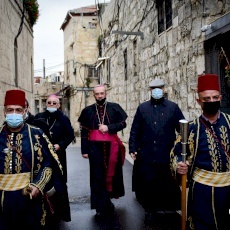 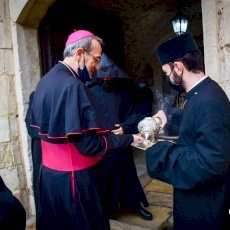 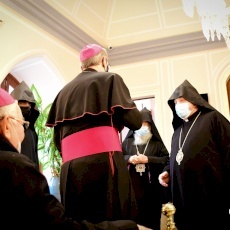 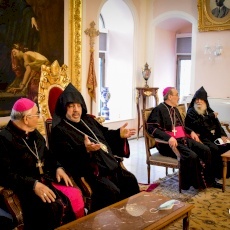 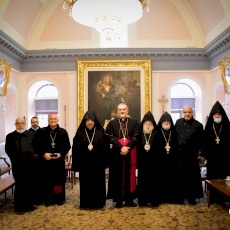