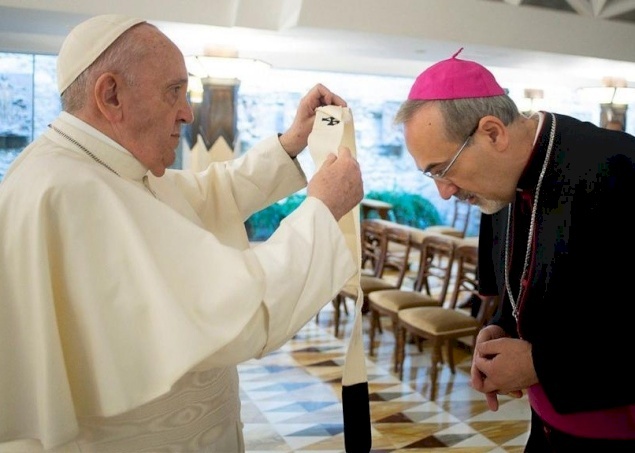 ROME - Today, October 28, 2020, H. H. Pope Francis bestowed the pallium on H. B. Pierbattista Pizzaballa, new Latin Patriarch of Jerusalem. The pallium, which is latin for mantle or cloak, is wool-made band that is bestowed by the pope on metropolitans and primates as a testimony of their communion with the Bishop of Rome and their mission to spend their lives for the flock, imitating the Good Shepherd carrying them on their shoulders.

"Within three months from the reception of episcopal consecration or if he has already been consecrated, from the canonical provision, a metropolitan is obliged to request the pallium from the Roman Pontiff either personally or through a proxy. The pallium signifies the power which the metropolitan, in communion with the Roman Church, has by law in his own province.

A metropolitan can use the pallium according to the norm of liturgical laws within any church of the ecclesiastical province over which he presides, but not outside it, even if the diocesan bishop gives his assent.

“The pallium,” said Patriarch Pizzaballa in his greetings to the diocese, “reminds us that we have chosen in Baptism to take upon us the yoke of Christ, the weight and glory of the Cross, which is love given to death and beyond.”

On October 24, 2020, Pope Francis appointed Archbishop Pizzaballa as Latin Patriarch of Jerusalem, making him the 10th patriarch since the reestablishment of the Latin Patriarchate in 1847. 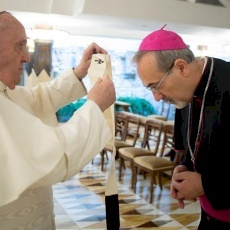 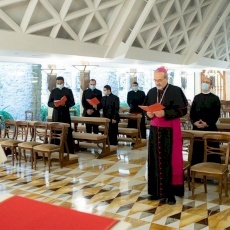 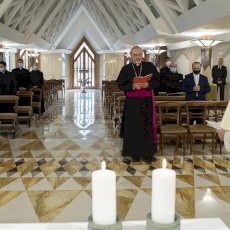 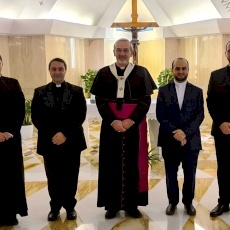 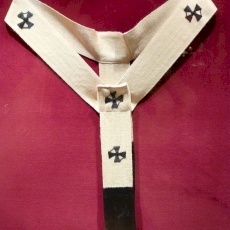