“Thank God for the things that I do not own”: Feast of Saint Teresa of Jesus 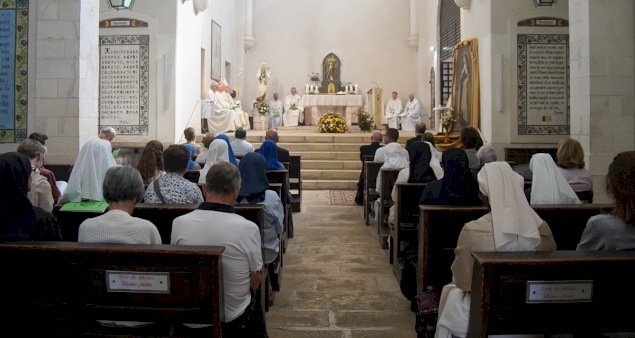 “Thank God for the things that I do not own”: Feast of Saint Teresa of Jesus Available in the following languages:

On Saturday, October 15th, the Carmel of the Pater Noster, atop of Mount of Olives, celebrated the feast of Saint Teresa of Ávila, also known as Saint Teresa of Jesus, a noble-born Carmelite nun and mystic, who established, with the help of Saint John of the Cross, the Order of the Discalced Carmelites.

The celebration, which was presided by His Beatitude Pierbattista Pizzaballa, Latin Patriarch of Jerusalem, also marked the opening of the 150 year-anniversary of the foundation of the Carmel, which was established in 1873 by French Carmelite nuns (the anniversary will be officially celebrated next year, in 2023). For the occasion, the faithful and guests were, after the Mass, given the opportunity to see the cloister of the Carmel, a beautiful courtyard normally accessible only to the nuns, where they were warmly welcomed by both Carmelites and volunteers of the Carmel. 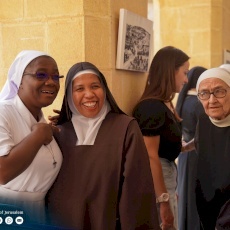 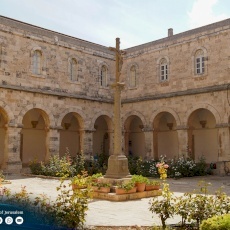 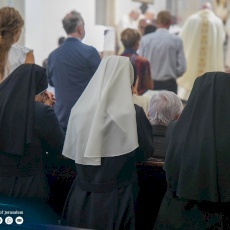 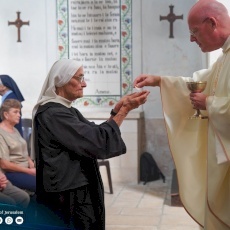 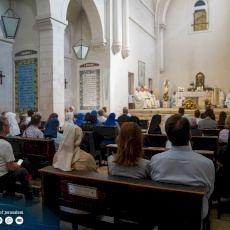 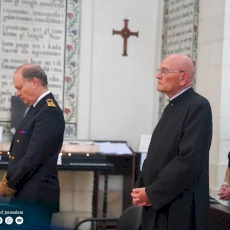 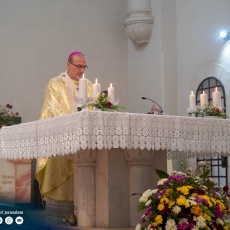 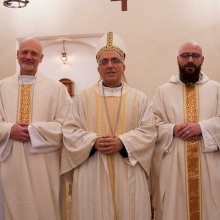 The Saint James Vicariate celebrates the Feast of Saint Simeon and Saint... 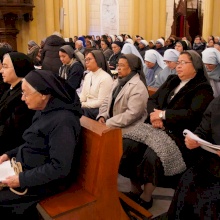 Celebrating the World Day of Prayer for Consecrated Life 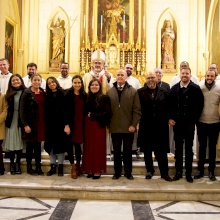 Mass for the renewal of Canção Nova’s commitment to God