Meditation of Archbishop Pizzaballa: VI Sunday in Ordinary Time, Year A Available in the following languages:

The long passage of Matthew’s Gospel account that we read today (Mt 5:17-37) must be read in the context of the Sermon on the Mount, of which it is part.

First, Jesus proclaims the Beatitudes: they announce that the Kingdom of God, already announced by the prophets and expected for centuries, is finally here.

Last Sunday we heard the passage that immediately follows the Beatitudes when Jesus says that disciples are the salt of the earth and the light of the world.

And with these images, Jesus states that the Kingdom of God, which is here, is disclosed in the life of the disciples, called to reveal, by their works, within their life, the presence of the Kingdom among men.

Continuing his discourse, Jesus becomes more concrete: what are these works that the disciples are called to do? In describing them, Jesus refers to the ancient Law, examining some cases of behavior and opening them to a new justice, to a new morality.

This passage reflects a typical dynamic of the New Testament, and which will be seen later and more clearly in the Letters of Saint Paul: first, there is the proclamation of grace, of the mercy of God who reaches out to humans, freely. And then the need arises to adapt one’s behavior to what has happened in us.

Today’s Gospel speaks of something more, something that surpasses. We could say that it speaks of the heart of man, who is now called to comport himself in a new way because he lives in a new time.

It is not a question of doing something more, otherwise, in the logic of the sermon, absolutely nothing would have changed: there would still be a law to observe to be able to obtain salvation, and Jesus would be a teacher only, a little more demanding than the others.

The sermon, on the other hand, is quite different: those who have been touched by salvation, no longer free to behave as before, can no longer be satisfied with observing a new law, however good and holy it may be. It is unable to give life.

This is why Jesus speaks clearly of a transition, of a leap to be taken with respect to the old Law, repeating several times the antithesis “You have heard it said… but I say to you”; and this is not because what Jesus proposes is completely differs from the old Law, but because it has completely changed the motivation that animates every area of life, every gesture, and comportment, every word that will be pronounced, every relationship with persons and things. As we said, we are no longer in the context of a duty to fulfill, but of a gratuitousness received to which we are invited to respond equally freely. Love cannot be measured.

When Jesus says that He has come not to abolish the law, but to fulfill it, He means that the true sense of the Law, the true intention, was just this: to bring man to this, more love and gratuity that can be born only from a grateful and appreciative heart for what he has received. 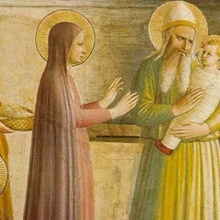 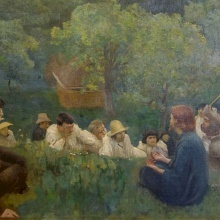 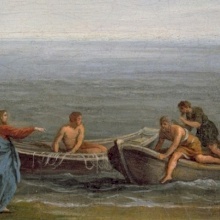