The return of the pilgrims 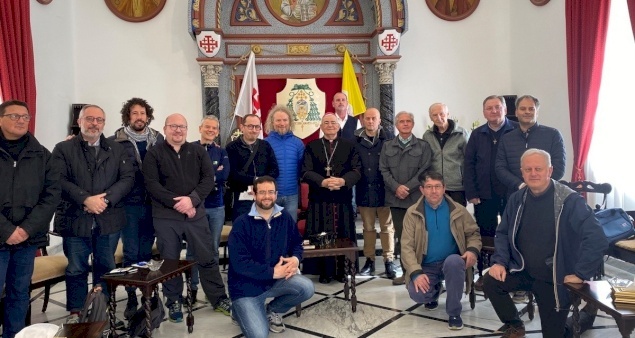 The return of the pilgrims Available in the following languages:

JERUSALEM - As Jerusalem's surroundings take on spring colours and the weather improves day by day, the greatly reduced sanitary requirements allow for the return of tourists and pilgrims, to the greatest joy of Holy Land's inhabitants.

As of March 1, 2022, Israel reopens its airspace to non-vaccinated tourists of all ages on condition of a negative result of two PCR tests, one carried out before boarding, the second upon landing at Ben Gurion airport.

The conditions of visit of sites are then completely normal since, on the same date, Israel also renounces the application of the health pass system (tav yarok), after having been one of the first countries to adopt it. Nevertheless, wearing masks, especially in public transportation, remains mandatory.

For a few days now, the Old City is once again offering the possibility of meeting small groups of pilgrims with colourful scarves, or a few schoolchildren smiling in spite of the rain, accompanied by the chaplain of their high school.

Last week the Latin Patriarchate met with several groups of pilgrims.
Archbishop Marcuzzo, Patriarchal Vicar Emeritus, had the great joy of welcoming a group of about twenty priests from the diocese of Treviso, from which he himself comes, as well as high officials of the Equestrian Order of the Holy Sepulchre belonging to the Lieutenancy of Belgium, who were visiting Jerusalem.

On his side, Mgr Shomali, Vicar General of the Patriarchate for Palestine and Jerusalem, met with a hundred pilgrims, anxious to offer them, in the name of the whole Holy Land, a warm welcome that would compensate for these thirty months of absence and uncertainty.

Let us hope that the celebrations of Lent and Holy Week will bring many visitors to the Holy Land, ending these long months of isolation in the hope and joy of Easter. 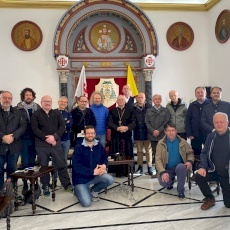 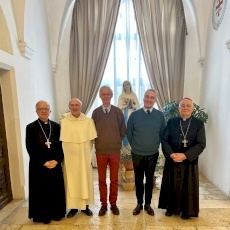