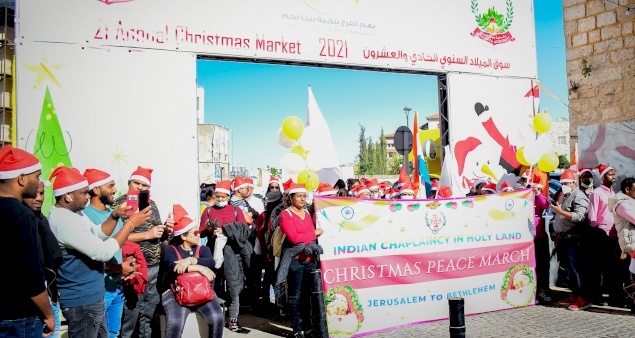 Walking in the Footsteps of Mary and Joseph with the Christmas Peace March Available in the following languages:

JERUSALEM - Every year during Christmas, Indian expatriates gather at the gates of the Old City to walk together to Bethlehem.

The event usually happens every year. Of course, it was canceled in 2020 because of the pandemic. But the Indian Chaplaincy in the Holy Land got their good habit back on track the very next year. This Saturday, December 11th, many Christians living in the Holy Land thus met to walk together to the birthplace of Jesus. If the great majority are Indian expatriates, foreigners are also welcomed with open arms. 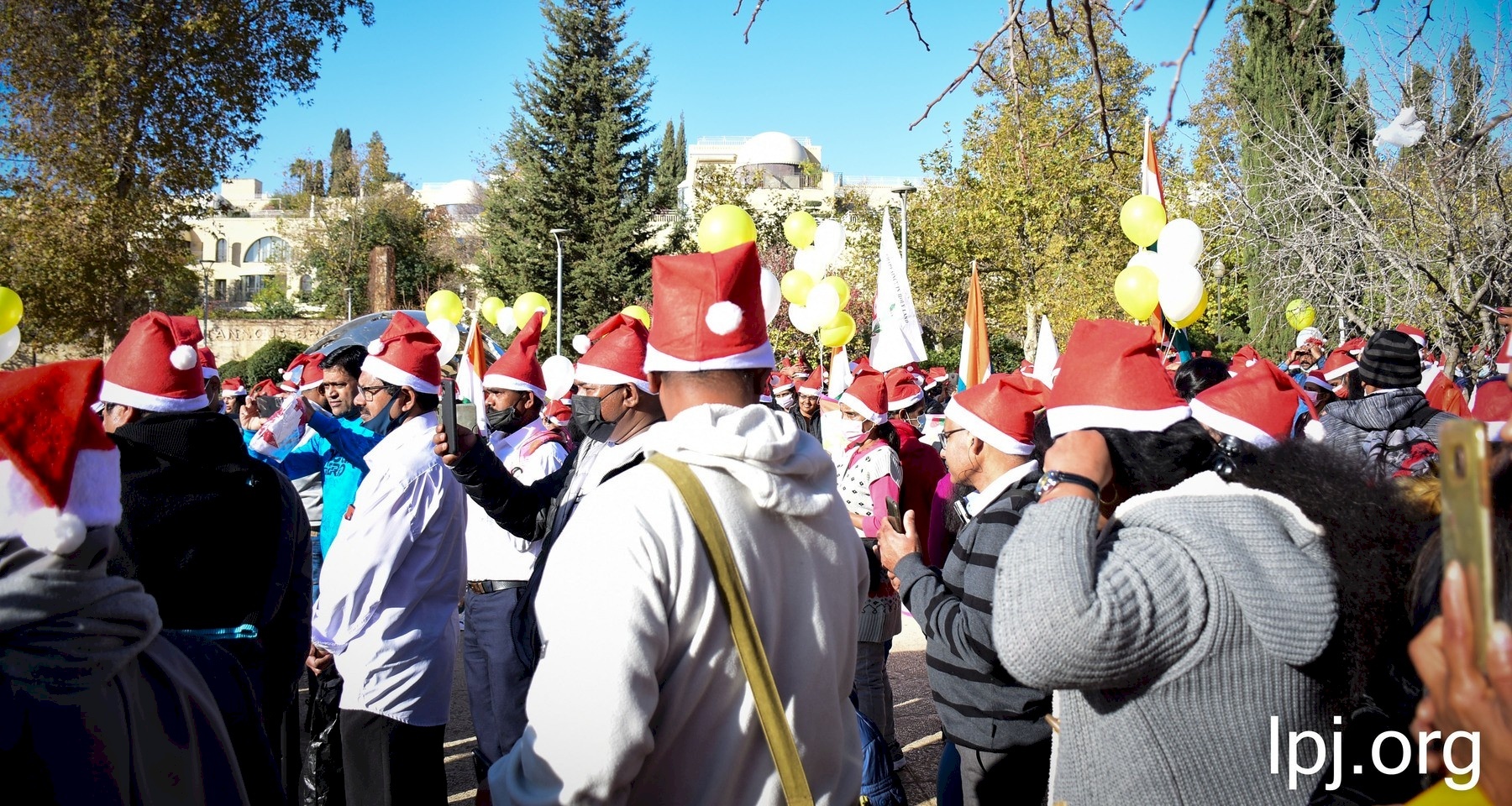 This symbolic march aims to retrace the path of Mary and Joseph, who had to go to Bethlehem while Mary was pregnant with Jesus to register for a census. Although today, the landscape has little to do with what the Holy Family experienced during their travel, this march is nonetheless a strong symbol of Christmas and a beautiful opportunity to share a moment of Christian unity ... and celebration!

Indeed, the Christmas Peace March is far from the image that we may have of the journey of the Virgin Mary and St Joseph. Each year, more than a hundred people come to Jaffa Gate to join the march. Often wearing Santa Claus hats (or even the full costume!), everyone laughs, sings or prays while releasing helium balloons into the sky. The participants form a motley group that is hard not to notice. 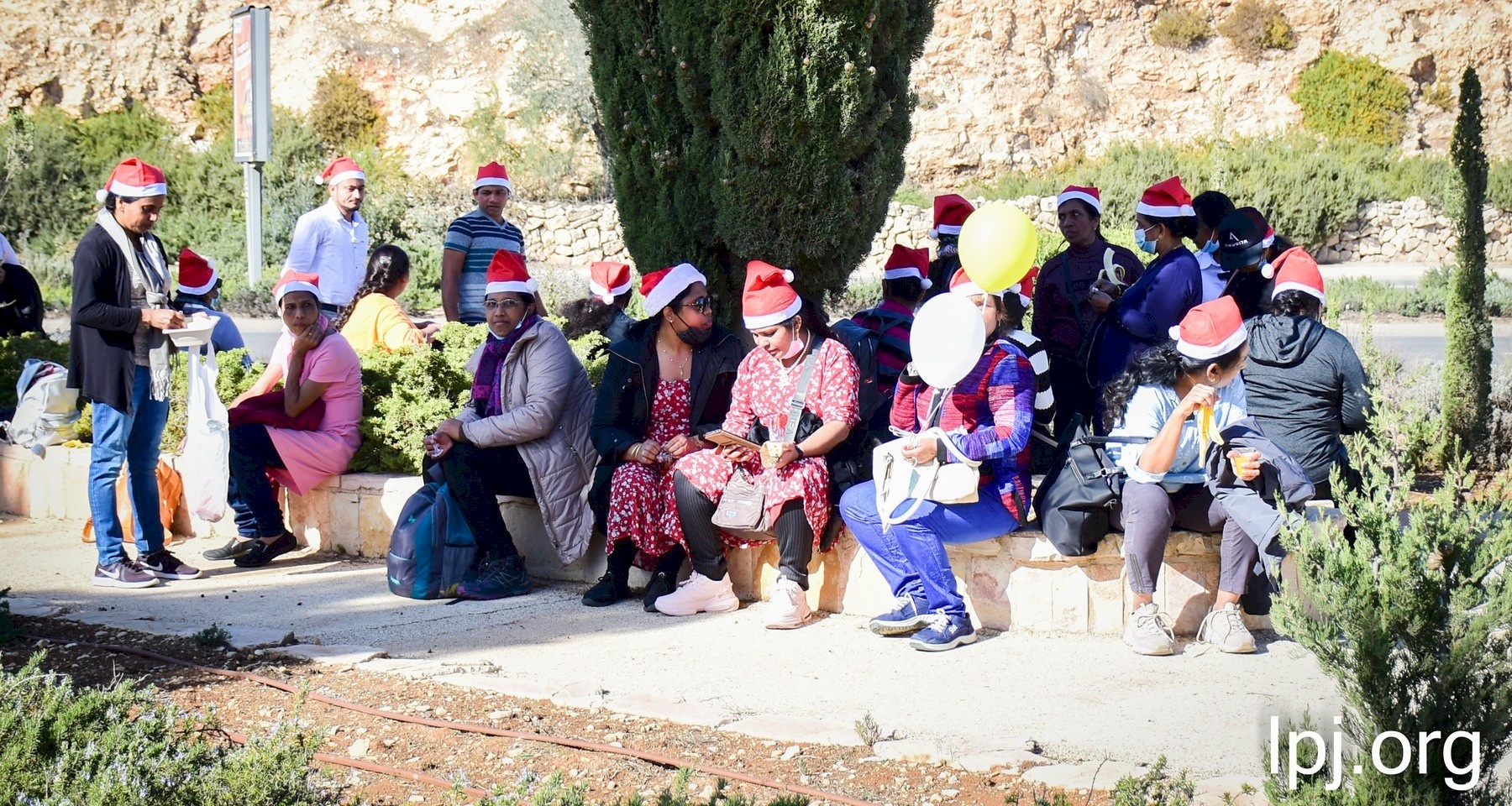 Before the checkpoint, cars accompany everyone to facilitate the crossing of streets. Music rises from a huge speaker that a man and a young woman take turns carrying. Halfway through, we stop to drink a glass of orange juice and eat a small chocolate madeleine. Some brought more substantial snacks, which they quickly offer to share with the others.

Little by little, people take off their sweaters and coats. Some run ahead of the procession to take pictures of it. By the time the group reached the checkpoint, it’s almost noon. The Christmas Peace March then turns onto Star St., the street that Mary and Joseph, and then the Magi after them, are said to have taken on their way to Bethlehem. We end up in Manger Square, where the march comes to an end. Fr. Pradeep, one of the leaders, gives his thanks to everyone in Hindi and English and then indicates the times of the masses that are about to follow. Everyone disperses; it is the end of the Christmas Peace March. But it is only the end of the morning, and there is still plenty of time to explore the city where Jesus was born. 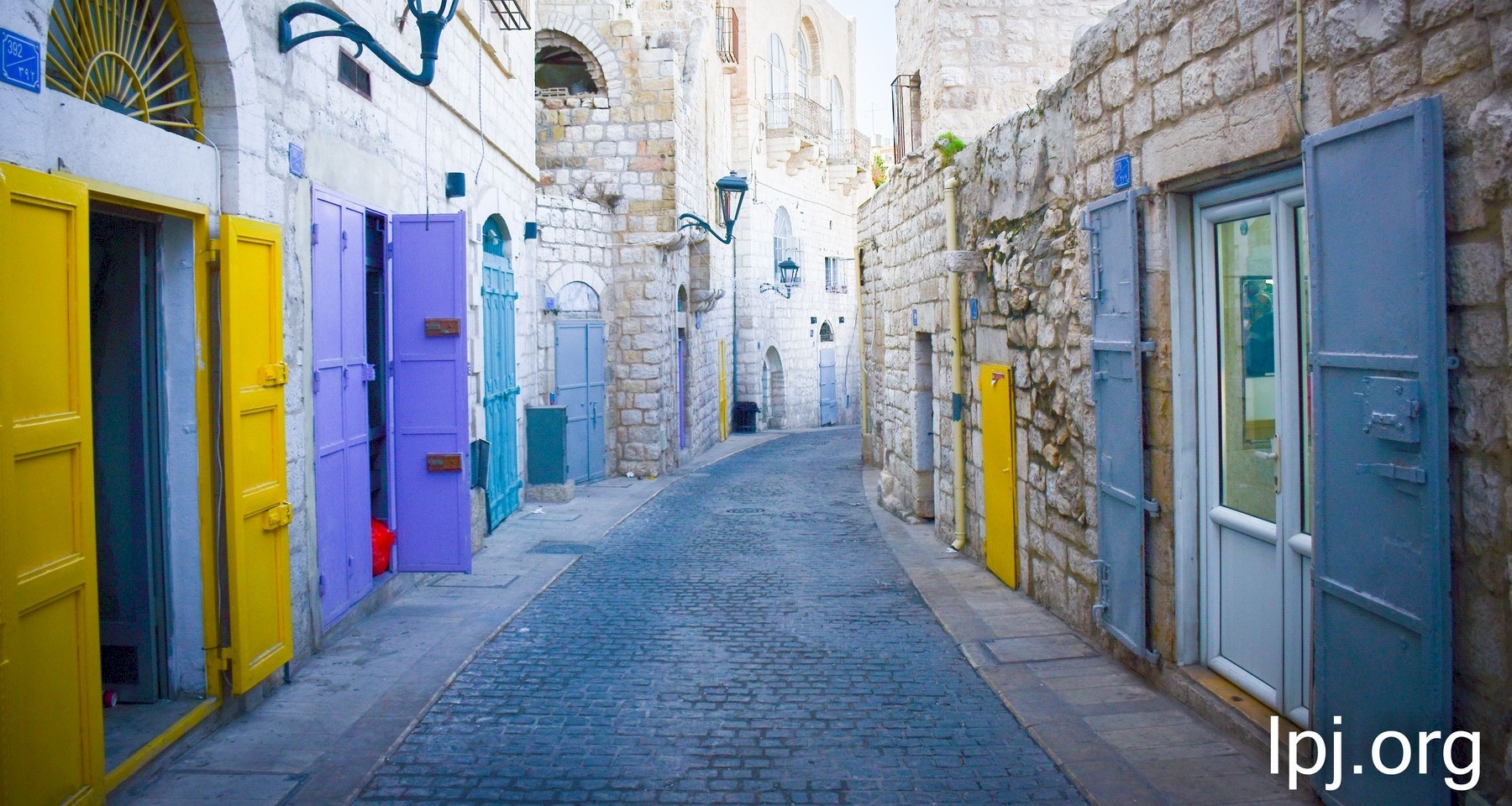 "I've been living here eight years, and I'm going back to India next year. So this may be the last year I do this. I've been doing it for years," says one of the participants. The Christmas Peace March is indeed a good way to meet people and get together. But whether or not you are part of the Indian Chaplaincy, it is also an excellent opportunity to discover Jerusalem-Bethlehem in a different way, while participating in a Christian event full of meaning and symbolism.