An end-of-summer Consistory that looks to the world 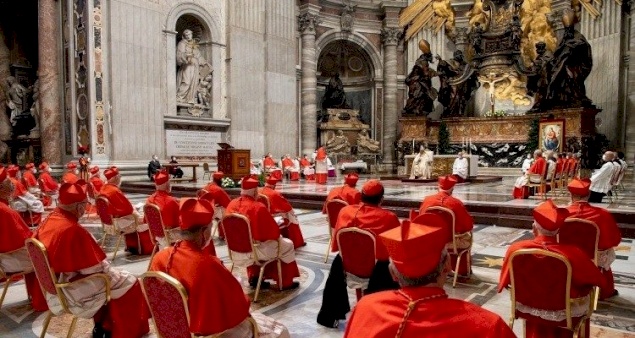 An end-of-summer Consistory that looks to the world Available in the following languages:

In a surprise announcement, and almost three months ahead of schedule, Pope Francis on Sunday called a consistory for 27 August for the creation of 21 new Cardinals, 16 of whom are under the age of 80 and therefore Cardinal-electors in an eventual conclave, plus five who have already reached the age of 80 or will reach it before receiving the red biretta.

Late August is not a traditional time for consistories (which have usually been held in February, June or November), but the list of new cardinals was preceded by the announcement of a meeting that will gather all the world's cardinals with Pope Francis in order to focus on the new Apostolic Constitution on the Roman Curia, "Praedicate Evangelium," promulgated on 19 March, which will be in force from Sunday, 5 June, the Solemnity of Pentecost.

The consistory for the creation of new cardinals on Saturday, 27 August, will precede the meeting, scheduled for Monday, 29 August, and Tuesday, 30 August.

Gaze at the peripheries

A look at the list of the new cardinals confirms the line of thinking followed by Pope Francis throughout his pontificate: many of the 16 new Cardinal-electors mark a surprise, not counting the first three who work in the Roman Curia, which are fairly predictable and namely the prefects of the dicasteries of Divine Worship and that of Clergy, along with the president of the Governorate of Vatican City.

Once again, the Pope has chosen to associate the College of Cardinals with bishops from all over the world, preferring the peripheries and overlooking those sees that were once traditionally considered "cardinalitial."

Two new Cardinal-electors lead dioceses in Europe (the Archbishop of Marseille and the Bishop of Como); five are working at the frontiers of Asia (one of these, Bishop Giorgio Marengo, the Italian Apostolic Prefect in Mongolia, will become the youngest in the college at 48).

There are two bishops in Africa, and four in the Americas (one in the United States, three in Latin America, with two dioceses in Brazil whose incumbent gets the biretta). Also interesting to note is the Archbishop of Marseille, who was born in Algiers, and the Bishop of Como, who becomes the only cardinal to lead a diocese between Italy's northwest and northeast.

Once again, Pope Francis brought into the College of Cardinals five prelates, two of whom are not bishops, who have already passed or are about to pass the age threshold when they can no longer vote in the event of a conclave. In this mini list, the majority is Italian (three out of five), with acknowledgment among others given to Jesuit Father Gianfranco Ghirlanda, former rector of the Pontifical Gregorian University, esteemed canonist, and collaborator with the Holy See.

The number of Cardinal-electors thus expands from the limit of 120 set by Pope St. Paul VI, as has happened several times before. 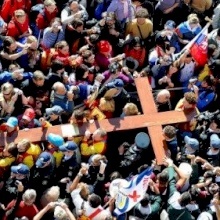 Message of His Holiness Pope Francis for the XXXVII World Youth Day 2022-... 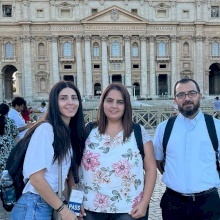 Participation of the Latin Patriarchate in a Congress on Catechesis in th...