Beatification of Pope John Paul I: "Let us never tire of proclaiming the family as a community of love” 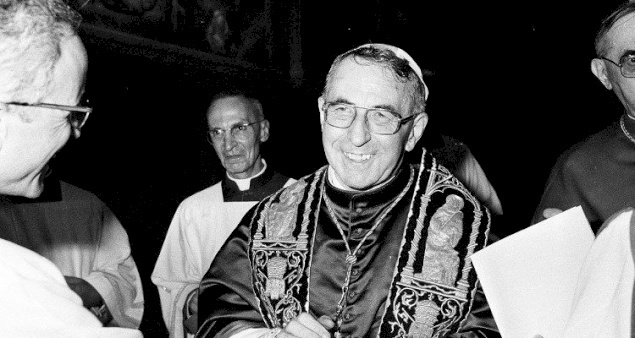 Beatification of Pope John Paul I: "Let us never tire of proclaiming the family as a community of love” Available in the following languages:

ROME - This Sunday, September 4th, 2022, in St. Peter's Square, Pope John Paul I was beatified during a Mass presided over by Pope Francis.

Nicknamed the "Smiling Pope" (or "The Smile of God"), John Paul I was elected Pope on August 29th, 1978, only 33 days before his untimely death at the age of 65. On the occasion of his beatification, Mgr Giacinto-Boulos Marcuzzo, bishop emeritus of the Latin Patriarchate and former member of the late Pope’s diocese of Vittorio Veneto, looks back on his life and journey.

Albino Luciani, born in 1912 in Italy, decided to become a priest at the age of ten, after an encounter with a Capuchin monk. He entered the minor seminary in 1923 and was ordained a priest in 1935, after an unsuccessful attempt to join the Jesuits. He continued his studies with distinction, but refused the rank of bishop several times because of his poor health. In 1958, however, he was appointed Bishop of Vittorio Veneto by Pope John XXIII, and thus actively participated in the Second Vatican Council (even drafting one of the decrees), as well as in the Synod of Bishops in 1971. In 1969, he became Patriarch of Venice and in 1973, he was created Cardinal. Five years later, against all odds, he was elected Pope by the papal conclave. He died after a brief reign of 33 days, succeeding in spite of the brevity of his pontificate to mark the spirits by his virtue (Pope Benedict XVI said of him, "Because of this virtue of his, it only took 33 days for Pope Luciani to win people's hearts. His simplicity was a vehicle for a solid, rich teaching"). In 1990, a petition signed by 222 bishops and four cardinals was launched in favor of his canonization, whose process officially began in 2002. A miraculous cure (an eleven-year-old child suffering from encephalitis) was attributed to him in 2021, allowing his beatification.

"He was a wonderful bishop," recalls Mgr Marcuzzo. "Very humble, very simple, but at the same time very firm. He was also an avid reader (his secretary told us that he read almost three books a day), and he had an extraordinary memory. I remember that every time we saw each other, no matter how much time had passed – nine years, sixteen years – he remembered me."

Invited to several conferences on Albino Luciani, the now emeritus bishop of the Latin Patriarchate met the future Pope John Paul I while he himself was still a young seminarian. "During the summers of my adolescence, I spent my time listening to his homilies. Teenagers usually don’t develop a passion for bishops' sermons. But whenever he passed through a town near mine, I would get on my bike and go listen to him. Not only did I appreciate his speeches in general and his homilies in particular, but they also helped me grow in culture and spirituality. The content was convincing, the presentation simple and direct with a subtle and sparkling touch of irony, the theme always new, the form rich in examples and illustrative quotes, the length acceptable for the audience. Of course, the tone, the voice and the declamatory style did not always please everyone. One person, a mayor I believe, even described his style as 'disconcerting'. But for me, such things did not matter. His speeches were such that I retained them easily, which was very useful to me because, often, when I came home, my mother asked me to repeat them to her." 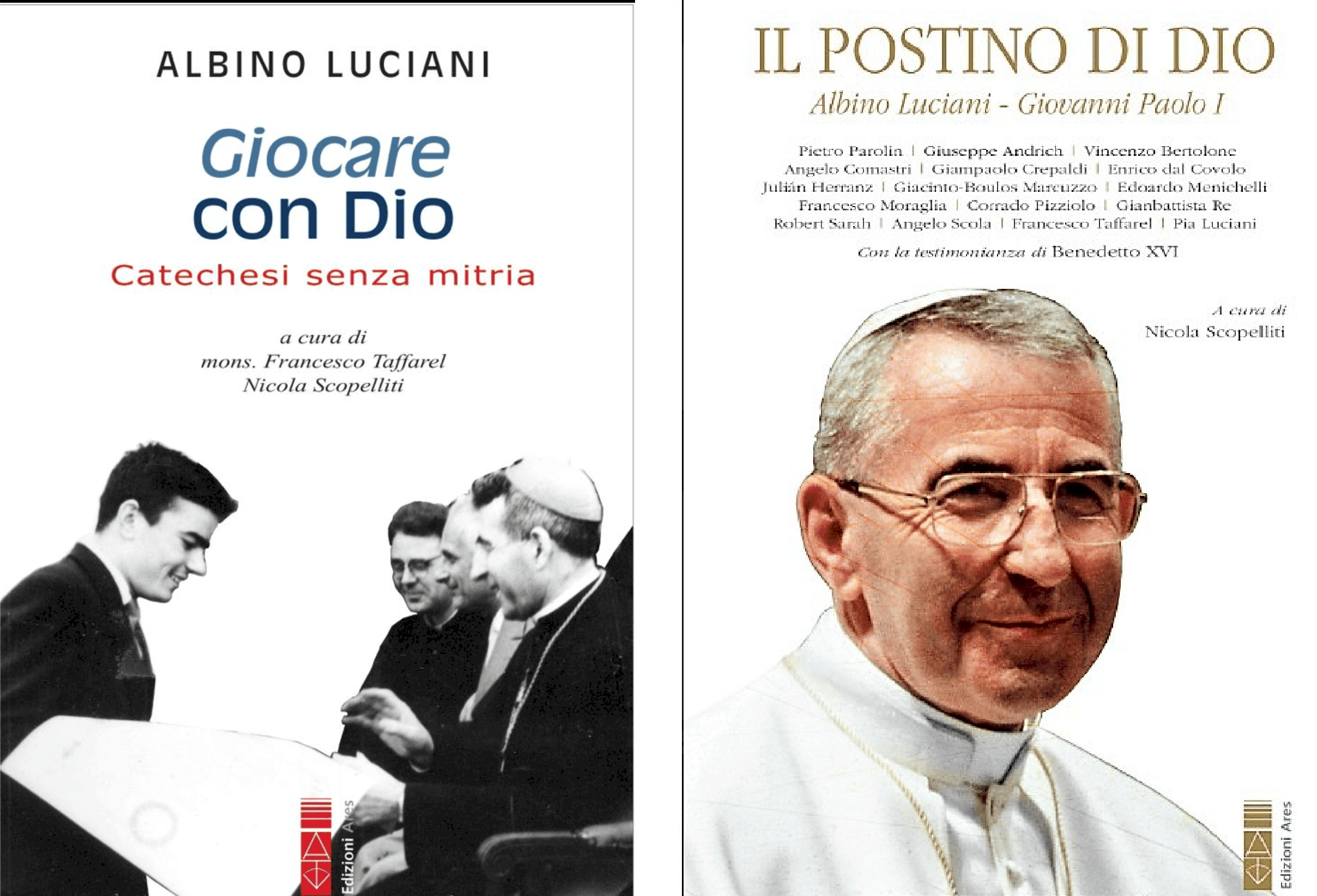 Two books on John Paul I: Il Postino Di Dio (God's Postman), which gathers some testimonies of those who knew him, and Giocare Con Dio (Playing with God), which tells a series of amusing anecdotes illustrating his personality and character. Archbishop Marcuzzo (on the left on the cover of the second book) contributed to both books; some of the anecdotes in this article are included.

Mgr Marcuzzo has a plethora of stories about Pope John Paul I. One in particular stands out for him: that of a seminary graduation. "One day, during one of these ceremonies, I received from the hands of Mgr Luciani the precious document with my name on it. He said to me, 'Giacinto, congratulations, but don't forget that it's only a piece of paper! At the time I was a little surprised; I didn't understand what he meant by that. It was my mother who, sensing that something was wrong, and asking me to confide in her, said, 'He's right. That's how you learn humility!'" An appropriate analysis on her part, especially when you consider that Mgr Luciani's motto was Humilitas. "This is the kind of thing that accompanies you throughout your life and is a healthy and permanent point of reference," Mgr Marcuzzo concluded.

Now blessed, Pope John Paul I, whom Benedict XVI called "an incomparable catechist," has joined the ranks of those whose virtues have been recognized by the whole Church.

Photo credit (main one only): vaticannews.va