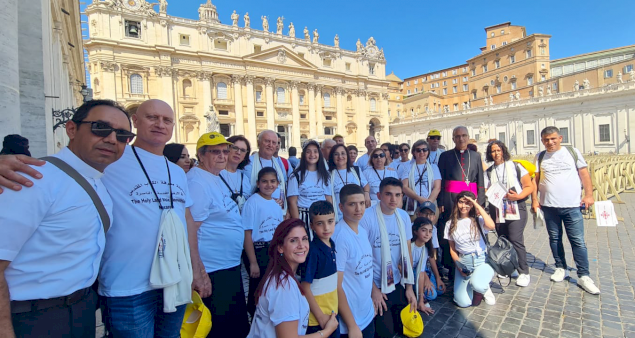 The winners of the Holy Bible competition meet the Pope in Vatican City Available in the following languages:

ROME – After two years of pandemics, the winners of the Holy Bible Competition were finally able to go on a pilgrimage to the Vatican and to meet His Holiness Pope Francis.

The meeting was coordinated with the Papal Embassy and the Latin Patriarchate, represented by Mgr Rafiq Nahra, Patriarchal Vicar for Israel.

Because they could not travel previously due to the COVID-19 pandemic, all winners of the Holy Bible competition's fourth, fifth and sixth editions participated in the pilgrimage. They were accompanied not only by Mgr Rafiq Nahra, but also by Fr. Marwan Dadis, parish priest of Nazareth, the head of the competition, as well as their own families.

The Holy Bible Competition is held annually in Nazareth, in cooperation with the Latin Annunciation Family Club, and with the care and support of the Western and Eastern Christian dioceses and local and foreign Christian institutions. It has 18 stages, which are attended by bishops of all the Churches. The competition concludes during the Feast of the Annunciation, with the participation of His Beatitude Pierbattista Pizzaballa, Latin Patriarch of Jerusalem.

This year, after the sixth edition of the competition in March, the winners and their accompanying delegation arrived in the Vatican on Wednesday, August 3rd. On top of being able to visit Rome, Naples and southern Italy, they attended a general meeting with His Holiness Pope Francis, in which thousands from all over the world participated. All received a warm welcome and blessing. During the meeting, Pope Francis stressed the importance and role of the competition, which strengthens the spirit and teachings of the Holy Gospel among the sons and daughters of the Holy Land. 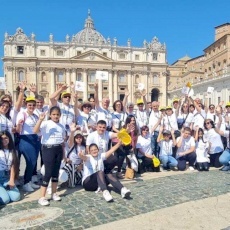 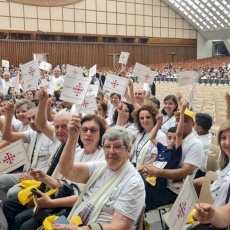 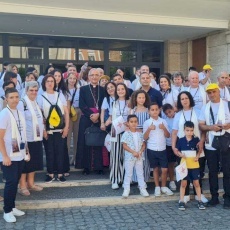 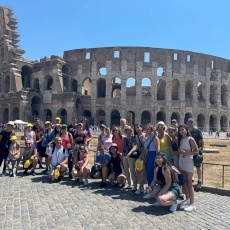 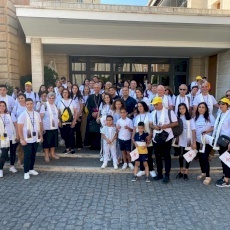 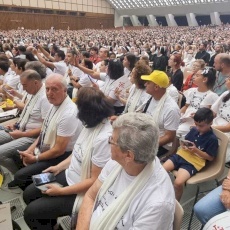 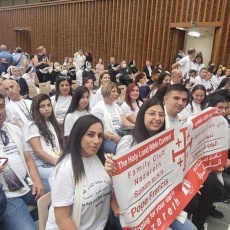 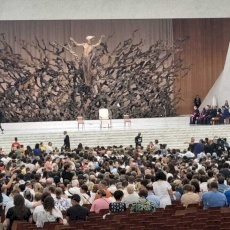 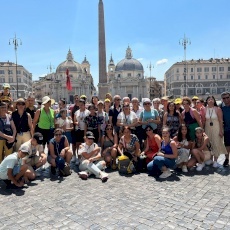 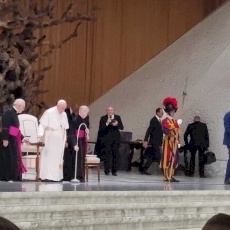 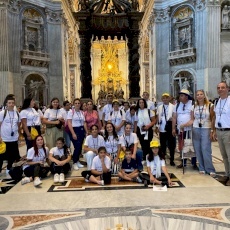