25th Anniversary of the Catechetical Office in Jerusalem 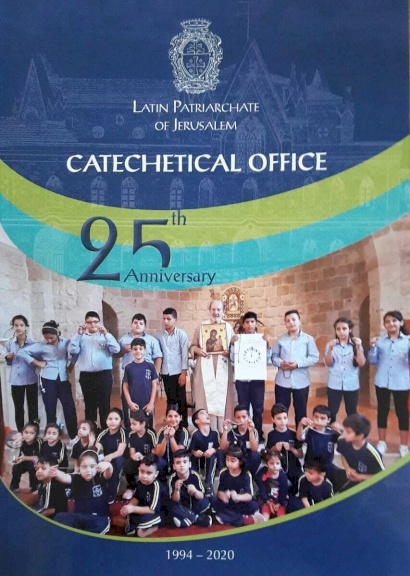 25th Anniversary of the Catechetical Office in Jerusalem Available in the following languages:

JERUSALEM - On the 25th anniversary of the establishment of the Catechetical Office of the Latin Patriarchate in Jerusalem, Sister Virginie Habib office director prepared a documentary album book that reviews through its various chapters the activities and programs of the office during these 25 years.

The book opens with a word of thanks and gratitude to all donors and benefactors who supported the programs and activities of the office, then an opening speech for  Archbishop Pierbattista Pizzaballa in which he thanks everyone who performs this important service in  our local church and urges them to follow the example of Jesus the Master, whose teaching was in coherence with His works and life, and that they should apply in their educational mission the words of Jesus: “My teaching is not from me, but from the one who sent me” (John 6: 17).

Then a recognition page which was dedicated to Father Rafiq Khoury, founder of the Catechetical Office and his many other achievements in this field within the Church of Jerusalem.

Copies of this book will be distributed to schools, parish priests and institutions supporting the work of the office.

On this happy occasion, we can only thank and appreciate all the efforts made by many parties for the continuity of the mission of the office during these years by fulfilling and achieving its goals.

Special thanks go to the Catholic and Ecumenical Committees for Catechesis, teachers of Christian education and principals of Christian schools.

We hope and pray that this occasion will be an opportunity for a total revision and renewal of its service under the care and supervision of Father Remon Haddad from the Latin Patriarchate, who was appointed as responsible for the office and will assume his duties next month, the beginning of August.

I conclude my article with the conclusion of the opening speech of His Excellency Archbishop Pierbattista Pizzaballa: “Finally, I would like on behalf of you all to praise the Lord for all the good fruits and graces He bestowed on our diocese through the mission of the catechetical office which this year is completing 25 years of its foundation.

May our Lord bless all our efforts and lead them into a fruitful end according to His will”. 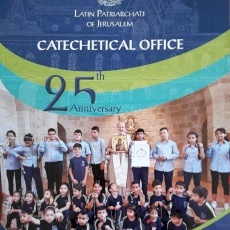