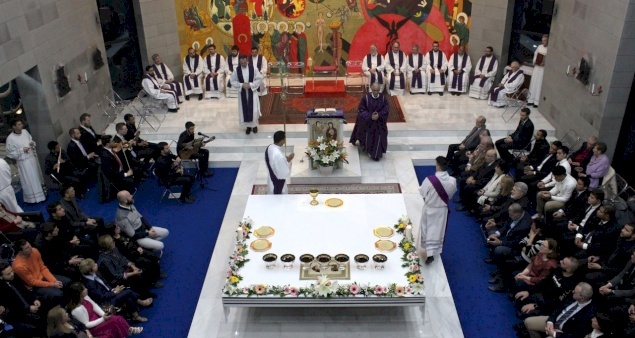 Admissio ad ordines of four young aspirants from the Redemptoris Mater Seminary in Galilee Available in the following languages:

GALILEE – On the Mount of Beatitudes, four young men from the Redemptoris Mater seminary of Galilee received the admissio ad ordines: Oscar John from the Philippines, Lucas from France, Giacomo from Italy and Francisco from Colombia.

Philippines, France, Italy, Colombia. These are the countries of origin of the four aspirants to the priesthood from the Redemptoris Mater Missionary Seminary in Galilee, who were admitted to Holy Orders on Sunday evening, March 27th. Their names are Oscar John, Lucas, Giacomo and Francisco. Young men with very different experiences, but united by their encounter with Christ, who through the Christian initiation of the Neocatechumenal Way, touched their hearts giving them the desire and the impetus to serve him.

The essential and solemn liturgy of the Admissio (admission to Holy Orders), in Arabic, was presided over by Bishop Rafic Nahra, Patriarchal Vicar for Israel and recently elected Bishop by Pope Francis, in the Church of the Twelve Apostles and the Seventy-two Disciples, at the Domus Galilaeae. It was attended by members of the neocatechumenal communities, in which the young people complete their journey of faith, but also by some family members, parents and siblings, who were able to come from Europe and Colombia.

Relatives and siblings from the communities in Dubai were present for Oscar John, who celebrated his 33rd birthday on Sunday and has a bachelor's degree in psychology: he emigrated to the United Arab Emirates to work, where he discovered his vocation. Lucas, almost 25 years old, born in Alsace and third of five children, was a carpenter, and did pastoral service in the Holy Land, in the parish of Rafidia. Giacomo, just 24 years old, originally from Pescara and second of eight siblings, grew up in Denmark, where his family has been for more than twenty years, first in the mission in Copenhagen and Sostrup, and then in the Missio ad Gentes in Brøndy Strand: Danish is almost his mother tongue. As for Francisco, 29, from Bogota, he has a degree as a music teacher, and spent time in the Redemptoris Mater in Colombia before being sent to Galilee. Being in a missionary seminary, he gave his availability to go anywhere: once in Galilee, he did two years of itinerant mission in the Palestine and Cyprus team.

All seminarians from  the Redemptoris Mater seminary of Galilee study Arabic; their training includes itinerant (mission) experiences, in which among other things they can practice the language, preparing themselves to serve the Church of the Holy Land and particularly the Latin Patriarchate of Jerusalem.

"Today the Church responds to your "Here I am!", and blesses your journey," said Mgr. Rafic Nahra, who, while commenting on the Gospel of the prodigal son, highlighted how we have all received mercy from the Lord, but how those who are called by Him to ministry, in particular, must be ready to share the graces received, especially in the service of the weak and the poor. And this is a criterion for discerning the vocation, along with the joy that comes from the Lord. In his homily, the Patriarchal Vicar also highlighted three themes. First of all, the call to grow in the knowledge of God and of oneself, in total sincerity. Without this knowledge, one cannot leave the path of sin. In addition, those who know God see that everything makes sense. Another aspect is humility: the presbyter who does not have humility has aversion and bitterness towards others, like the eldest son in the Gospel. The invitation to these young aspirants was therefore to put themselves at the service of others, rather than acting to feel worthy. As for the third aspect, it was about the necessity to know and experience the richness of the Church, of the Holy Spirit, during this time of formation. "Open your hearts to see the work of God," exhorted Bishop Nahra, "even in the things you never imagined in life. We must go after the Holy Spirit, and not ahead."

The rite of Admissio took the form of a simple dialogue with the candidates who, in response to the Lord's call, confirmed their willingness to complete their preparation in order to be ready to assume the ministry in the Church, and to commit themselves "to spiritual formation in order to become faithful ministers of Christ and of his body which is the Church". Mgr. Nahra, in the name of the Church, welcomed this intention, blessing the young men so that they may persevere in their vocation, and, united to Christ the High Priest, become authentic apostles of the Gospel.

A few days earlier, on March 19th, during the Solemnity of St. Joseph, the Seminary experienced another great joy: the celebration of the conferral of the cantorate, lettorate and subdiaconate (minor orders of the Maronite Church) on Michel El-Khoury, a seminarian of the Maronite rite. The rite was presided over by the Maronite Archbishop of the Holy Land, Archbishop Moussa El-Hage, who reserved words of gratitude to the Neocatechumenal Way and the priestly formation received in the Seminary. 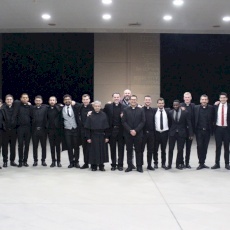 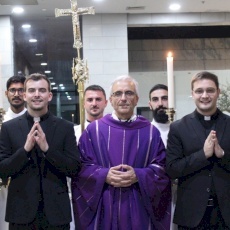 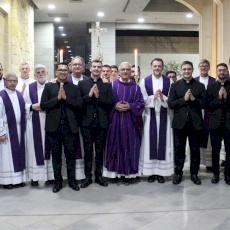 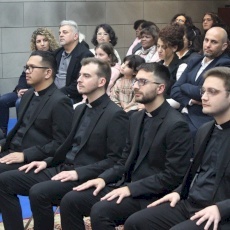 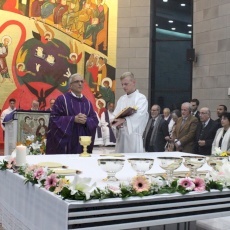 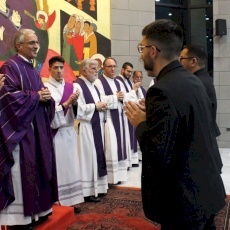 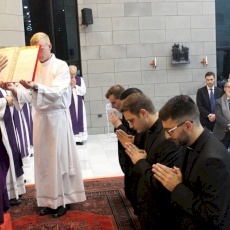 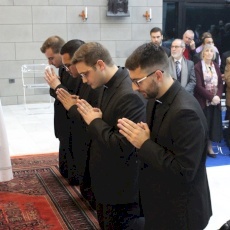 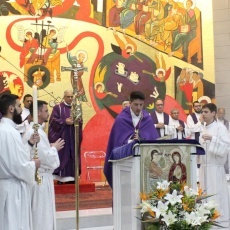 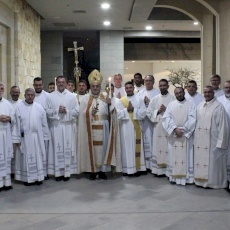 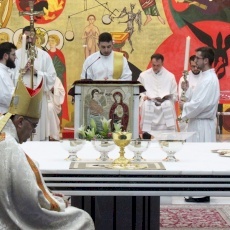 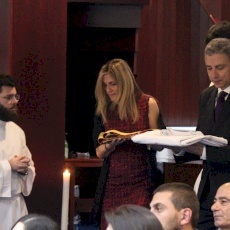 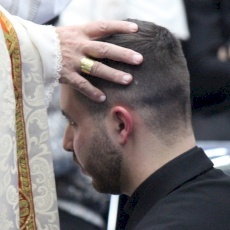 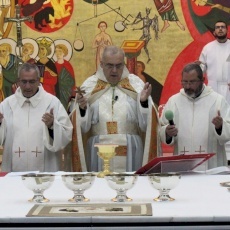 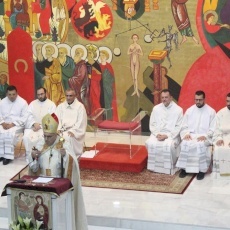 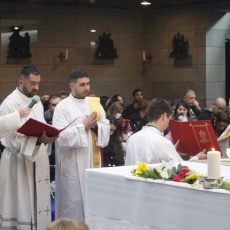 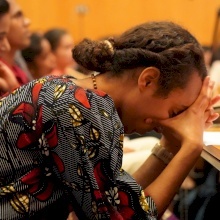 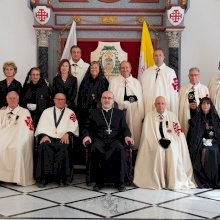