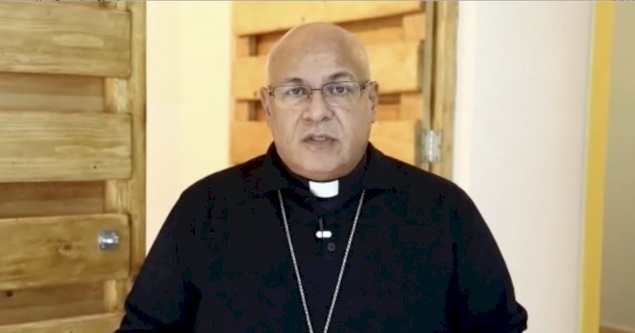 Apostolic Vicar of Beirut thanks Jerusalem Diocese for support of Lebanese people after Beirut blast Available in the following languages:

LEBANON - In a recorded video, H.E. Bishop Cesar Essayan, Apostolic Vicar of Beirut, thanked the Latin Patriarchate of Jerusalem and Patriarch Pierbattista Pizzaballa for their spiritual and financial support for the Lebanese people following the August 4 Beirut blast.

The Apostolic Vicar thanked all bishops, priests, religious communities and the faithful who “participated alongside the Apostolic Vicariate of Lebanon in giving assistance, help and hope to those affected by the explosion”. He also expressed his gratitude for the help provided by Caritas Lebanon, Little Way Association and Fondazione Giovanni Paolo II as well as all individuals who helped and donated from around the world.

The donations, said Bishop Essayan, helped renovate over 60 houses and financially support schools and hospitals. “Today, we finished the first phase of our assistance that allowed people to come back home and to proceed with a decent living. Today the second phase starts and it comes to answer the effects of the explosion, as we noticed that the trauma is huge and the economic crisis is even more endangering. Therefore, we are launching the project “Crossing Together”, a community center in Jaitawi, one of the most affected areas in Beirut."

On August 5, 2020, His Beatitude Pierbattista Pizzaballa, called upon faithful, priests and religious communities to pray in every parish and every church of the diocese, and collect the offerings during the Eucharistic Celebrations on the two Sundays that followed the explosion to be sent to the victims struck by this terrible disaster.

According to the Lebanese Health Ministry, the explosion left more than 204 dead and 6,500 injured. It also resulted in displacing about 300,000 people. Property damage was estimated to be more than US$15 billion. 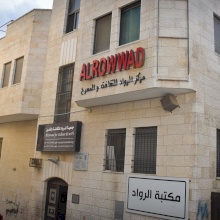 Al Rowwad: expressing oneself through culture 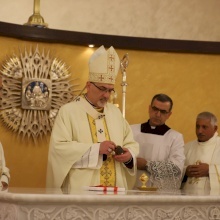 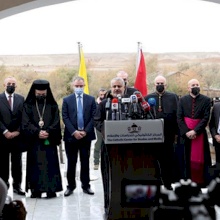