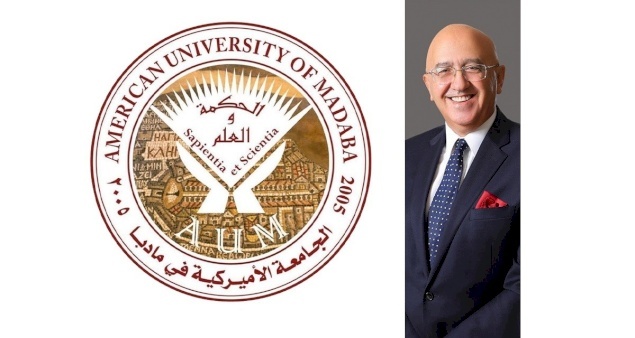 Appointment of a new chairman for the American University of Madaba Available in the following languages:

MADABA – Following the appointment to Jerusalem of Mgr William Shomali, now General Vicar of the Patriarchate, His Beatitude Pierbattista Pizzaballa, Latin Patriarch of Jerusalem, along with the administration of the American University of Madaba, appointed the engineer Mr. Azzam Nima Shweihat as Chairman of the Board of Trustees of the University.

It is worth mentioning that Mr. Azzam Shweihat graduated with honors from the University of Sussex (United Kingdom), obtaining a degree in Electronics and Medical Engineering. Besides Arabic, he also speaks both English and Greek.

In 2019, he became a member of the Board of Trustees of the American University of Madaba, before being promoted president in 2022. During these years, Mr. Shweihat assisted and supported the development of the university's strategy for appointing laypersons rather than religious people to strategic and important positions, and also managed to develop the connection to the local community in the Madaba Governorate. Thanks to his service as chairman of AmCham (American Chamber of Commerce) in Jordan for two consecutive terms, and Chairman of the Board of Directors of the Madaba Tourism Association, he also reinforced partnerships between the University and parents, as well as between various local and international institutions.

Today, he will continue the commandable work of his predecessor Mgr. William, former Chairman of the Board.