“Building the future with migrants and refugees”: International Migrants Day in the Holy Land 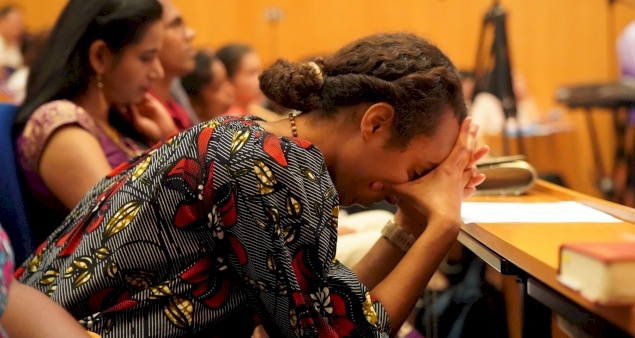 “Building the future with migrants and refugees”: International Migrants Day in the Holy Land Available in the following languages:

JERUSALEM – For International Migrants Day, the Vicariate of Migrants and Asylum Seekers of the Holy Land celebrated with a Mass presided over by His Beatitude Pierbattista Pizzaballa, Latin Patriarch of Jerusalem, which was followed by dancing, singing and storytelling performances in the Notre Dame Center of Jerusalem.

The official International Migrants Day was actually on Sunday, September 25th, but because of the feast of Rosh Hashanah in Israel, the celebration had to be postponed. This day, which was born in 1914 and always takes place on the last Sunday of September, has taken on new importance with Pope Francis, who has placed the issue of migrants at the heart of his agenda. This year’s theme is called “Building the future together with migrants and refugees.”

“For me, this celebration had three main significant points,” said Fr. Nikodemus Schnabel, OSB, Patriarchal Vicar for Migrants and Refugees. “The first is that today again, our people, who are marginalized and invisible, who are without privileges, felt that their Patriarch has a heart for them, loves them, sees them, and supports them. I think for him to preside over this celebration, to say publicly you are part of the church and I as a Patriarch, I say you are my brother and my sisters, was really a point of empowerment. Then there’s the internationality, the diversity of this community which comes from many countries, and which shows different faces, rites and cultures, yet who today celebrated together as one. Then finally, the presence of religious men and women who are not migrants and refugees, yet who came anyway to participate in this celebration, showing curiosity and open-mindedness toward another kind of Christianity, that is not native, yet that is also part of the Church of the Holy Land.”

During the Mass, Patriarch Pizzaballa spoke of the resilience and strong faith of the Migrants community, who, despite facing many challenges regarding legal status and poor living conditions, keep showing to the rest of the world great hope and joy. "What strikes me most," he said during the homily, "when I meet Fr. Nikodemus and his staff, is to feel that, in spite of everything, in the midst of these situations of hardship, your faith does not diminish, but is the strength that sustains you. You show testimony of strength and determination that always amazes us and sustains and empowers us as well."

After the celebration, the different communities were able to put their culture in the spotlight by performing dances and songs on stage. "Today is a great day for us because we were able to celebrate together in community and in joy," said Aude, a French-speaking African woman. "We bless the name of the Lord for this day and for allowing us to celebrate with our Patriarch.”