Carmelites celebrate Our Lady of Mount Carmel in Haifa 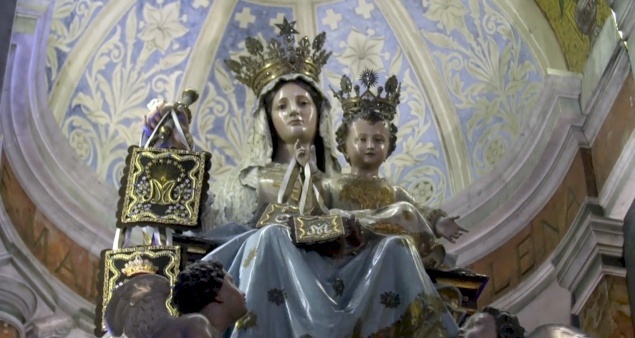 Carmelites celebrate Our Lady of Mount Carmel in Haifa Available in the following languages:

HAIFA – On Friday, July 16, 2021, the Carmelites celebrated the Feast of Our Lady of Mount Carmel at the Stella Maris Monastery in Haifa. Franciscan priest Br. Bruno Varriano, Guardian and Rector of the Basilica of the Annunciation in Nazareth, presided over the solemn Mass.

Concelebrating were Br. Attilio Ghisleri, General Delegate of the Order of Discalced Carmelites, Fr. Marwan Di’des, parish priest of Nazareth, in the presence of H.E Bishop Boulos Marcuzzo, Latin Patriarchal Vicar of Jerusalem, in presence of Carmelites and Franciscans, Religious Men and Women, as well as a large number of faithful for the first time since the outbreak of the pandemic in the Holy Land.

In his homily, Fr. Marwan spoke about the Virgin Mary, who is the mother of Christ and the mother of all of us, as we, the faithful, are brothers of Christ and thus the children of His mother the Virgin Mary. This fact is based on the mystery of Incarnation. In his reflections, Fr. Marwan focused on the words of Dante Alighieri, the famous Italian poet, in his book The Divine Comedy, “O virgin mother, daughter of the Son, humble beyond all creatures and more exalted”.

On the sixteenth of July of every year, the faithful around the world celebrate the feast of Our Lady of Mount Carmel, in commemoration of the appearance of the Virgin Mary to the Carmelite Brother St. Simon Stock in 1251, accompanied by angels while he was praying, and carrying the Carmelite habit, the Brown Scapular, so that “He who dies clothed with this habit shall be preserved from eternal hell. It is the badge of salvation, a shield in times of danger, and a pledge of special peace and protection”. St. Simon later wrote his well-known Marian prayer “Flos Carmeli”.

For this reason, the celebrant priest blesses the Brown Scapular of the Virgin Mary at the end of the Mass of Our Lady of Mount Carmel.

The celebrating priests, Religious Men and Women, as well as members of the choir, gathered after Mass for lunch at the guest house. 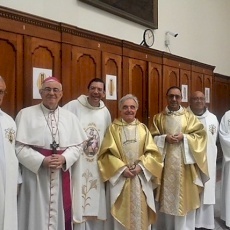 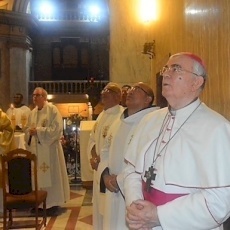 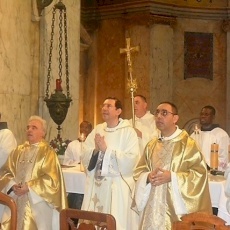 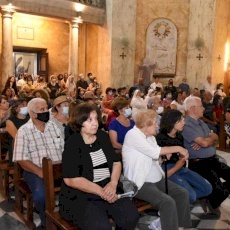 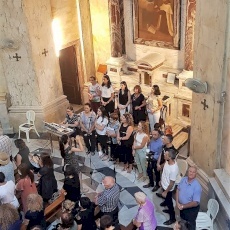 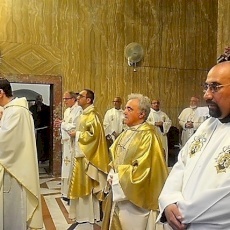 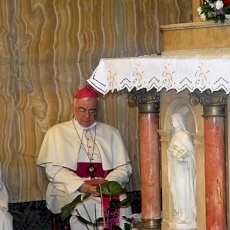 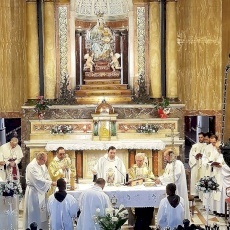 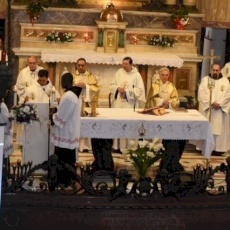 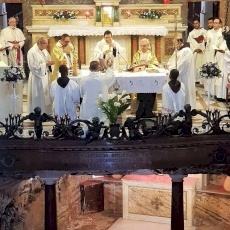 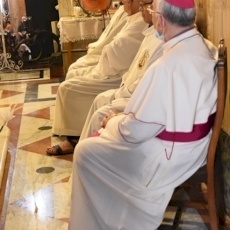 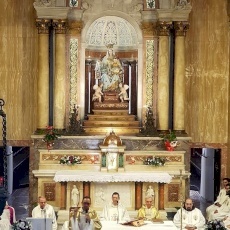 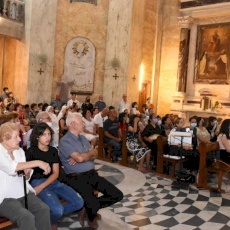 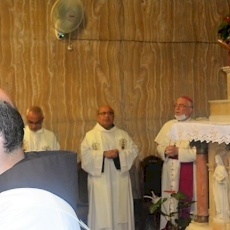 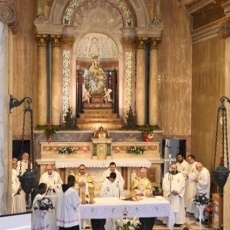 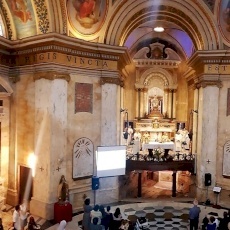 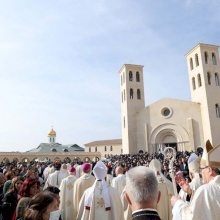 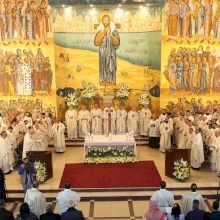