We just learned of a new act of racist vandalism that was committed at the Palestinian village of Taybeh, east of Ramallah, where Hebrew-graffiti was sprayed on a wall and a car was torched.

Yesterday, tens of cars were damaged and anti-Arab graffiti, written in Hebrew, were found at the Arab town of Jaljulia (central Israel).

These two incidents follow many other similar attacks, which have been committed recently, especially against Palestinian properties in the West Bank.

We strongly condemn these racist acts of vandalism. We also urge the Israeli authorities to investigate seriously these apparent hate crimes and to bring those responsible and those who incite for such crimes to justice as soon as possible. 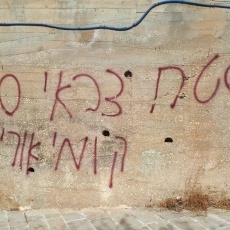 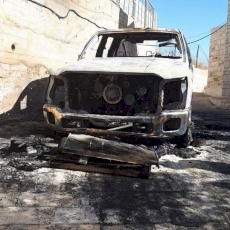 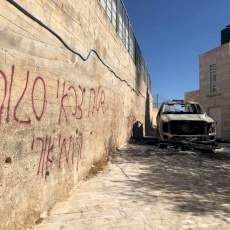