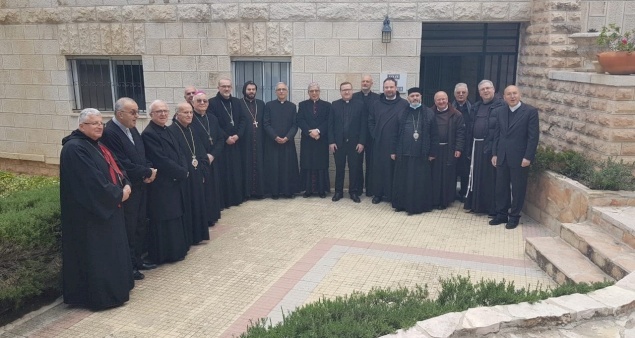 Catholic Ordinaries' statement on the war and the Consecration of Russia and Ukraine Available in the following languages:

Statement of the Catholic Ordinaries

about the war in Ukraine

The Assembly of the Ordinaries of the Holy Land expresses the highest concern about the situation in Ukraine. United with Pope Francis who said that there is no justification for “the violent aggression against Ukraine” which is “a senseless massacre (…) a repetition of slaughter and atrocities”, we repeat the Christian doctrine stating that war should never be a solution of any problems. The violence and the bloodshed are unacceptable and should be stopped. We pray for Peace and call all who may finish this conflict to take the necessary steps to bring peace. We invoke the intercession of the Blessed Virgin Mary, the Queen of Peace and entrust Her our brothers and sisters who suffer because of the war.

We call all the faithful to participate in the solemn Act of Consecration of humanity, especially of Russia and Ukraine to the Immaculate Heart of Mary that will take place on March 25th. Let us be united in prayer that day and continue to call upon the Merciful Father to help us obtain Peace. 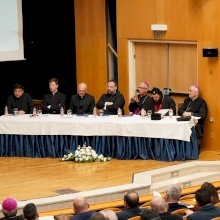