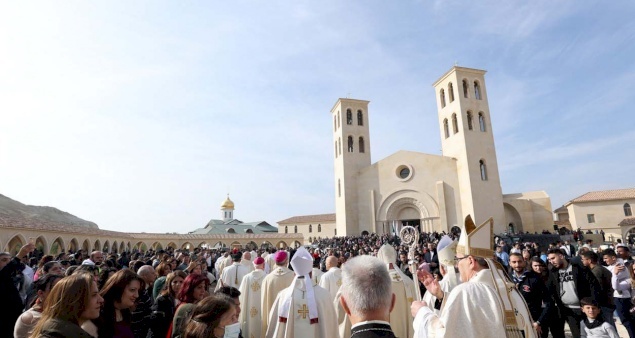 Celebrating the pilgrimage to the baptismal site of Christ in Jordan Available in the following languages:

AL-MAGHTAS – On January 13th, 2023, in the Baptism Site of Jordan, His Beatitude Pierbattista Pizzaballa, Latin Patriarch of Jerusalem, presided over a Mass on the occasion of the 23rd annual and National Day of Pilgrimage to the Baptism Site of the Lord.

The celebration was preceded by a press conference, during which the Patriarch reminded everyone how the foundation stone of the church in which the Feast was celebrated was laid in 2009 by then Pope Benedict XVI himself, with the participation of His Majesty King Abdullah II and Her Majesty Queen Rania Al Abdullah. He then thanked all those who contributed to its establishment and construction. Although the church is yet not finished, the Patriarch emphasized the importance of the place, encouraging pilgrims to come and stay for a spiritual retreat.

Mgr Nicholas Hudson, titular Bishop of St Germans, also spoke during the press conference about the Holy Land Coordination's yearly visit to the Holy Land and the Baptismal Site. Him and many other members of the Coordination concelebrated the Mass for the feast the Baptism. "We will return to our country filled with joy and spiritually refreshed, and we will advise all the faithful and bishops to make a pilgrimage to this holy place a priority," he said.

This site, which is also known as Bethany Beyond Jordan and sometimes Bethabara, has been venerated as the original location of the Baptism of Christ by John the Baptist since the Byzantine period. It has been a World Heritage Site of the UNESCO since 2015.

After the press conference, the Patriarch, accompanied by his delegation, filled jars with water from the Jordan river, to be used during the Mass for the blessing of the faithful, as a sign for the renewal of their baptism vows.

The scouts then led the procession to the church to begin the Mass, which was concelebrated by Mgr Jamal Daibes, Patriarchal Vicar for Jordan, Mgr Joseph Jebara, Melkite Catholic Archbishop of Jordan, and Mgr Mauro Lalli, Chargé d’Affaires of the Apostolic Nunciature, as well as many representatives of other churches, including Syriacs, Orthodox, Chaldeans, Armenians and Maronites.

In his homily, His Beatitude commented on the Gospel of the Baptism of Christ, by emphasizing on the response John the Baptist received from Jesus due to his incomprehension of Christ’s request - "Let it be so now; it is proper for us to do this to fulfill all righteousness." (John 3:15). "His response reveals that, unlike human justice, the Justice of God is mercy, revealed in the person of Christ," said the Patriarch. "Today, as you renew your baptismal vows, you also say 'Let it be so' to the Holy Spirit, by whom you became a new creation. You allow him to work through you by deciding to live in the spirit and not in the flesh, by practicing love, mercy, patience and forgiveness, in your families and communities." 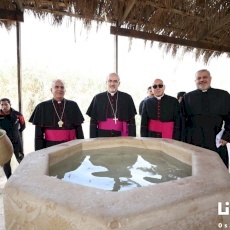 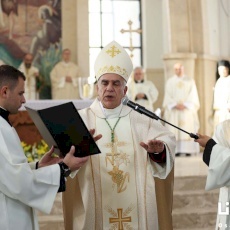 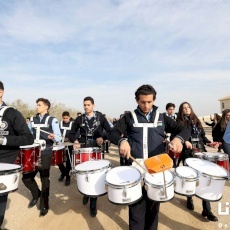 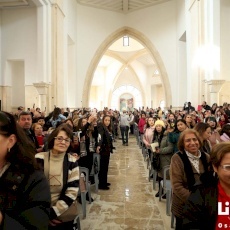 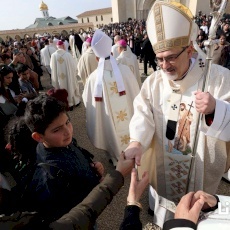 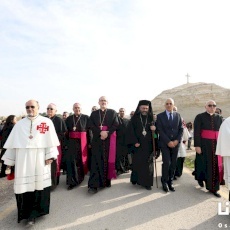