Celebration of the Feast of Saint Mary Magdalene in Magdala 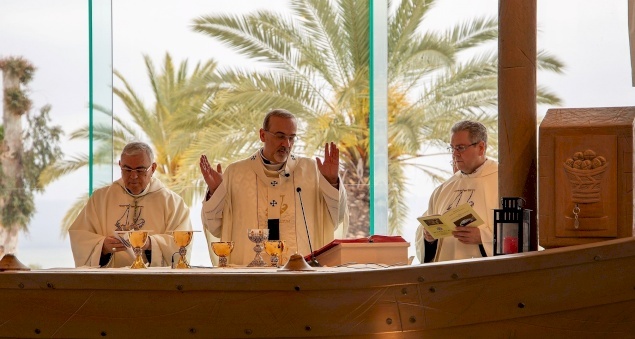 Celebration of the Feast of Saint Mary Magdalene in Magdala Available in the following languages:

MAGDALA - On Saturday, April 10, 2021, the Feast of St. Mary Magdalene was celebrated on the archaeological site of Magdala, on the shore of the sea of Galilee, during a solemn Mass presided over by His Beatitude Pierbattista Pizzaballa, Latin Patriarch of Jerusalem, in the presence of a few Religious men and women.

Each year, pilgrims from around the world gather among the remains of the home village of St. Mary Magdalene in Magdala, to commemorate her feast in the Duc in Altum sanctuary, which was inaugurated and dedicated in May 2014 by His Beatitude Patriarch Emeritus Fouad Twal. This year, however, the number of participants was reduced to a few Religious men and women only, due to the outbreak of Covid-19. The sanctuary was called Duc in Altum following the letter Novo Millennio Ineunte of St. John Paul II in 2001, meaning “Put out into the deep”.

The liturgical feast of St. Mary Magdalene is usually celebrated on July 22. In the Holy Land, however, H.E. Bishop Boulos Marcuzzo, when he was still Vicar in Nazareth, asked if it was possible to celebrate this feast the first Saturday after Easter, for Mary was the first person to whom the Risen Lord appeared and the first to announce His resurrection before the disciples.

This celebration is organized by the Regnum Christi Movement, the Legionaries of Christ and the consecrated men and women.

In his homily (read it here), Patriarch Pizzaballa referred to the important role of Mary Magdalene, the woman “who was possessed by seven demons and lived in sin, but who was saved by the encounter with Jesus.” His Beatitude observed that the Gospel begins with "a woman who consents and accepts to become the Mother of the Lord and welcomes him in her womb, beginning the history of redemption. At the end of the Gospel, we have a woman, Mary of Magdala, who enters first into a relationship with the Risen Lord.”

To be forgiven by the Lord, His Beatitude concluded that we need to “recognize ourselves as sinners; meet Christ and allow oneself to be forgiven by Him; love Him; recognize Him alive in us; testify.” Praying for Mary of Magdala to “intercede for us and introduce ourselves to the joy of the Risen Christ. May it become our proclamation here, today, and in daily life.”

The Magdala Center is built on the archaeological area that houses the ruins of the village of Magdala. It includes a church, archaeological remains including a mosaic of Galilee, artifacts and statues, and a large guesthouse with 150 rooms. 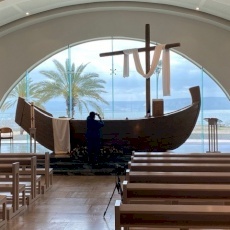 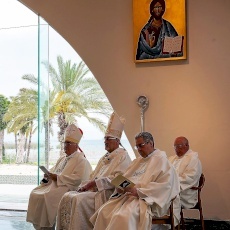 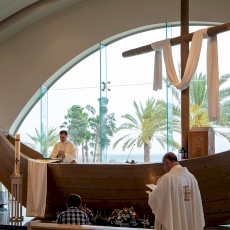 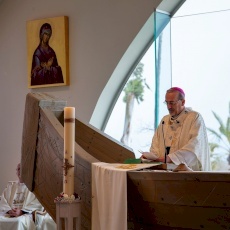 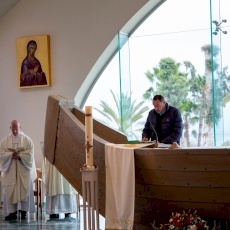 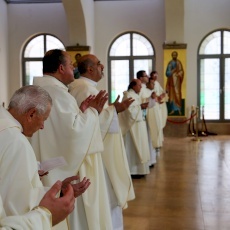 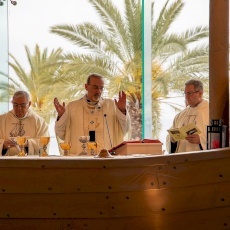 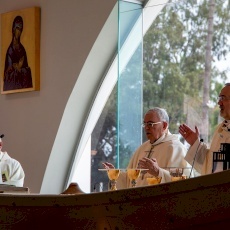 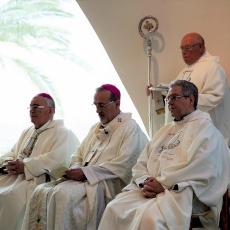 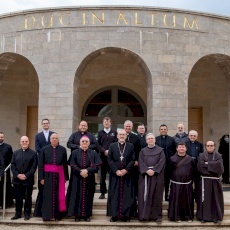 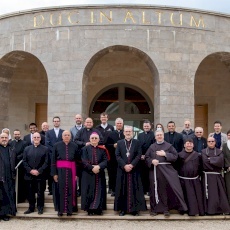 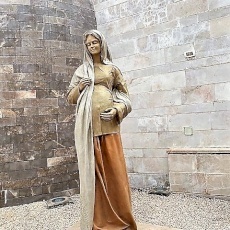 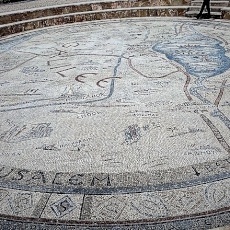 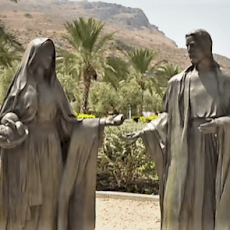 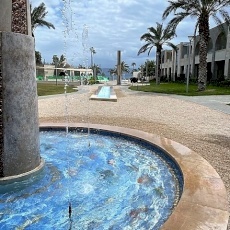 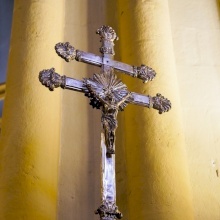 “The pain that becomes love”: Feast of the Exaltation of the Holy Cross 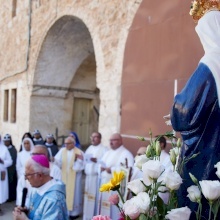 Feast of Our Lady of Hortus Conclusus: “You are a garden enclosed, my sis... 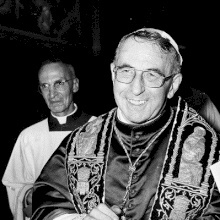 Beatification of Pope John Paul I: "Let us never tire of proclaiming the...