By: Catechetical Office of the Latin Patriarchate - Published: October 19 Fri, 2018

Christian Schools’ students in Jerusalem pray the Rosary after invitation of Pope Francis Available in the following languages:

JERUSALEM – After the encouragement of Pope Francis to pray the Rosary during the month of October; and in response to the initiative of the Pontifical Foundation Aid to the Church in Need, “One Million Children Praying the Rosary” for unity and peace in the world, the Catechetical Office of the Latin Patriarchate of Jerusalem has invited all the Christian schools within the Diocese to participate in this initiative.

In addition, the Catechetical Office prepared a special program for the students, between the third and sixth grade, from the local Christian schools in the City of Jerusalem: Terra Sancta, Collège des Frères, Our Lady Del Pilar, Schmidt and Rosary Sisters; to pray the Rosary on Thursday October 18, 2018; at 9:00 AM. 230 students with their teachers from the mentioned schools were gathered at the Co-Cathedral of the Latin Patriarchate.

Sr. Virginie Habib and Ms. Nadine Bitar from the Catechetical Office said that “after reading the letter that calls for this prayer, we, as Church of Jerusalem felt that this invitation especially spoke to us. The letter sent by the Pontifical Foundation to the children of the world spoke about the miracle that took place in the City of Jaffa of Nazareth, where Saint Mary Alphonsine and a group of children who prayed the Rosary asking the Virgin Mary to save a little girl after falling in a well.”

“Today, we are gathered at the Latin Patriarchate Co-Cathedral, the birthplace of the Rosary Sisters Congregation and the birthplace of the Saint. Saint Mary Alphonsine was born and had lived her whole life in Jerusalem. She made her first vows and founded an Order that she named the “Rosary Order” after the Virgin Mary asked her to do so. Saint Alphonsine dedicated her life and mission to spread the Rosary prayer to all parishes and schools of the Diocese. Thus, the children of Jesus’ homeland joined the children of the world in praying “Hail Mary full of grace” to bring peace to our country and all the countries of the world.”

This initiative has taken its title and mission from the words of Saint Pio da Pietrelcina: “If a million children pray Rosary together, then the world will change.” The initiative was accepted and adapted all around the world and by many parishes in Palestine.

In addition to October being dedicated for praying the Holy Rosary; the 18th of this month was the feast of Saint Luke the Evangelist, who introduced the childhood of Jesus Christ in his Holy Gospel and was known by his proximity to the Virgin Mary.

At the end of the ceremony, the students were blessed with the relics of Saint Mary Alphonsine, returning to their schools filled with joy. 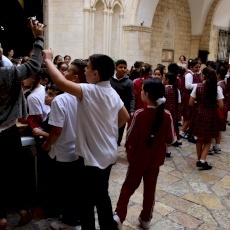 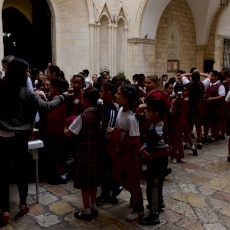 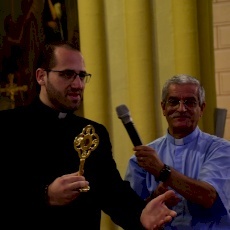 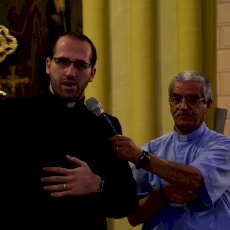 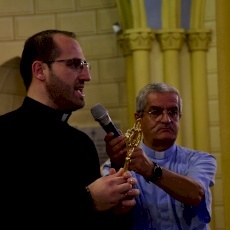 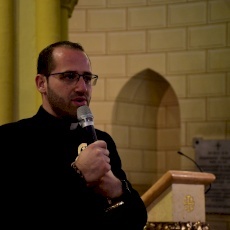 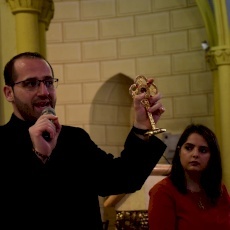 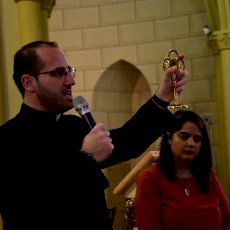 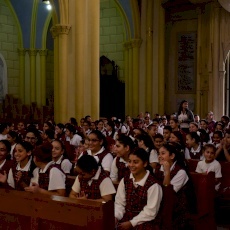 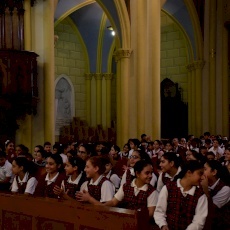 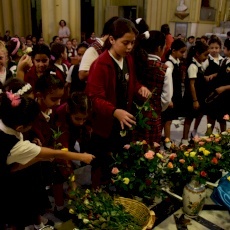 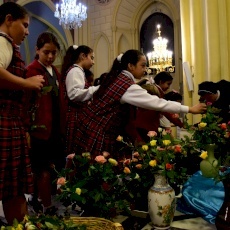 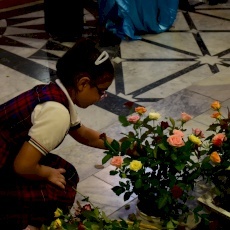 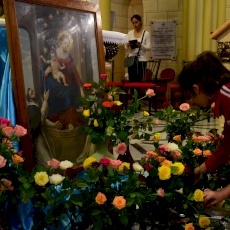 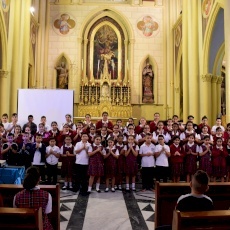 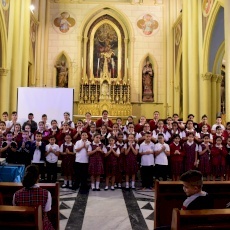 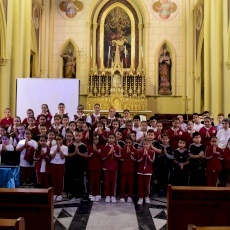 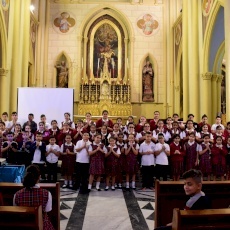 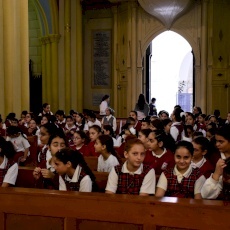 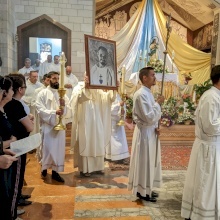 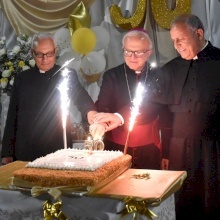 Celebrating Golden Jubilee of priesthood at the Beit Jala seminary 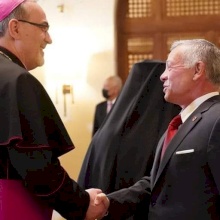