Christmas Gift Collection and Distribution at the Latin Patriarchate 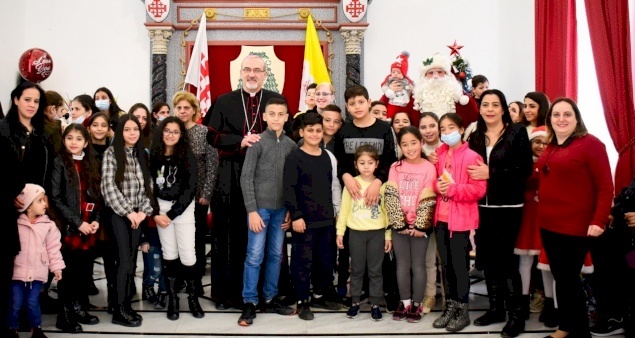 Christmas Gift Collection and Distribution at the Latin Patriarchate Available in the following languages:

For the end of the year, 24 families including 40 children celebrated Christmas with His Beatitude Pierbattista Pizzaballa and thanked him for the help they received throughout the year thanks to the Patriarchate. 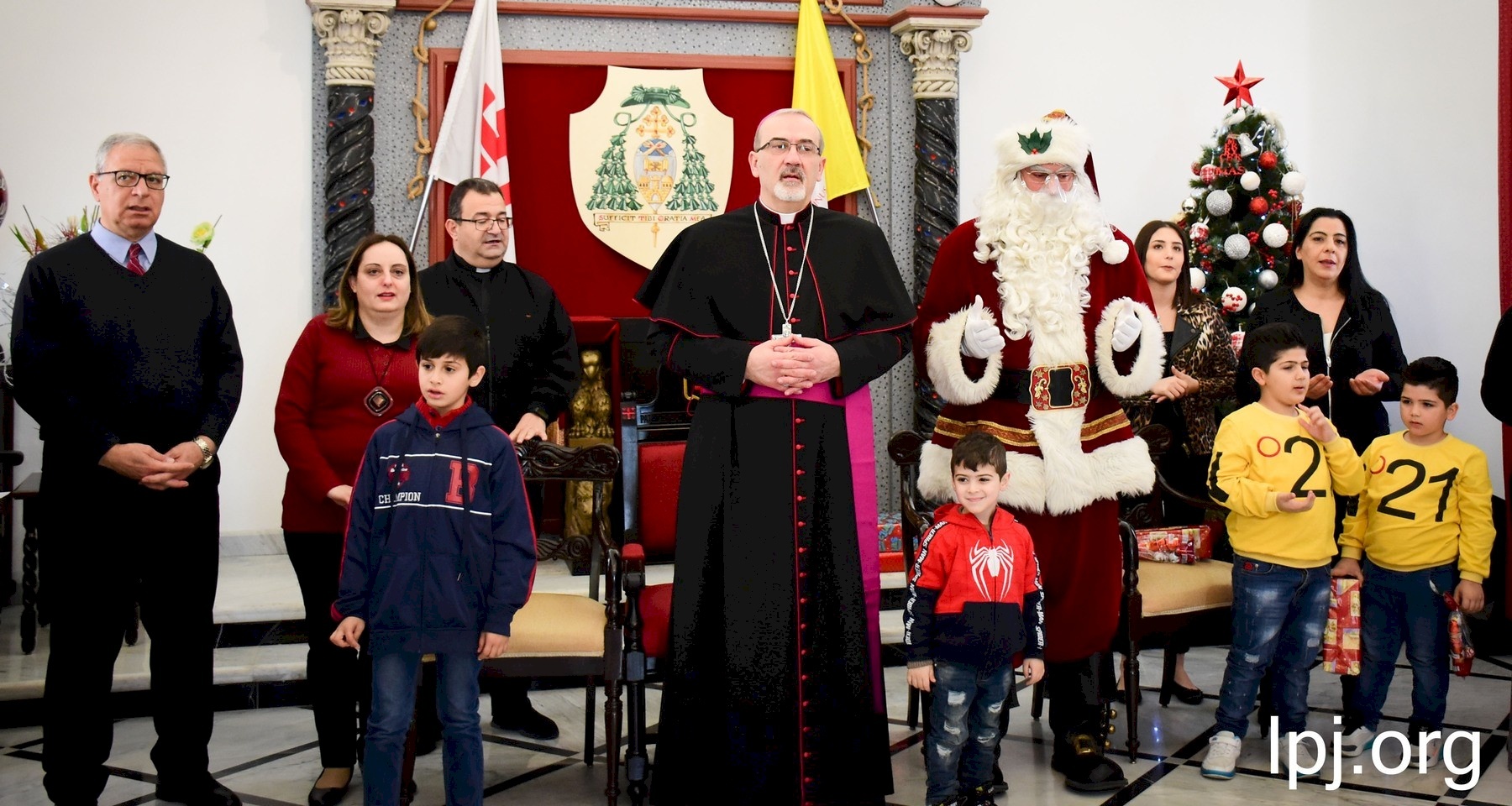 It’s the first time that such an event is organized within the Patriarchate. Under the direction of the Social Department, the families were first greeted by the General Administrator, Mr. Sami El-Yousef, then by the head of the department, Mrs. Dima Khoury, who welcomed them before conveying their messages of thanks and support to the Patriarch.

Among the families, three women personally expressed their gratitude and good wishes to Patriarch Pizzaballa on behalf of all Christians. Some of the children, who had prepared songs, poems and a drawing for the Patriarch, were able to give him their creations while receiving a round of applause from the other families.

“For these families, this event is like a dream come true," explains Dima, who supervised the event. "They always hear about the Patriarch from me, all the time. I pass on their messages to him, his messages to them... So, to meet him face to face, for them, it’s extraordinary." 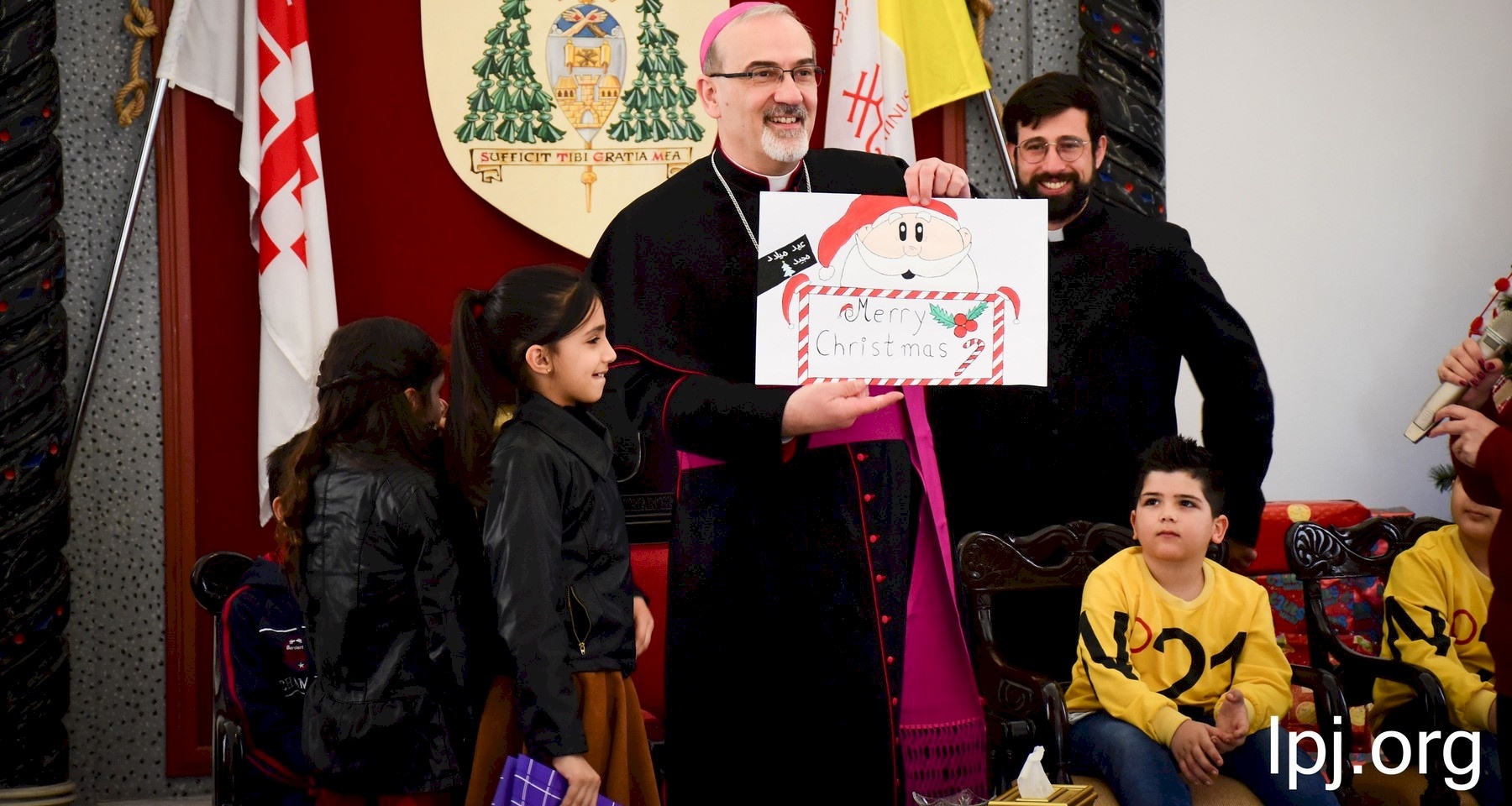 To buy gifts for all the children, the Patriarchate received a fund from the Order of the Holy Sepulchre. This fund was used not only in Jerusalem, but also in the West Bank, in all the parishes of the Latin Patriarchate.

Each child was called by name and received his or her gift from the Patriarch and Santa Claus. The event ended with a blessing, and then the families left with a few boxes of chocolate. "It's very beautiful, and the children are very happy with their gifts," said a young mother. 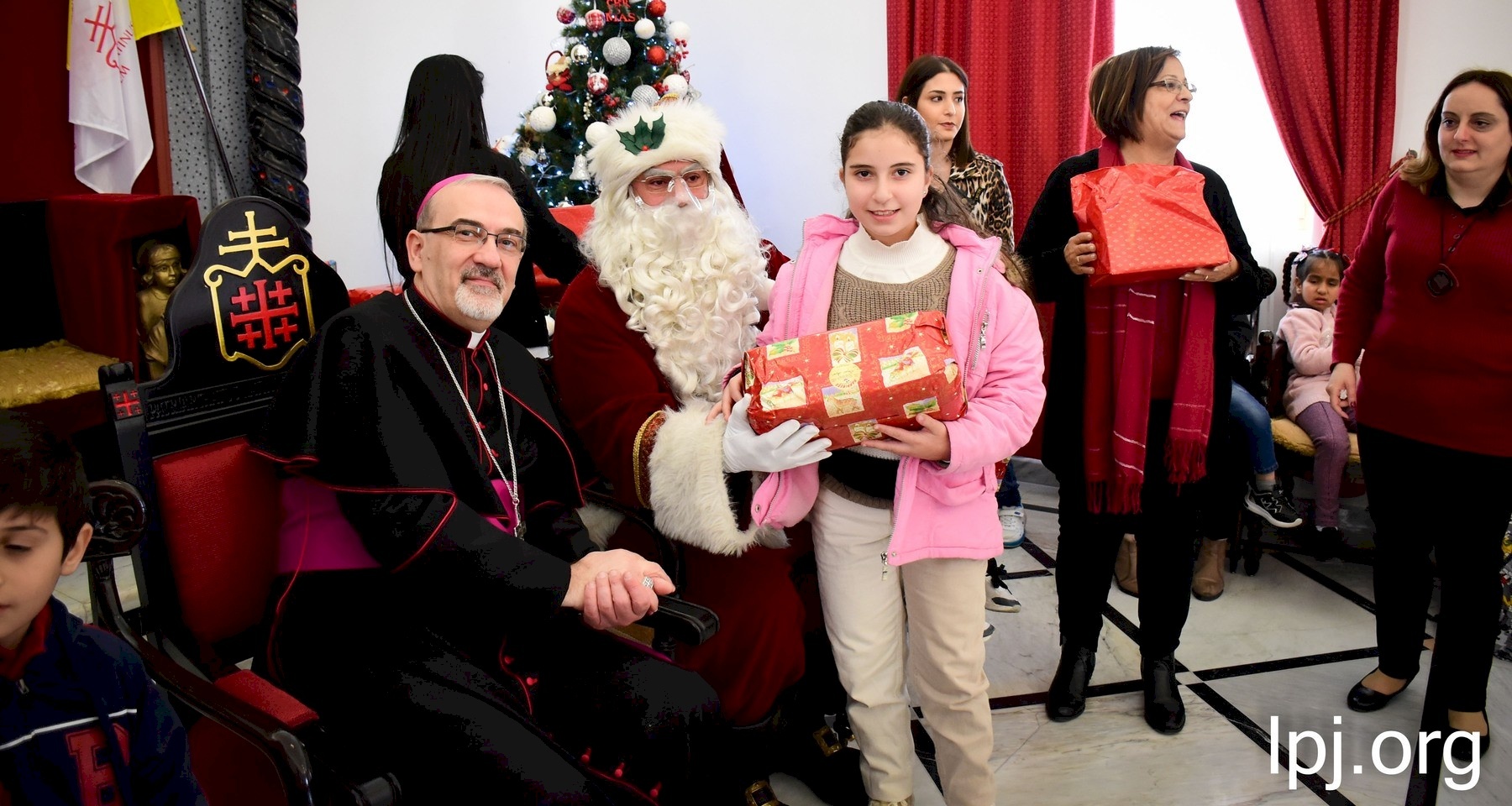 This is not the only Christmas initiative organized the Patriarchate. Inside the Patriarchate, the Social Department also decorated a Christmas tree with coupons on which are written gift ideas. Employees are free to choose the one they’d like to offer and buy the corresponding gift, so that it can be distributed to Christian families during Christmas. 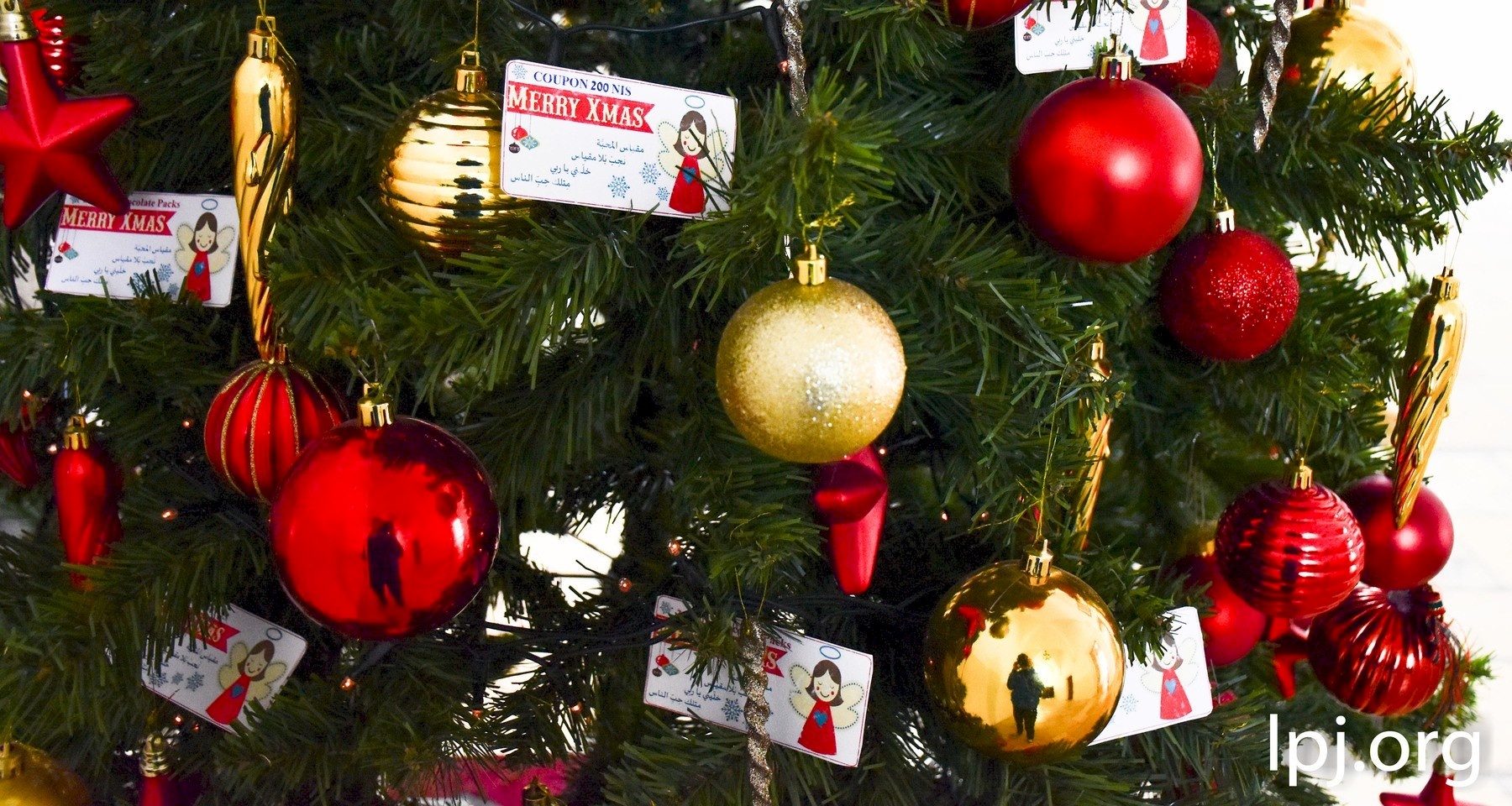 A fundraising campaign was also organized to support the neediest Christian families, especially those who deeply suffered from the COVID-19 pandemic. It began in November, in partnership with the Custody of the Holy Land, the Society of St. Vincent de Paul and Caritas Jerusalem, and it is planned to last one month. The aim is to provide families with coupons of 400 to 500 shekels.