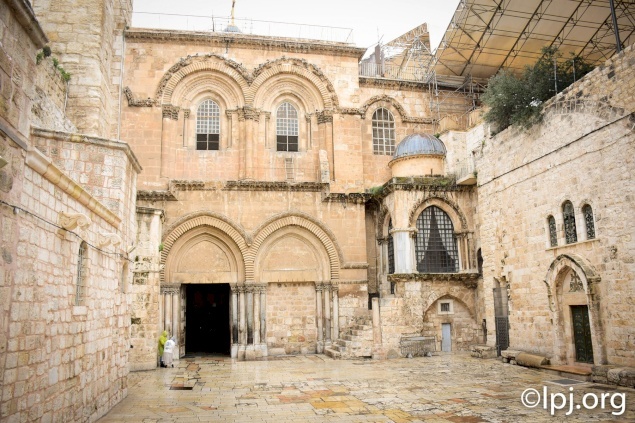 Coronavirus: latest updates from Jerusalem Available in the following languages:

JERUSALEM – The Holy City of Jerusalem has been witnessing unprecedented circumstances in the last days. It is not merely empty of its pilgrims and visitors, but also of a large portion of its inhabitants, especially after the closure of schools (including Christian schools), institutes and universities, and the cancellation of all hotel reservations for the months of March and April, those months which usually witness a tremendous increase in the number of pilgrims coming from all over the world to celebrate the Resurrection of Jesus in the Holy Land, which will affect the tourism sector including souvenir stores, tourism offices, hotels and restaurants.

Many restaurants have already closed, while the rest offer delivery services only. Sterilization procedures have also been undertaken in some parts of the city such as Damascus Gate, the Old City, the Via Dolorosa and the Church of the Holy Sepulcher.

This came after Prime Minister Benjamin Netanyahu, issued on Saturday, March 14, 2020, precautionary regulations in order to combat the spread of the novel coronavirus. These regulations include the ban of gatherings of more than 10 people, and the closure of all educational establishments including youth groups and extracurricular activities, starting Sunday, March 15, 2020.

The Israeli Health Ministry ordered the closure of gyms, pools, amusement parks, zoos, conference venues, heritage sites and all other recreation areas. On Monday, March 16, 2020, Netanyahu issued additional regulations imposing a state of emergency on the public sector, while the private sector will be expected to limit the number of its employees, sending 70% of them to work from home. The state of emergency does not apply to supermarkets, pharmacies, banks and welfare institutions.

The ban against group gatherings of more than 10 people also applies to religious activities, taking into consideration the maintenance of a distance of two meters from one another. The Health Ministry also recommended that people refrain from using public transportation as much as possible.

The issuance of these regulations came after the increasing rise in the number of Israelis diagnosed with coronavirus, reaching 427 on Wednesday morning, March 18, 2020. Five of the sick are currently in serious condition, with the rest suffering mild symptoms, while 11 have completely recovered, and over 200 are currently being hospitalized.

According to the Health Ministry, over 50,000 Israelis are under quarantines.

Regardless of the disapproval of many, the Israeli government has declared its intention to use digital tools to monitor cellphones, in order to make sure people are abiding by the quarantine, and to inform others who were close to someone diagnosed with the virus during the last two weeks prior to the diagnosis.

On Thursday, March 5, 2020, the Latin Patriarchate of Jerusalem issued precautionary guidelines to reduce the spread of coronavirus, which is not only limited to the “parishes, churches, chapels, religious houses and any other place of worship in the territory of Bethlehem, Beit Jala, Beit Sahour and Jericho”, but also “to the entire territory of Palestine”.

The Assembly of Catholic Ordinaries of The Holy Land also issued on Friday, March 13, 2020, additional guidelines to all parishes and churches, including the urge to adhere to the instructions of the civil authorities, to avoid gatherings, to refrain from kissing sacred icons and statues, to refrain from shaking hands and other precautionary guidelines.

The Vatican announced on Sunday, March 15, 2020, that the Holy Week celebrations in Rome would take place without the physical presence of the faithful, following the tremendous outbreak of the virus in Italy. However, the General Audiences and the Angelus presided over by the Holy Father will be available only in live streaming on the official Vatican News website, until April 12.

In Jerusalem, the land of the Passion and Resurrection of Christ, where thousands of pilgrims converge yearly to celebrate Easter and the Holy Week, this year’s celebrations are expected to witness preventive and restrictive measures. His Excellency Archbishop Pierbattista Pizzaballa, Apostolic Administrator of the Latin Patriarchate of Jerusalem, declared: “We are all experiencing a great sense of helplessness, we would like to do many things, but we cannot do them, and we must perhaps lift our gaze and give over to the Lord what we cannot do. In the Jewish world, for prayer to be valid, it is called in Hebrew “Minyan”, a group of at least ten men required for Jewish public worship. And I think that, at present, we Christians too must join this ancient tradition, being at least ten, therefore maintaining a community minimum.”

Regarding the Holy Week celebrations, he added: “We are thinking about how to celebrate the Holy Week. It’s all new, so it’s a big surprise for us too. Closing the Holy Sepulcher is not an option, so we should try a way of praying while respecting the law. The Holy Sepulcher is very big, perhaps we think of making two or three groups of ten maximum, separated from each other, giving up traditional processions, and going to the essential of the celebration of the Eucharist, of the mysteries that are celebrated in Holy Week”.

For their part, the Islamic endowments in Jerusalem declared on Sunday, March 15, 2020, the closure of the Al-Aqsa mosque and other mosques on the compound, including the Dome of the Rock, as a precautionary method to prevent the outbreak of coronavirus. All prayers shall be held in the vast esplanade of the mosque, bearing in mind the distance of two meters from one another. The closure includes 5 mosques.

On Sunday, March 15, 2020, senior Israeli police officers headed into the home of Lithuanian ultra-Orthodox rabbi, Chaim Kanievsky, leader of the Haredi community, after violating the regulations issued by the Health Ministry, by keeping Talmud Torah schools of tens of thousands of students open. He has later vowed to abide by the Ministry's measures by limiting the number of gathering students to 10 at a time. Leaders from other Jewish wings have abided by the closures.

In Jordan, The Council of Church Leaders issued measures on Saturday, March 14, 2020, in order to prevent coronavirus from spreading. The measures included the suspension of all Holy Masses and prayers in churches for two weeks, the limitation of funerals to the relatives of the deceased, the halt of all church activities and gathering for two weeks, and the limitation of engagement ceremonies to the couples and their families at their homes. 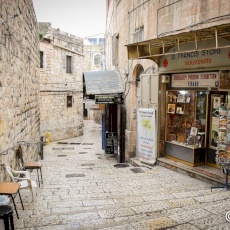 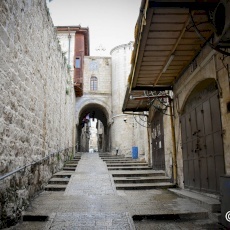 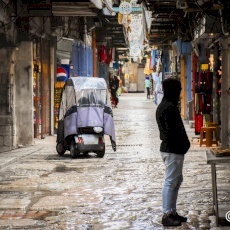 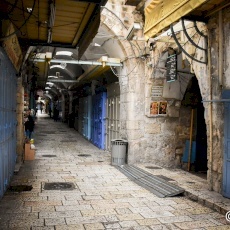 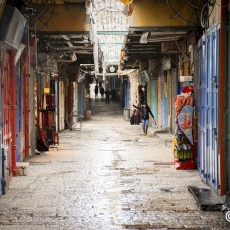 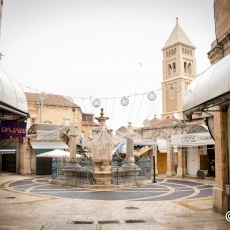 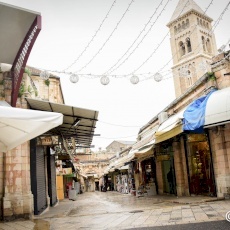 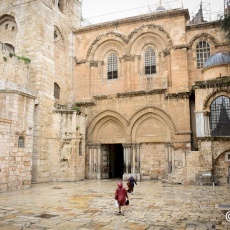 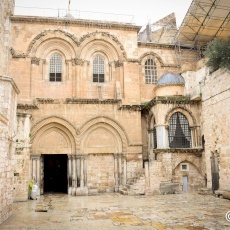 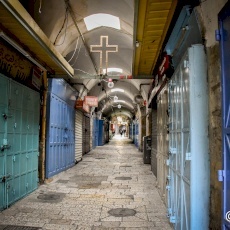 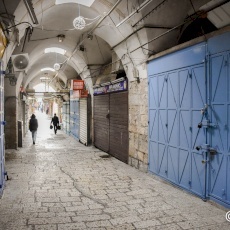 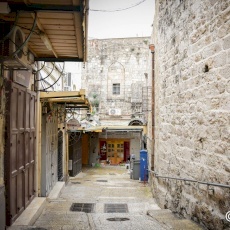