COVID-19: Palestinian tourism sector and economy can be salvaged only through official subsidies 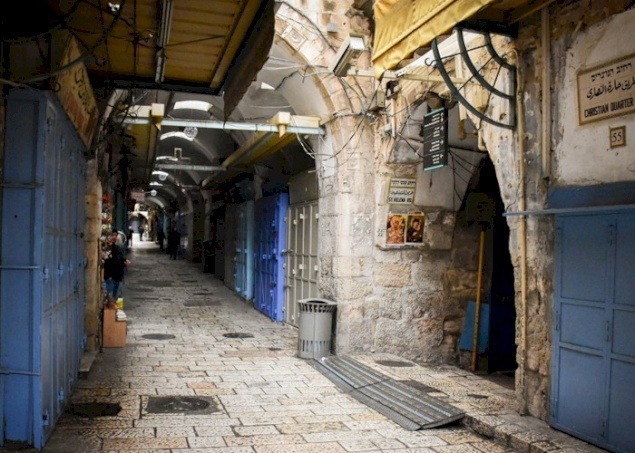 PALESTINE - With the start of the COVID-19 pandemic, the number of tourism activities suddenly dropped to zero. Now, five months later, all 32,000 Palestinians employed in this industry have become unemployed. The current difficulties and complications are exacerbated by the debts that the sector accumulated from large investments into the tourism sector during the past few years, especially in 2019. The tremendous damage caused by the loss of the tourism industry has devastated Palestine’s GDP and foreign exchange reserves.

Inbound tourism, the core of the Palestinian economy and that of East Jerusalem, is at the sector’s heart. All inbound tour operators have gained extensive experience in overseas markets, and the longstanding relationships that have been built over the years will face an inevitable existential problem if the crisis continues as expected for at least a year or even longer. In 2019, the number of tourists who came to the Palestinian Territories through Palestinian inbound tour operators in East Jerusalem and the West Bank exceeded 450,000 persons.

A number of significant issues of concern have begun to surface. First, much of the tourism industry is paralyzed, as high losses have been incurred due to canceled reservations and tickets, while debts cannot be collected because tourism companies in foreign countries have gone bankrupt. Second, the limited number of expected tourists in the upcoming tourist seasons will not be able to cover office costs or raise the value of operations. Third, tourist-service providers are unable to reappoint trained personnel and are thus not able to provide integrated services. Palestinian providers are faced with a market loss to Israeli, Jordanian, and Egyptian companies that are backed by substantial government budgets.

The bankruptcy of Palestinian incoming tour operators in East Jerusalem, Bethlehem, and Ramallah will inescapably lead to the liquidation of all tourism service providers, such as hotels, tourist guides, tourist transportation, restaurants, souvenir shops, and more.

The following tragic figures reflect the realities of the tourism sector. The number of tourists who visited Palestine (East Jerusalem and the West Bank) in 2019 reached 3.5 million; they arrived either through incoming tourism offices or on their own initiative. In 2019, the total direct and indirect revenue from inbound tourism into Palestine (not including Israel) amounted to about US$1 billion. The tourism industry in Palestine employs more than 32,000 persons through direct job opportunities in various tourism sectors.

Now, after the coronavirus outbreak, the total revenue has decreased dramatically to zero, and the situation will push us quickly into the total devastation of the tourism sector if the officials do not pay urgent attention to arranging financial support to stop the daily hemorrhage. The tourist hotels in East Jerusalem and the rest of Palestine employ more than 8,800 workers who support about 7,500 Palestinian families. As hotels and guesthouses offer 9,955 rooms with 17,830 beds, the total direct revenue in 2019, through hotels, at an occupancy rate of 70 percent throughout the year, amounted to US$176 million. The total expected direct losses in 2020 will be US$145 million, while indirect losses will be approximately US$75 million. We must bear in mind that the payback period for the return on investment for hotels is approximately ten years. Moreover, the discontinuation of the operation of these hotels will inevitably lead to bankruptcy for the providers of food and beverages, cleaning materials, and indirect services rendered to these hotels.

More than 135 restaurants in East Jerusalem and the rest of the Palestinian areas (West Bank) are specialized in providing lunch and dinner meals for inbound tourists who come from abroad. They employ more than 850 workers who support about 800 Palestinian families. The total number of dining chairs in East Jerusalem is 625 and in the West Bank 6,480. In 2019, the total direct revenue, with 60 percent occupancy throughout the year, amounted to US$2.2 million in East Jerusalem and US$5.1 million in the West Bank. Thus, total direct losses amounted to US$7.3 million. As the payback period for return on investment for this type of restaurant is approximately 3 years, without their functioning, some other related businesses will have to close down.

The current number of new tourist buses is 1,250. They range in size from large to small and include models from 2016 to 2020, with a total worth that reached US$280 million – before the COVID-19 crisis hit. Because these buses and coaches have been without work for five months, their market value has decreased by 30 to 40 percent. These buses employ 1,450 drivers who support approximately 1,400 Palestinian families. The current debts of the tourist bus owners to Israeli and Palestinian banks have reached the equivalent of US$85 million. The loss of a single bus per day without work reaches US$300.

A Palestinian tourist guide works an average of 140 days per year, with 650 Palestinian guides generating a total of US$21 million in revenues. Over 600 Palestinian families have now been without income for the last five months.
The losses incurred by souvenir shops and handicraft factories are also in the millions of dollars, as the average tourist spends a minimum of US$120 on a seven-day trip. Including the day visitors, over one million tourists entered the Palestinian Territories in 2019.

The spread of the coronavirus pandemic has precipitated an economic catastrophe of enormous proportions in Palestine. It is clear that no rescue attempts are being made, even for part of the tourism sector that is vital for the Palestinian economy. Banks will show no mercy to tourist hotels and their owners who are on the edge of insolvency. When this pandemic ends, we should not expect a quick return to the previous activity of incoming tourism. It will take a long time for the wheels to start moving again and for the world to return.

The official authorities must immediately establish a compensation fund. Who else can limit the extent of the terrible destruction to the embattled and besieged Palestinian economy?

Tony Khashram is the founder and managing director of Aeolus Tours, a full-service travel agency and tour operator for inbound and outbound tourism. He is also the president of the Holy Land Incoming Tour Operators Association (HLITOA), the private-sector association that represents 50 tour operators throughout Palestine. He is committed to supporting the Palestinian economy and GDP by strengthening the tourism sector.

This article originally appeared in the monthly magazine This Week in Palestine. 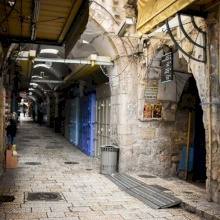 COVID-19: Palestinian tourism sector and economy can be salvaged only thr...