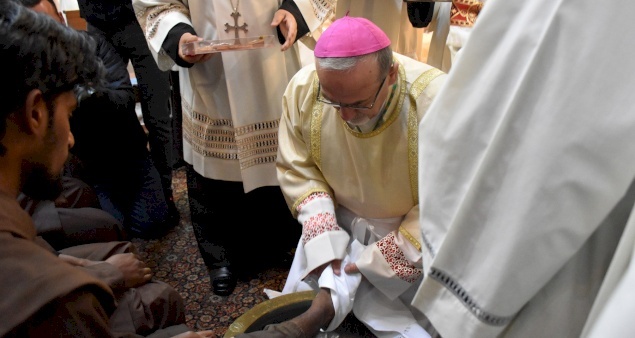 JERUSALEM - First day of Holy Week celebrations, Holy Thursday, which celebrates the last meal shared by Christ with his Apostles, was celebrated in a joyful and festive atmosphere through a beautiful mass at the Holy Sepulcher, followed by a Divine Office in the afternoon.

Throughout Holy Week, Christians around the world commemorate the events surrounding the Passion, death and resurrection of Christ. Monday is traditionally associated with the miracle of the barren fig tree (Mark, 11:12-14 and 11:20-24, Matthew, 21:18-22), the cleansing of the Temple (mentioned in all four Gospels), and the questioning of Christ's authority by religious leaders, (although the chronological order of these events is not clearly stated in the Gospels. The latter event is also often associated with Holy Tuesday).

Note that while in the West, Holy Monday is the second day of Holy Week (after Palm Sunday), in the East it is the third, because Saturday is associated with the miracle of the resurrection of Lazarus (and is also called "Lazarus Saturday").

As for Holy Wednesday, it is the day that commemorates the biblical episode of the Anointing of Jesus, during which He tells his disciples the parable of the debtors. It is followed by the conspiracy of Judas Iscariot with the Sanhedrin (the legislative assembly and supreme court of Israel), with the aim of handing Christ over to the authorities of the country.

In the Latin Church, these events are traditionally not commemorated in any particular way. It is not until Holy Wednesday that the Easter celebrations really begin, with the first vespers sung at the Holy Sepulchre. Presided over by Mgr Pierbattista Pizzaballa, Latin Patriarch of Jerusalem, they consist of three distinct parts, each of which focusing on a passage from the Gospels: Luke 13:31-35, John 12:20-36 and Matthew 26:1-16. Sometimes there is a fourth part, centered on the betrayal of Judas; this year, due to time constraints (because of the strict statu quo schedule), it was not included.

On Holy Thursday, the first day of the Paschal Triduum, the Mass is celebrated "in Coena Domini" ("at the table of the Lord"), with the foot-washing ceremony. If in the rest of the world, this Mass is accompanied by the Chrism Mass (during which the blessing of the oils of the catechumens, the sick, and the holy chrism takes place, as well as the renewal of the priestly promises), in Jerusalem, everything happens during in a single celebration, within the Basilica of the Holy Sepulchre.

This year, during his homily, Patriarch Pizzaballa asked the faithful and the religious of the world to "return to the community", insisting on the importance of the encounter with the Other. "We become a community of faith as ministers of the Word and Sacraments and as pastors of God’s people when we learn to listen to those around us before trying to teach them; when we learn to experience suffering before providing our own ready-made remedies for it; when we learn to experience God’s forgiveness before administering it to the others. We become a community of faith as lay members of the Church when we learn to collaborate in Christ's mission of love, by opening our eyes to what He accomplishes beyond the boundaries of our families, our close relatives and friends, our ethnic and cultural values, our social and political aspirations – however just they may seem to us."

Concluding with a procession around the Tomb of Christ, the celebration was followed during the afternoon by a Divine Office at the Holy Sepulchre. On the same day, during the evening, Holy Hour was celebrated in Gethsemani, presided by the Custos of the Holy Land, Fr. Francesco Patton. 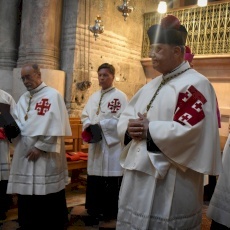 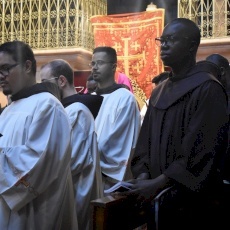 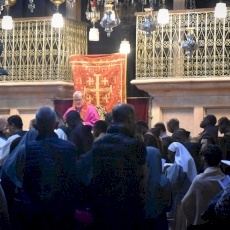 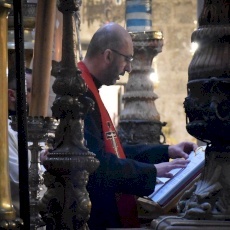 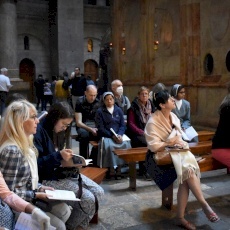 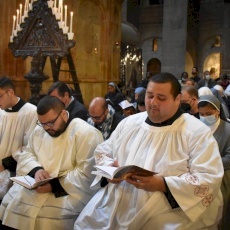 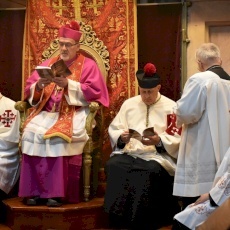 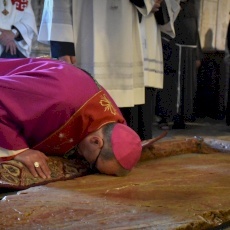 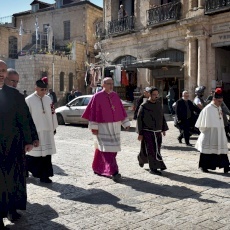 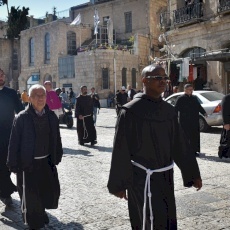 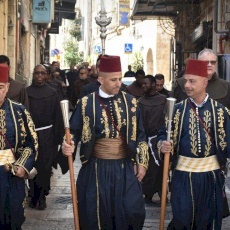 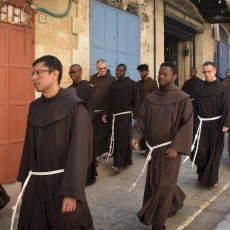