At Ecce Homo, the faithful commemorate Christ crowned with thorns 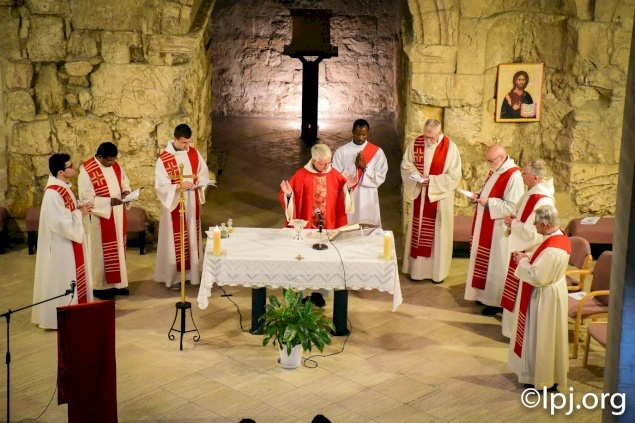 At Ecce Homo, the faithful commemorate Christ crowned with thorns Available in the following languages:

JERUSALEM - On Friday February 28, 2020, in the Basilica of Ecce Homo, the Sisters of Notre-Dame de Sion and the Chemin Neuf Community welcomed faithful and pilgrims during a mass celebrated in commemoration of Christ crowned thorns. The Mass, which took place as every year on the first Friday of Lent, was presided by Father David Sullivan M.AFR, before an assembly of mainly French faithful.

On the first Friday of Lent, at the Ecce Homo basilica on the famous Via Dolorosa in the Old City, a Mass was held to commemorate Christ crowned with thorns. The celebration gathered around 30 faithful, many of whom came from the French community in the Holy City.

Fr. David, originally from Ireland, presided over the Eucharistic celebration, surrounded by a dozen priests, including Fr. Benoît Bernard, rector of the French domain of Saint-Anne, Fr. Jean-Daniel Gullung, superior of the Augustinians of the Assumption, and Fr. Pietro Felet, scj, Secretary general of the Assembly of Catholic Ordinaries of the Holy Land.

Usually represented by its Consul General in Jerusalem, France was present this year in the person of its Deputy Consul, Mr. Rémy Bouallègue, himself accompanied by the Consulate's Counselor for Religious Affairs, Father Luc Pareydt.

In his Homily, pronounced in French, Fr. David returned to the episode of the Passion of Christ. On this day of commemoration of Christ crowned with thorns, he urged each faithful to wonder about the place he or she would occupy during this event and which character we can identify with.

Arabic, Hebrew and English-speaking faithful also recited passages from the Gospel in their mother tongue. A small group of musicians, composed of a pianist, a guitarist and a chorister who accompanied the songs throughout the Mass, also participated.

Some French volunteers were present at this Eucharistic celebration. Sent to the Holy Land by Catholic associations, some directly participated in the ceremony, as a Mass servant, or even within the group of musicians. 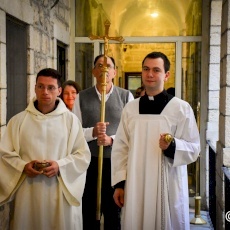 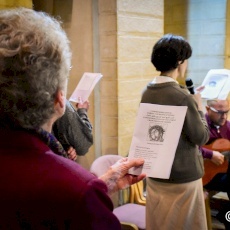 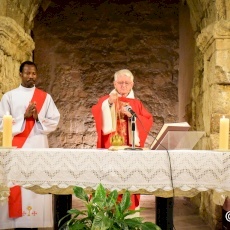 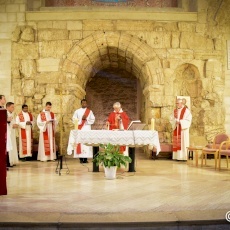 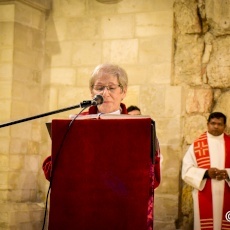 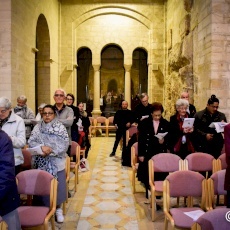 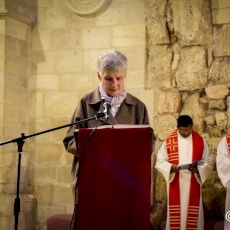 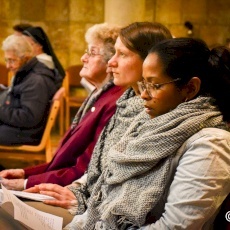 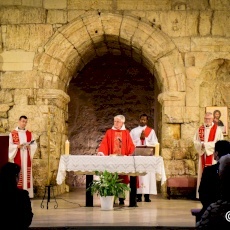 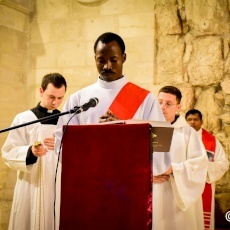 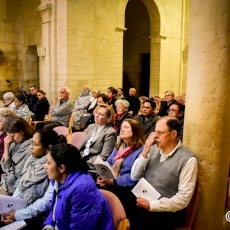 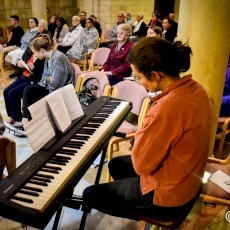 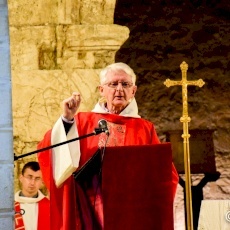 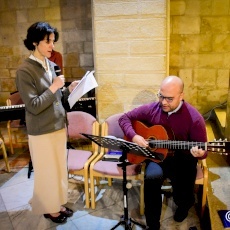 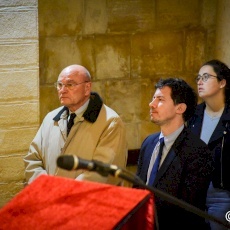 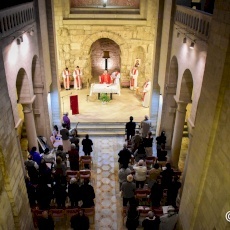 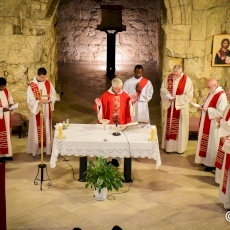 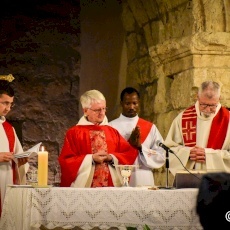 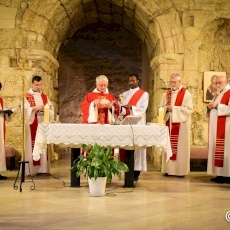 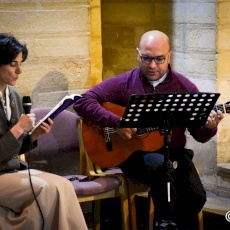 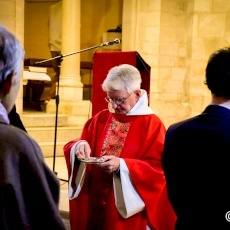